My blog from August 7th, 2018, heralded the clinical efficacy of two oligonucleotide drugs for transthyretin-related amyloidosis. One is an antisense oligonucleotide (ASO) drug, and the other is a short-interfering RNA drug. Five days before this notable achievement, Ionis Pharmaceuticals announced equally important news, stating that the European Medicines Agency granted accelerated review timelines for an ASO (IONIS-HTTRx) for the treatment of people with Huntington's disease (HD), a neurodegenerative illness.

IONIS-HTTRx is the first drug to demonstrate reduction of mutant huntingtin protein, the underlying cause of HD, which is the focus of the present blog. It should be noted that Ionis and Roche have a long-standing alliance when it comes to HD, under which IONIS-HTTRx (designated RG6042 by Roche) will be evaluated in a pivotal study of a larger patient population to further characterize its safety and efficacy profile in adults with HD.

Description: According to the NIH, HD (aka Huntington’s disease or Huntington’s chorea) is a progressive brain disorder that causes uncontrolled movements, emotional problems, and loss of thinking ability (cognition). Adult-onset HD, the most common form of this disorder, usually appears in a person's 30s or 40s. Early signs and symptoms can include irritability, depression, small involuntary movements, poor coordination, and trouble learning new information or making decisions. Affected individuals may have trouble walking, speaking, and swallowing. People with HD also experience changes in personality and a decline in thinking and reasoning abilities. Individuals with the adult-onset form of HD usually live about 15 to 20 years after signs and symptoms begin.

Frequency: HD affects an estimated 3 to 7 per 100,000 people of European ancestry. The disorder appears to be less common in some other populations, including people of Japanese, Chinese, and African descent.

Causes: As depicted here, mutations in the HD gene/HTT gene on chromosome 4 cause Huntington disease. The HTT gene provides instructions for making a protein called huntingtin. Although the function of this protein is unknown, it appears to play an important role in nerve cells (neurons) in the brain, primarily a group of nerve cells at the base of the brain known collectively as the basal ganglia.

The HTT mutation that causes HD involves a DNA segment known as a CAG trinucleotide repeat. Normally, the CAG segment is repeated 10 to 35 times within the gene. In people with HD, the CAG segment is repeated 36 to more than 120 times. People with 36 to 39 CAG repeats may or may not develop the signs and symptoms of Huntington disease, while people with 40 or more repeats almost always develop the disorder. 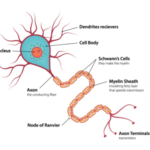 CAG codes for glutamine, therefore an increase in the size of the CAG segment leads to the production of an abnormally long version of the huntingtin protein. The elongated protein is cut into smaller, toxic fragments that bind together and accumulate in neurons, disrupting the normal functions of these cells. The dysfunction and eventual death of neurons in certain areas of the brain underlie the signs and symptoms of HD.

As the altered HTT gene is passed from one generation to the next, the CAG trinucleotide repeat often increases in size. A larger number of repeats is usually associated with an earlier onset of signs and symptoms. People with the adult-onset form of HD typically have 40 to 50 CAG repeats in the HTT gene, while people with the juvenile form of the disorder tend to have more than 60 CAG repeats.

Individuals who have 27 to 35 CAG repeats in the HTT gene do not develop Huntington disease, but they are at risk of having children who will develop the disorder. As the gene is passed from parent to child, the size of the CAG trinucleotide repeat may lengthen into the range associated with HD (36 repeats or more).

Genetic Testing: There are 64 available genetic tests for HD listed at a NIH website that you can access here. Among these 64, I am most interested in the 7 tests described as “sequence analysis of the entire coding region,” which to me seem to be the most definitive approach. Of these 7 tests, I clicked on this link for the test named “HTT,” which was the only one of these tests offered by a U.S.-based company, namely, Fulgent Genetics near Los Angeles, CA. While this HTT test is described as using “massively parallel sequencing,” which Fulgent specifies as an Illumina® test, this test’s clinical validity and clinical utility are described as “not provided.” I assume this means that this HTT test can be ordered by a doctor for informational purposes. In any case, there is a tab given for “How To Order” that interested readers can consult.

PCR aficionados will recognize HHT’s CAG repeats to be GC-rich, making them difficult to faithfully amplify on Illumina platforms or through other types of ensemble sequencing methods. However, this can be mitigated by using TriLink CleanAmp® 7-deaza-dGTP. Amplification-free methodology is also available. For example, a poster abstract by Pacific Biosystems (PacBio) describes how a novel approach using CRISPR/Cas9 for specific targeting of individual human genes, followed by PacBio’s single-molecule long-read sequencing methods, enables sequencing of complex genomic regions that cannot be investigated with other technologies. HTT CAG repeat-regions were successfully sequencing in this manner.

Use of an ASO to interfere with the expression of mutant HTT can be traced back to 20 years ago, through the following series of publications by various research groups:

Of these, interested readers can consult the last item by Kordasiewicz et al. (2012); a lengthy, detailed report by collaborators at four sites, including Ionis (then named Isis Pharmaceuticals). In brief, this study demonstrated that transient infusion of ASOs into the cerebral spinal fluid of symptomatic HD mouse models not only delays disease progression, but mediates a sustained reversal of disease phenotype that persists longer than the huntingtin knockdown. Reduction of wild type huntingtin, along with mutant huntingtin, produces the same sustained disease reversal. 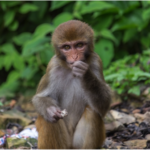 Readers who are practiced in synthetic or medicinal chemistry are likely interested in the structure of IONIS-HTTRx. After considerable research, I found a SlideShare on LinkedIn, shown below. The SlideShare shows a 5-10-5 20-base gapmer comprised of ‘Generation 2+’ ASO with all-phosphorothioate- and 2’ MOE-modifications. It should be noted, however, that this is only an exemplary generic structure, as the actual sequence is proprietary, according to Anne Smith, the Director of Clinical Development at Ionis, who I contacted for permission to show this image.

Before outlining future clinical studies of this ASO in the next section, I’ll conclude this section by providing a link to more than 100 items listed in Google Scholar for “Huntington and TriLink,” which can be perused later, as there are many interesting finds. One exemplary item that caught my attention was a patent for single-domain antibodies, which can be used in therapeutic methods to inhibit huntingtin protein aggregation.

In December 2017, Roche acquired development and marketing rights to RG6042 from Ionis. According to an article from September 24, 2018 in Huntington’s Disease News, two new clinical studies by Roche of IONIS-HTTRx—now RG6042—for HD are planned to start by the end of 2018, and will begin enrolling participants by early 2019. These studies will help researchers understand progression of HD and the therapeutic effectiveness of RG6042, which may ‘potentially be the biggest breakthrough in neurodegenerative disease in the past 25 years,’ according to an interview with C. Frank Bennett, PhD, Ionis’ Senior Vice President of Research and franchise leader for the neurological programs.

The upcoming HD Natural History study and the Phase 3 GENERATION HD1 trial were announced at the recent 2018 European Huntington’s Disease Network plenary meeting in Vienna. The 15-month HD Natural History study will assess the correlation between mutant huntingtin protein in cerebral spinal fluid and in other clinical measures of HD, and will also evaluate wearable devices to measure disease burden. There is no therapeutic treatment in this study, as the goal is to understand the natural progression of the disease. The study will include up to 100 early-stage symptomatic patients at sites in the U.S., U.K., Canada, and Germany, and its results are expected to provide valuable information for the Phase 3 GENERATION HD1 study.

The two-year, global GENERATION HD1 trial will evaluate the long-term safety and effectiveness of RG6042 in up to 660 patients with symptoms of HD. It will be ‘the world’s first Phase 3 study to measure the effect’ of a therapy that lowers the amount of mutant huntingtin protein, according to Bennett. The trial will be conducted at 80 to 90 sites in 15 countries around the world.

On October 17, 2018, The Breakthrough Prize Foundation and its well-known sponsors—Sergey Brin, Priscilla Chan and Mark Zuckerberg, Ma Huateng, Yuri and Julia Milner, and Anne Wojcicki, announced the recipients of the 2019 Breakthrough Prize, awarding a collective total of $22 million to nine researchers for important achievements in the Life Sciences, and in Fundamental Physics and Mathematics. Considered the world’s most generous science prize, each Breakthrough Prize is for $3 million. 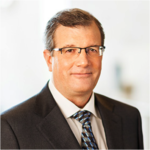 C. Frank Bennett. With his permission

By remarkable coincidence, The Breakthrough Prize in Life Sciences this year was jointly awarded to C. Frank Bennett at Ionis, and Adrian R. Krainer at Cold Spring Harbor Laboratory. The citation reads “for the development of an effective antisense oligonucleotide therapy for children with the neurodegenerative disease spinal muscular atrophy.”

Spinal muscular atrophy (SMA) is a rare but devastating disease, and the leading genetic cause of infant death. Many children with SMA die before their second birthday. Now, it is no longer a death sentence. Frank Bennett, a pharmacologist, and Adrian Krainer, a biochemist, built upon their discoveries on antisense technology and the natural process of RNA splicing to produce the first drug to treat SMA—Nusinersen (marketed by Biogen as Spinraza). It was approved by the FDA in 2016.

Those who are interested can learn more about SMA and Nusinersen by reading my October 2016 blog, which discusses this exciting breakthrough.

The work by Bennett on an ASO for treatment of SMA, and now his principal involvement in the development of IONIS-HTTRx as a promising drug for HD, are extraordinary contributions to science and society.

I’m more than pleased to have had the opportunity to collaborate with Frank in the early days of Isis Pharmaceuticals.

After writing this blog, I came across some important news regarding the identification of sensitive indicators of HD progression and outcome of therapeutic intervention. Byrne et al. assessed mutant huntingtin (mHTT) and neurofilament light (NfL) protein concentrations in cerebrospinal fluid (CSF), as well as blood in parallel with clinical evaluation and magnetic resonance imaging in premanifest and manifest HD mutation carriers. The concentration of CSF mHTT accurately distinguished between controls and HD mutation carriers, whereas NfL concentration, in both CSF and plasma, was able to segregate premanifest from manifest HD. These findings were said to provide evidence that biofluid concentrations of mHTT and NfL have potential for early and sensitive detection of alterations in HD, and could be integrated into both clinical trials and the clinic itself. 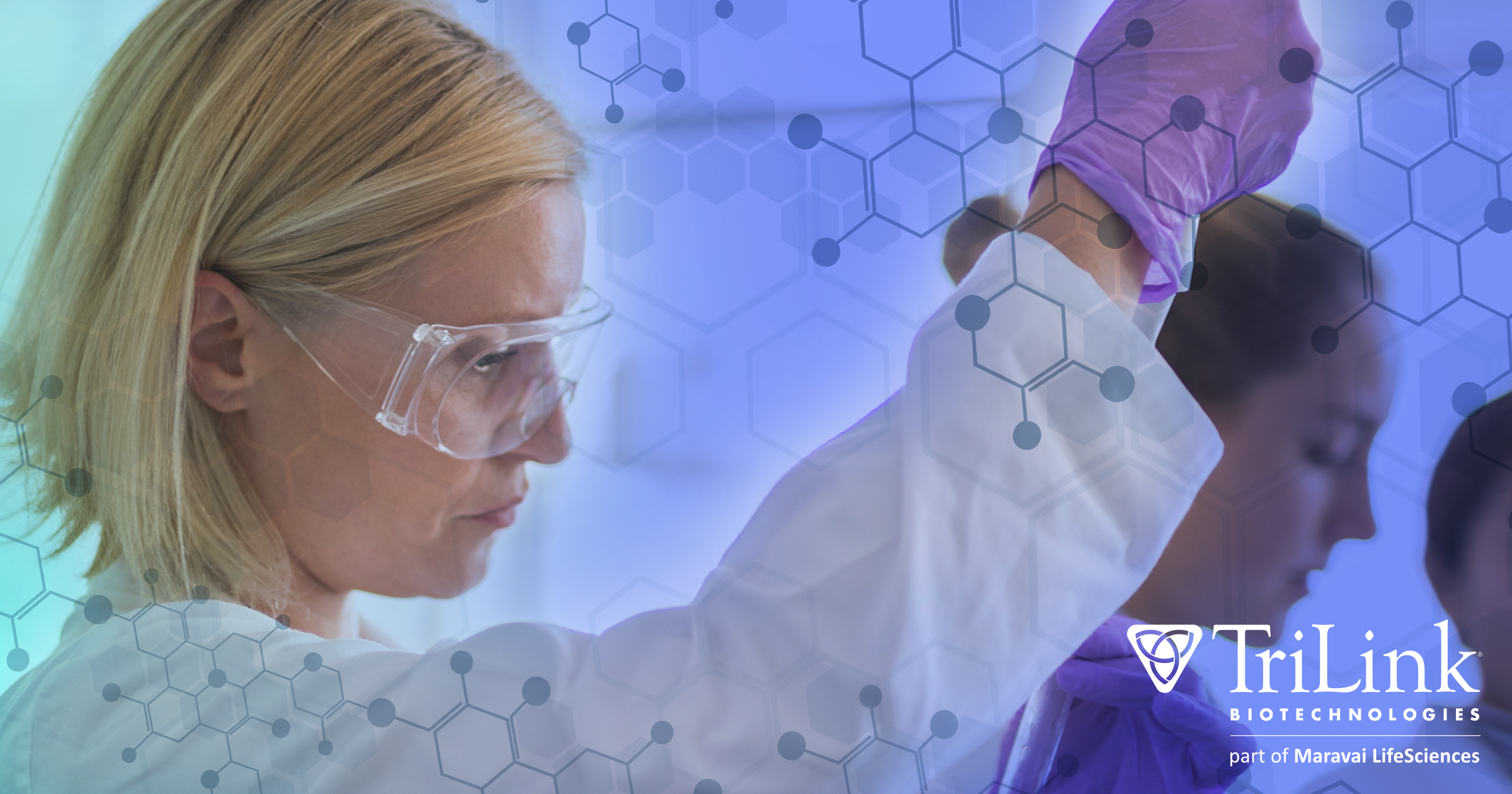