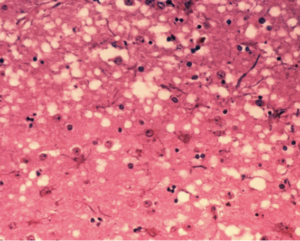 Micrograph of brain tissue revealing the histopathologic changes found in bovine spongiform encephalopathy. Taken from publicdomainfiles.com and free to use.

Creutzfeldt–Jakob disease (CJD) was first described by German neurologist Hans Gerhard Creutzfeldt in 1920, and then by Alfons Maria Jakob, which is how the disease got its name. CJD remained a rare neurodegenerative disease of unknown etiology until 1968, when biopsy material taken from the brain of a patient with CJD was reported to induce similar fatal brain damage in a chimpanzee 13 months after inoculation. It is now known, according to an NIH Fact Sheet, that CJD belongs to a family of human and animal diseases known as transmissible spongiform encephalopathies (TSEs).  Spongiform refers to the characteristic appearance of infected brains, which become filled with holes until they resemble sponges when examined under a microscope, as seen here.

TSEs are more commonly referred to as prion diseases. The term prion was first coined in a 1982 publication in Science by Stanley B. Prusiner, MD (pictured here) who “denoted a small proteinaceous infectious particle, which is resistant to inactivation by most procedures that modify nucleic acids.” Up until this point, all infectious diseases were thought to be transmitted by abnormal DNA or RNA, not proteins. Prusiner was awarded the Nobel Prize in Physiology or Medicine in 1997 for his work in systematically piecing together the scientific evidence for this radically new biological principle of infection. 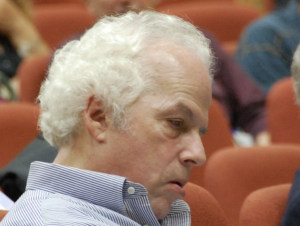 Stanley B. Prusiner, MD. Uploaded June 5, 2007 to commons.wikimedia.org and free to use.

Prusiner, who was then at the University of California, San Francisco (UCSF), has remained at UCSF and is now Director of the Institute for Neurodegenerative Diseases, and Professor in the Department of Neurology. He is engaged in research related to prion, Alzheimer, and Parkinson diseases, according to PubMed search results. Following Prusiner’s landmark article in 1982, there have been ~800-900 new prion-related reports per year over the past decade, indicating a high-level of sustained interest in prions, as shown by this chart. 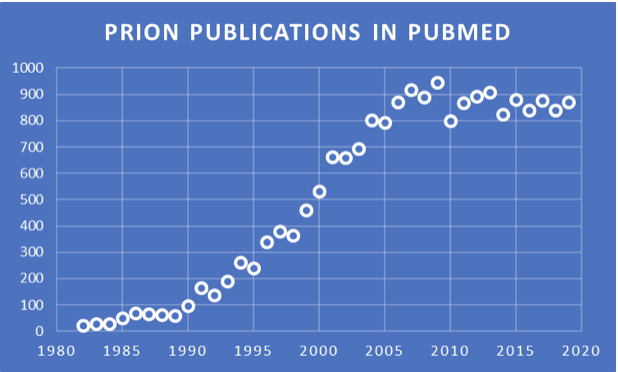 How Do Prions Cause CJD? 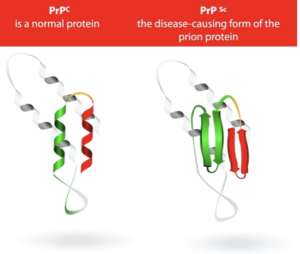 The NIH Fact Sheet on CJD states that the normal, harmless prion is usually designated as PrPC (C stands for cellular), while the abnormal, infectious form that causes the disease is PrPSc (Sc stands for scrapie, the prototypical prion disease). As depicted here, the infectious prion originates from a normal protein, whose conformation has changed to one that causes the disease. The normal prion protein is found throughout the body, though it is most abundant in the nervous system. Its overall role is not fully understood, but it is believed that the harmless to infectious protein conformational change is common to CJD and all other TSEs.

In the acquired form of the disease, the PrPSc comes from the outside the body, for example, through PrPSc-contaminated meat. It then binds to and changes the conformation of the normal PrPC protein of the host, and progressively spreads in a domino-like fashion towards the brain, where it causes lesions. By contrast, in the hereditary form, infectious prions can arise when a mutation occurs in the gene for the body’s normal prion protein in a person’s sperm or egg cells. The mutated PrPC spontaneously changes shape into the infectious PrPSc form, again in a domino-like manner.

In the sporadic form, the infectious prions are believed to be made by an error of the cell machinery that makes proteins and controls their quality. These errors are more likely to occur with aging, which explains the general advanced age at onset of CJD and other TSEs. Once they are formed, abnormal prion proteins aggregate, or clump together. Investigators believe that these protein aggregates lead to nerve cell loss and other brain damage characteristic of CJD. However, how this damage occurs remains a mystery.

Google Scholar search results for “oligonucleotides targeting prions” leads to a large number of publications and patents, including examples that cover various mechanisms of pharmacological intervention, such as (1.) sequence-specific hybridization of antisense oligonucleotides (ASOs) to prion-encoding mRNA, (2.) non-specific binding of phosphorothioate (PS)-modified oligonucleotides to prions, and (3.) sequence-selected RNA aptamer binding to prions. A similar search in which the term “oligonucleotides” was replaced with “siRNA” also led to numerous items.

The remainder of this blog will focus on two exemplary investigations of ASOs. The first is a 2012 report by Nobel Laureate Prusiner and collaborators that involved intracerebral infusion of ASOs into prion-infected mice, which revealed non-specific PS effects. The second is a 2020 report by Reidenbach et al. that involved a large inter-institutional team, which provided new insights on these and other confounding pharmacological issues in an effort to address further development of ASOs for possible treatment of CJD .

Screening and Intracerebral Infusion of ASOs

As an initial strategy, Prusiner and collaborators synthesized and screened 78 ASOs with 2′-O-(2-methoxy) ethyl (MOE; see Glen Research) gapmer chemistry (see the Zone) targeting selected regions across 2,200-bp of mouse PrP mRNA in a mouse endothelial cell line. From this panel, they identified the 10 most active ASOs for PrP mRNA knockdown by dose response, based on qRT-PCR. The three most effective ASOs were then screened for efficacy in reducing PrPC and PrPSc in normal and scrapie cells, respectively. These three ASOs were tested for RNA and protein knockdown in the brain by intracerebral administration into the left lateral ventricle through a cannula using an implanted Alzet osmotic pump. Of the three most effective ASOs, gapmer 771 was chosen for further study in scrapie-infected mice.

Comparison of data for the three ASOs and a control sequence-scrambled oligonucleotide revealed that there was some non-sequence-specific reduction of PrPC expression, which was more pronounced for PrPSc levels. The prion-specific ASO 771 suppressed PrPC expression by binding to prion mRNA and rendering these transcripts susceptible to digestion by RNase H. Independent of the ASO sequence, PS oligonucleotides reduced PrPSc levels, as previously reported by Kocisko et al. and  Prusiner et al.

he mechanism by which ASOs diminish PrPSc remains to be determined; it is unclear whether ASOs exert their anti-prion action by inhibiting nascent PrPSc formation or accelerating PrPSc clearance.” These mechanistic questions are an appropriate segue to more recent investigations briefly outlined in the next section. 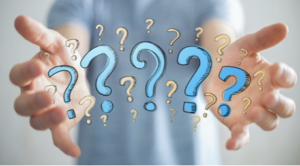 With reference to prior reports, the introduction to the 2020 publication by Reidenbach et al. states that “the question remains as to why the apparently potent interactions between ASOs and PrP appear not to contribute to in vivo efficacy.” Consequently, they replicated previous reports of a sequence-independent interaction, but also provided evidence that this non-specific interaction involves aggregation, and that it requires ASO concentrations that may not be sustained in bolus dosing paradigms. Either or both of these factors may explain the lack of sequence-independent activity in vivo.

Taken from Reidenbach et al. Biomolecules 2020, 10(1), 1. © 2019 by the authors. Licensee MDPI, Basel, Switzerland. This article is an open access article distributed under the terms and conditions of the Creative Commons Attribution (CC BY 4.0) license and free to use.

All ASOs and heparin showed isotherms consistent with a saturable binding event driven by enthalpy, despite a decrease in entropy. Calculated affinity (Kd) values were similar, in the low- to mid-nanomolar range, for all tested ASOs, including a fully PS 20-mer used as a previous generation of control ASO and the mixed PS/PO backbone ASOs with MOE and/or cEt modifications employed more recently. This suggested that the lack of in vivo efficacy of non-PrP-targeting ASOs in recent studies was not due to chemical differences in PrP affinity between ASO chemistries.

Dynamic light scattering. Taken from commons.wikimedia.org and free to use.

During attempted NMR experiments to elucidate PrP-ASO binding in solution, the presence of an opaque white solid was observed, suggesting that PrP had precipitated. Subsequent experiments confirmed the formation of visible aggregates within seconds or minutes of addition of ASO to PrP. To quantify this aggregation, dynamic light scattering (DLS) was performed on ASO, PrP, or mixtures of the two, as depicted here. The results demonstrated that ASOs can aggregate together with recombinant PrP when the two are mixed in vitro. Importantly, measurements of PrP concentration in human cerebrospinal fluid (CSF)—as a biomarker for ASO efficacy—were not impacted by the addition of ASO.

he inefficacy of non-PrP-lowering ASOs against prion disease in vivo may be because their apparent activity in vitro is an artifact of aggregation, or because the concentration of ASOs in relevant compartments within the central nervous system (CNS) quickly drops below the effective concentration for sequence-independent anti-prion activity after bolus dosing into CSF.” Collectively, “[t>

the further development of PrP-lowering ASOs and of CSF PrP as a pharmacodynamic biomarker.”

The aforementioned possibility of using quantification of PrP in CSF as a biomarker for clinical development drugs for CJD and related prion diseases led me to search the current literature, with hopes of finding new and promising indications. I am pleased to say that I did, and I will briefly outline my findings below. 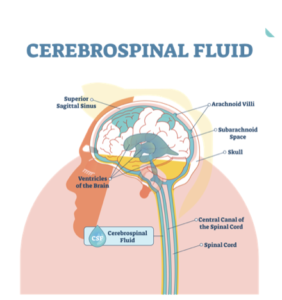 In 2019, a relatively large international team of experts published a report (Vallabh et al.) in the highly respected journal Proceeding of the National Academy of Sciences titled Prion protein quantification in human cerebrospinal fluid as a tool for prion disease drug development. The introduction states that “[r>

eduction of prion protein in the brain is a well-supported therapeutic hypothesis, and ASOs with this mechanism of action are currently in development.” Clinical trials of these and other types of PrP-lowering therapies will be enhanced by early determination of whether PrP is indeed being lowered effectively at a tolerated dose. The brain is the target tissue for any prion disease therapeutic, but is difficult to monitor directly.

Depiction of an exemplary ELISA assay.

CSF is produced by the choroid plexus of the ventricles. It flows in and around the spinal cord, and is in intimate contact with interstitial fluid of brain parenchyma. CSF more closely reflects the biochemistry of the brain than blood or any other accessible tissue, and it is obtainable through a minimally invasive lumbar puncture. PrP levels in CSF range from tens to hundreds of nanograms per milliliter within the range of standard protein detection assays, according to Vallabh et al. The researchers therefore assessed the technical performance of a commercially available PrP ELISA assay across 225 human CSF samples, spanning a range of diagnoses for suitability of CSF PrP as a pharmacodynamic biomarker for PrP-reducing therapeutics.

Vallabh et al. found that CSF PrP is highly sensitive to adsorption to plastic during handling and storage, but its loss can be minimized by the addition of detergent. Blood contamination does not affect CSF PrP levels, and CSF PrP and hemoglobin are uncorrelated, suggesting that CSF PrP is CNS derived. These findings support its relevance in monitoring the tissue of interest and high PrP abundance in brain relative to blood. In a cohort with controlled sample handling, CSF PrP exhibits good retest reliability and a low coefficient of variation. Vallabh et al. concluded that, “[t>

ogether, these findings supply a method for monitoring the effect of a PrP-reducing drug in the CNS, and will facilitate development of prion disease therapeutics with this mechanism of action.” 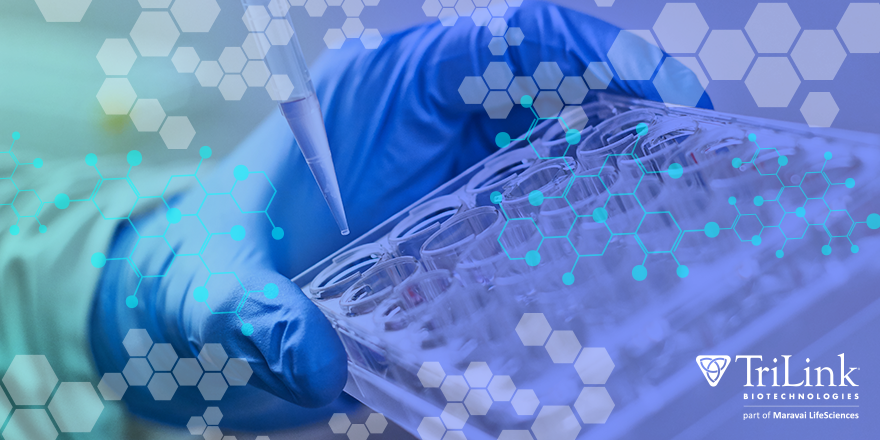