Parkinson's disease (PD) is a neurodegenerative condition. It is the second most common disease in the U.S. after Alzheimer’s. According to statistics provided by the Parkinson’s Foundation, more than 10 million people will be living with PD worldwide in 2020, including nearly one million people in the U.S. Approximately 60,000 Americans are diagnosed with PD each year. Because PD is so prevalent in society, April is designated as Parkinson's Awareness Month to help support those affected by the disease, while encouraging further research into finding a cure or adequate treatment. 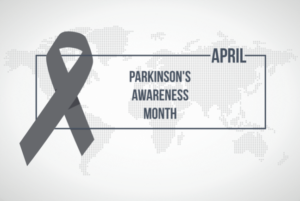 In keeping with this spirit of support for PD awareness, and the Zone’s focus on what’s trending in nucleic acid research, this blog will discuss PD-related publications in 2019-2020, including therapeutic approaches using antisense oligonucleotides (ASOs) or small molecule (SM) targeting of mRNA motifs, the latter of which is attracting increased attention. Additional topics include the possible role of exosome-encapsulated long noncoding RNAs (lncRNAs) in the occurrence of PD, and the use of CRISPR/Cas9n gene editing of human induced pluripotent stem cells (iPSCs) for treating PD.

Background information on the pathology and molecular aspects of PD can be read in the Zone blog posted on April 2, 2019. Importantly, multiplications, mutations, and single nucleotide polymorphisms in the SNCA gene encoding alpha-synuclein protein (aSyn) either cause PD or increase the risk for it. Intracellular accumulations of aSyn lead to the formation of Lewy bodies, which are pathological hallmarks of PD. For this reason, reducing aSyn production has been extensively pursued as a pharmacological strategy in disease-modifying therapy for PD. 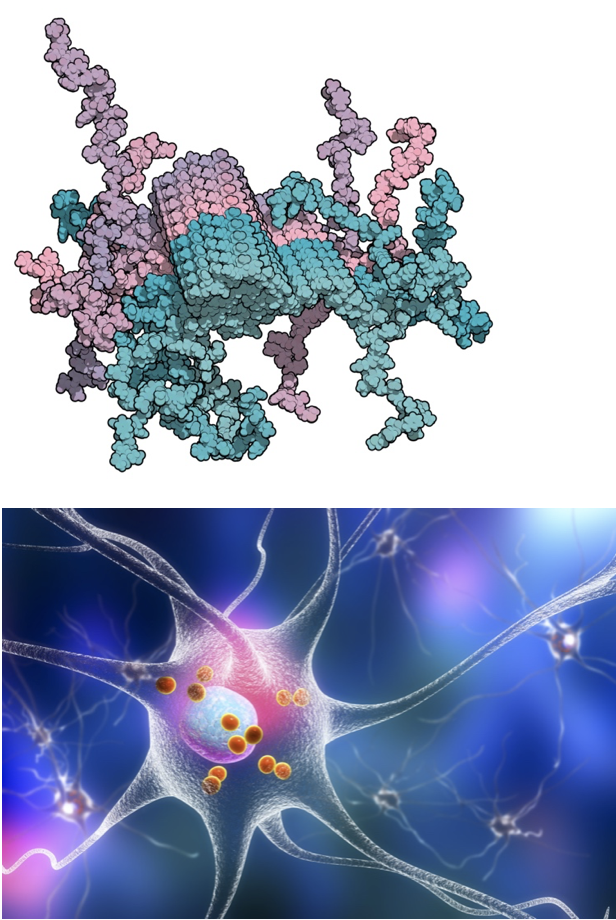 According to Cole et al., therapeutic strategies for PD include antibodies (Abs) and small molecule (SM) targeting of different forms and conformational states of aSyn. However, the toxic species of aSyn has not yet been confirmed, potentially limiting the therapeutic benefit of these approaches. In addition, Abs and SMs target extracellular pools of the protein, whereas ASO therapy can potentially overcome the limitations of these approaches by inhibiting intracellular aSyn mRNA function, thereby reducing all forms of the aSyn protein.

In anticipation of ultimately treating humans, Cole et al. used two 20-mer “gapmers” (hASO1 and hASO2) comprised of 5-base termini flanking a 10-base central core to design ASOs that would suppress the human SNCA gene transcript. The flanking regions were 2’-methoxyethyl (MOE)-modified RNA, and the RNase-active core segment was phosphorothioate (PS)-modified, similar to designs and chemistries of ASOs already in clinical testing. Following repeated intrathecal (IT) administration of hASO1 and hASO2 in non-human primates (NHPs, cynomolgus monkeys),

SNCA mRNA (RT-qPCR) and aSyn protein (ELISA) were reduced throughout the brain and spinal cord. Further analyses of NHP brain tissue by in situ hybridization (SNCA mRNA) and immunohistochemistry (ASO and aSyn protein) supported the conclusion that SNCA ASOs distribute broadly and result in reduction of SNCA mRNA and protein throughout the brain and spinal cord, including regions implicated in PD. aSyn protein in the cerebrospinal fluid (CSF) was significantly reduced with hASO1 in comparison to vehicle-administered NHPs, which suggested that aSyn in the CSF is a potential pharmacodynamic biomarker. 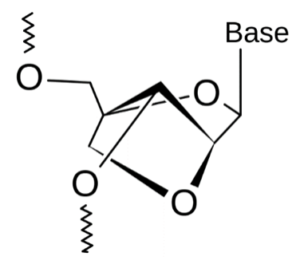 2’-4’ Bridged LNA. Taken from commons.wikimedia.org and free to use.

Like ASOs agents against aSyn mRNA, gapmer constructs have also been investigated by Uehara et al., although with significant chemical differences. Namely, 3-base modified DNA termini flanking a 9-base DNA core, in which the flanks are comprised of 2’-4’ amido-bridged nucleic acid (AmNA) analogs, as depicted in Uehara et al. Supplemental Information. According to Uehara et al., these AmNA gapmer ASOs have PS modifications throughout, while also showing higher knockdown efficiency and safety compared to natural ASOs and conventional 2’-4’ bridged locked nucleic acids (LNAs), depicted here.

Uehara et al. found that, after mice were intracerebroventricularly administered the AmNA-ASO, it was widely distributed throughout the brain and efficiently taken up by neuronal and, to a lesser extent, non-neuronal cells without the aid of additional chemicals. Moreover, a single injection of AmNA-ASO was shown to reduce SNCA mRNA and the corresponding levels of aSyn protein, thus resulting in improved motor functions in the PD mouse model. Readers interested in a learning more about bridged nucleic acids can consult a recent review by Soler-Bistué et al.

Ribbon model of LRRK2 protein. Taken from wikipedia.org and free to use.

Perhaps the most promising ASO being investigated for PD therapy is a compound called ION859, which is already in Phase 2 clinical studies by Ionis Pharmaceuticals, as described elsewhere. ION859 (formerly IONIS-BIIB7Rx), also known as BIIB094, is a gapmer ASO targeting the mRNA encoding Leucine Rich Repeat Kinase 2 (LRRK2) protein, depicted here. In PD cases, the most common genetic mutations are found in the LRRK2 gene. Increased LRRK2 protein activity is hypothesized to be one of the key drivers of PD pathogenesis. Previous investigations by Lee et al. have shown that LRRK2 inhibition by various small-molecules are protective in models of PD, thus providing a strong rationale for targeting LRRK2 mRNA by ASOs. 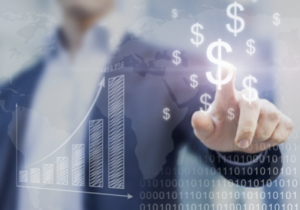 The design of SMs to specifically bind to RNAs is gathering increased attention as a new paradigm in drug design. Scientific background information about this trending approach can be found in an excellent perspective-type 2019 publication by Matthew D. Disney, titled Targeting RNA with Small Molecules To Capture Opportunities at the Intersection of Chemistry, Biology, and Medicine. Business-wise, since 2017, start-up companies targeting RNA with small molecules have succeeded in raising almost $1 billion through financing rounds and from partnering deals, according to a report in Business Wire. This huge amount of money highlights the tremendous interest from investors and major pharmaceutical companies, as well as the opportunities they recognize these new approaches to target RNA with SMs may bring.

The following example, which was recently reported in 2020 by Zhang et al. in the prestigious Proceedings of the National Academy of Sciences, is coauthored by Disney, and illustrates the application of this new approach for drug design in the context of PD. α-Syn is an intrinsically disordered protein and is therefore difficult to target due to its lack of defined SM-binding pockets. At the RNA level, however, SNCA mRNA displays a functionally important and structured 5’-untranslated region (UTR) with an iron-responsive element (IRE) that regulates its translation, which begins at the AUG start site, as depicted here. Zhang et al. thus proposed that SMs targeting the IRE structure could provide new strategies for drugging undruggable proteins by targeting them at the RNA level.

Zhang et al. employed Inforna, their previously published sequence-based design lead-identification strategy, to target the SNCA IRE. Inforna is built around a database of experimentally determined “privileged” RNA fold-SM interactions, which are defined as both high affinity and selective. Inforna then searches an RNA target for druggability, that is, whether it houses an RNA fold in the database. The SMs that bind this targetable fold are lead compounds that can be assessed for biological effects. In this manner, Zhang et al. determined that the most effective compound, named Synucleozid (depicted here), not only selectively repressed α-Syn translation in a neuronal cell line as determined by proteome-wide studies, but also provided a cytoprotective effect.

As mentioned above, the presence of Lewy bodies is considered a pathological marker of PD. According to Wang et al., the exact mechanism underlying PD remains unclear, and diagnosis of the disease mainly depends on medical history and clinical symptoms, which are easy to misdiagnose. In light of this, the investigators considered the possible mechanistic role and diagnostic utility of exosomes, which are membrane-derived extracellular vesicles that are produced in the endosomal compartment of most eukaryotic cells, as depicted here. 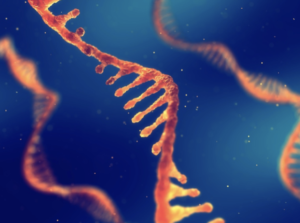 Depiction of single-stranded regions of lncRNAs

Exosomes range from 30 to 100 nm in size, and they are present in blood, saliva, urine, CSF, and other origins. The lipid bilayer can protect these specific contents from enzymatic degradation. Exosomes are now considered an additional mechanism for intercellular communication.  Wang et al. note that, in 2016, Kraus et al. analyzed the lncRNA expression profile of brain tissues from PD patients vs. normal subjects and found significant differences in the expression of lncRNA-p21, MALAT1, SNHG1, NEAT1, and H19. Such differences appeared in the early stages of PD and accompanied its development. While these studies suggested that lncRNAs play an important role in the pathogenesis of PD, the expression of lncRNAs in readily accessible peripheral blood exosomes of PD patients remains unknown. Wang et al. therefore screened lncRNAs in peripheral exosomes from PD patients in order to identify valuable lncRNAs for further study.

TEM of exosome (arrow). Taken from Wang et al. and free to use under CC BY 4.0

In brief, Wang et al. recruited PD patients and age- and sex-matched healthy individuals as healthy controls. They evaluated levels of lncRNAs extracted from exosomes in plasma samples via Illumina sequencing and real-time quantitative PCR (qPCR). Exosomes were isolated by ultracentrifugation, and then characterized by transmission electron microscopy (TEM) (seen here) and other conventional methods.

Correlation analysis was conducted for the clinical characteristics of PD patients and the expression of selected lncRNAs. Wang et al. found 15 upregulated and 24 downregulated exosomal lncRNAs in the PD group. According to bioinformatics analyses, lnc-MKRN2-42:1 was chosen for further study. Importantly, lnc-MKRN2-42:1 was positively correlated with Part III (i.e. clinician-scored monitored motor evaluation) of the unified Parkinson's disease rating scale (UPDRS), which is used to follow the longitudinal course of PD. The UPD rating scale is the most commonly used scale in the clinical study of PD.

Wang et al. concluded that while these findings suggest that lnc-MKRN2-42:1 may be involved in the occurrence and development of PD, the sample size in this study is insufficient, and validation in a larger sample is still needed. Furthermore, it was noted that the plasma samples used in this study were only from clinically diagnosed PD patients. Further studies will be needed to evaluate lncRNA expression in the early stages of PD, and to determine whether lnc-MKRN2-42:1 is suitable as a new blood-based biomarker for PD.

Cell replacement therapy is an emerging treatment for PD. This approach has been enabled by the discovery that human embryonic stem cells (hESCs) and human induced pluripotent stem cells (iPSCs) can be made to differentiate into authentic midbrain dopaminergic (mDA) neuronal precursor cells. For example, Kirkeby et al. used their small molecule-induced differentiation method to develop a good manufacturing practice (GMP) differentiation protocol for highly efficient and reproducible production of transplantable dopamine progenitors from hESCs for clinical evaluation.

As a brief but important side comment, Cas9n (n = nickase) is known to cause less damage and toxicity to the host compared to Cas9-mediated genome editing methods. At the same time, the single-strand nick created by Cas9n is highly suitable for repair, thus improving the genome manipulation efficiency. CleanCap® Cas9n mRNA modified with 5-methoxyuridine is available from TriLink.

The CRISPR/Cas9n-edited SNCA+/− and SNCA−/− hESC lines obtained by Chen et al. were first differentiated into mDA neurons, and then challenged with recombinant aSyn preformed fibrils to seed the formation for Lewy-like pathology as measured by phosphorylation of serine-129 of aSyn (pS129-aSyn). Wild-type neurons were fully susceptible to the formation of protein aggregates positive for pS129-aSyn, while SNCA+/− and SNCA−/− neurons exhibited significant resistance to the formation of this pathological mark. This work demonstrates that reducing or completely removing SNCA alleles by CRISPR/ Cas9n-mediated gene editing confers a measure of resistance to Lewy pathology. Related CRISPR-based approaches for treatment of PD have been claimed in a patent application by CRISPR Therapeutics, published in February 2020.

The aforementioned examples clearly indicate that nucleic acid research has not only advanced and made significant strides toward possible PD therapies, but also allowed for potentially earlier diagnosis of PD by blood-based biomarkers. With these encouraging results in hand, and a renewed awareness of Parkinson’s, there is real hope that care will change to cure in the future. 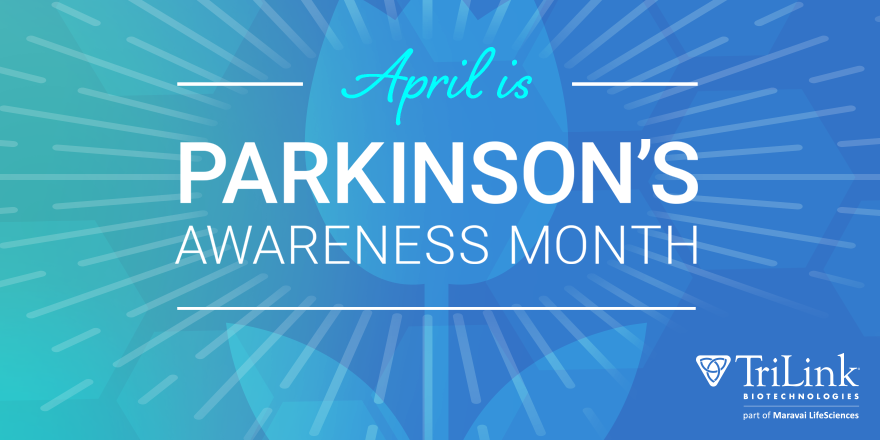