Beyond COVID-19: The Next Wave of Promising Applications for mRNA Vaccines

Hot off the successful deployment of mRNA vaccines for COVID-19, remarkable progress is being made to apply this platform to other infectious diseases. Among the interesting newest mRNA vaccines are candidates that provide immunity to the following diseases:

This blog briefly outlines the public health issues with each disease, as well as  how mRNA vaccinology is providing promising solutions.

In each of the five examples outlined below, TriLink products play important roles. Namely, N1-methylpseudouridine (m1Ψ)-5'-triphosphate and CleanCap® reagents are critical components, replacing uridine (U) and co-transcriptional 5’ capping, respectively.

Influenza is one of the most common communicable diseases in the world. Annually, there are an estimated ~650,000 deaths worldwide attributed to the flu. Unfortunately, currently administered seasonal flu vaccines only demonstrate 10–60% efficacy, depending on the year. New mRNA flu vaccines can offer more effective next-generation replacements for current flu vaccine strategies. 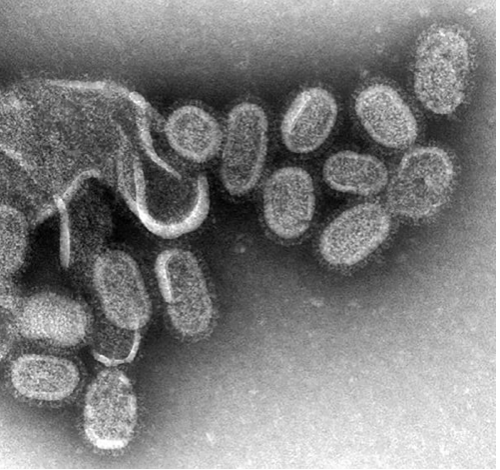 Based on reported sequences of known variants of influenza virus, Freyn et al. selected four highly conserved regions of four antigenic proteins, from which to generate a combination mRNA vaccine. Four separate IVT reactions were carried out using TriLink’s m1Ψ-5'-triphosphate and the trinucleotide Cap 1 CleanCap® reagent. The mRNA products were purified and formulated into LNPs, both separately and in combination, for comparative evaluations. Following intradermal delivery in a murine model, the quadrivalent combination mRNA vaccine induced strong immune responses and immunity.

Importantly, multiple companies also understand the implications associated with the use of an mRNA platform for the development of an improved flu vaccine. As of October 2021, there were at least three independent ongoing clinical studies on mRNA flu vaccines. These studies, by Moderna (quadrivalent), Sanofi/Translate Bio (monovalent), and Pfizer (monovalent), are testing the efficacy and safety of flu hemagglutinin antigens in mRNA vaccines (Dolgin). Ten other preclinical studies of mRNA or self-amplifying RNA (saRNA) flu vaccines by these, other companies, and the NIH/NIAID were also listed.

According to the World Health Organization, malaria causes ~400,000 deaths annually worldwide. Despite the long history of this mosquito-borne infectious disease (Figure 2), it continues to cause a staggering health burden and mortality risk. The simplest explanation for malaria’s continued prevalence is the unavailability of a highly effective vaccine, as the current candidate is reported to be only ~50% effective over one year, and ~30% effective over four years, although larger clinical trials are needed to better assess its efficacy. 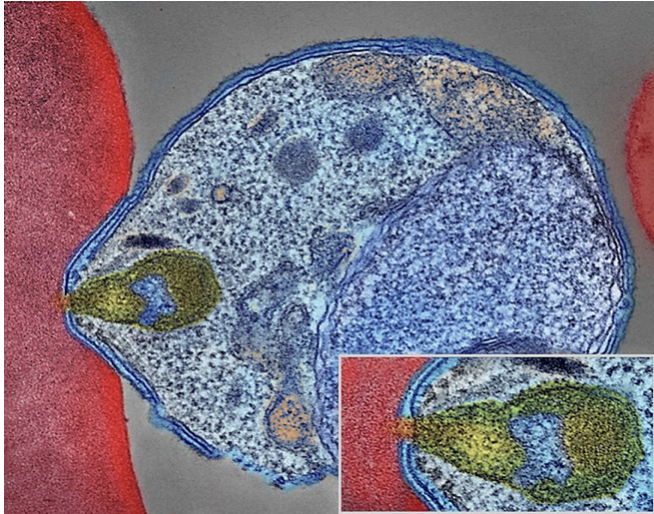 Mallory et al. explored the use of a CleanCap®-derived m1Ψ-mRNA malaria vaccine in mice. The antigen was part of the immunodominant coat protein of the invasive stage of the malaria parasite, circumsporozoite protein (PfCSP).

Genital herpes, caused by the herpes simplex virus type 2 (HSV-2), is a common sexually transmitted disease  in the United States (Figure 3). In 2018, 572,000 new genital herpes infections were reported, a number representing ~12% of all persons aged 14 to 49 years. Genital herpes can cause painful genital ulcers and potential complications for a pregnant woman and her newborn child. There is no cure, only palliative medications. Although several clinical trials have tested vaccines against HSV-2, none are commercially available. 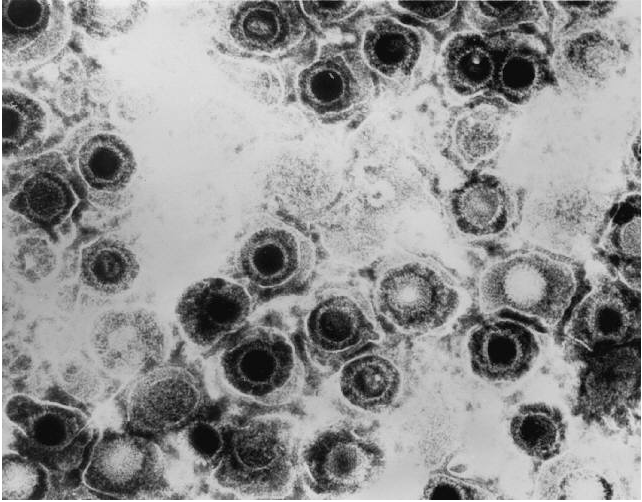 Awasthi et al. investigated the use of a trivalent m1Ψ-mRNA/LNP vaccine comprised of equal amounts of three separately prepared mRNAs. Each encoded a different immunogenic glycoprotein expressed on the HSV-2 envelope (Figure 3) and at the surface of infected cells during virus replication, and these were termed gC2, gD2, and gE2.

In brief, Awasthi et al. demonstrated outstanding protection with the trivalent m1Ψ-mRNA/LNP vaccine when guinea pigs were intravaginally infected with HSV-2 one or eight months after the final immunization. When comparing the m1Ψ-mRNA and corresponding protein vaccines, two key outcomes were: i) serum and vaginal neutralizing antibody titers were significantly higher in m1Ψ-mRNA group at both time points; and ii) at eight months, some animals had died in the protein group, and more animals had developed genital lesions in the protein group than the mRNA group.

The improved durability of the m1Ψ-mRNA/LNP vaccine relative to its protein counterpart is important, as poor durability hampered two prior HSV-2 human vaccine trials that used protein-based vaccines. Despite durable protection afforded by the m1Ψ-mRNA vaccine at eight months, researchers detected waning antibody titers, some breakthrough genital lesions, and more days with HSV-2 DNA shedding. Therefore, the authors suggest a booster dose of the mRNA vaccine to maintain potent protection for individuals at risk of acquiring genital herpes over time, similar to the emerging considerations surrounding COVID-19 vaccines.

Occurrence of CCHFV coincides with the distribution of the Hyalomma tick, its primary vector and reservoir (Figure 4). This tick is geographically widespread across Asia, Africa, the Middle East and southeastern Europe, but global climate change may be causing further expansion its habitat and, consequently, spreading the disease. The modes of transmission of the virus and disease are tick bites, handling of infected livestock, and/or care of CCHFV infected patients. 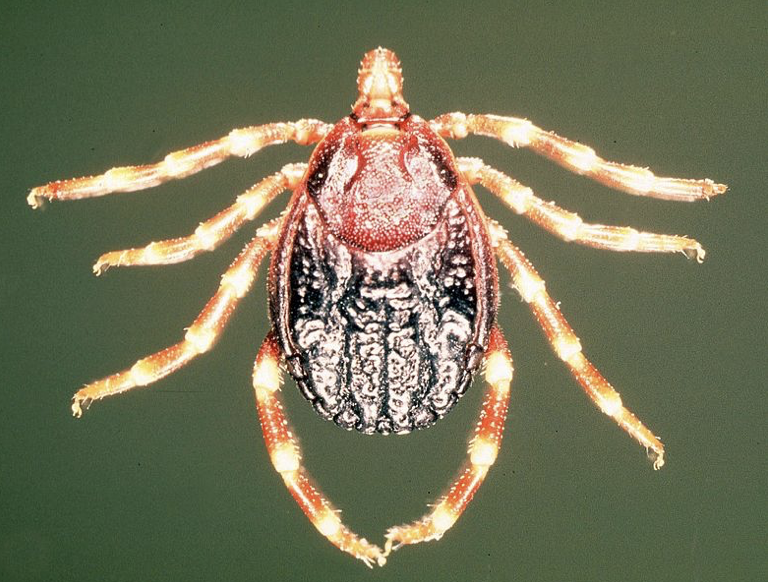 To explore the possibility of developing an effective mRNA vaccine against CCHFV, Appelberg et al. investigated whether m1Ψ-mRNA/LNPs encoding the CCHFV nucleoprotein (N), or a precursor to two glycoproteins (Gc and Gn, termed GcGn), could protect mice against lethal CCHFV infection.

Appelberg et al. found that both m1Ψ-mRNA/LNP preparations induced strong humoral and cellular immune responses in immunocompetent and immunodeficient mice, the latter group indicating that neutralizing antibodies were not necessary for protection. When further evaluating immunization induced by either the Gc or Gn antigen, the Gc protein was more immunogenic than the Gn protein. Overall, the results of the study suggest further development of a vaccine against CCHFV infection.

In the United States, ~40,000 cases of Lyme disease are reported annually, and the CDC estimates that the real number of infections may be 10 times greater. Interestingly, a recent paper by Sajid et al., demonstrates that the black-legged tick, Ixodes scapularis (Figure 5), transmits diverse pathogens, including Borrelia burgdorferi, the causative agent for Lyme disease.

Given ongoing identification of new tick-borne pathogens, along with their diversity and generally unsuccessful efforts toward the development of pathogen-specific vaccines, Sajid et al. state that the development of a broad anti-tick vaccine strategy is highly desirable. 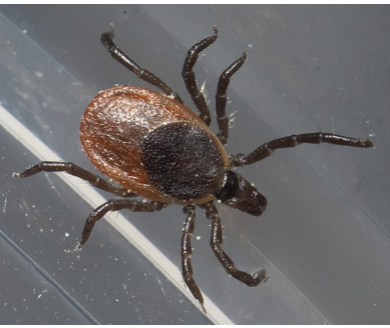 Sajid et al. selected 19 salivary proteins on which to form a cocktail of antigens. These proteins were chosen due to their associations with naturally acquired tick resistance and functional roles in host responses. Individual CleanCap®-derived m1Ψ-mRNAs were purified and then mixed in equal amounts before co-encapsulating in LNPs.

In brief, the resultant 19-valent candidate, termed 19ISP mRNA, was used to immunize guinea pigs that were subsequently challenged with I. scapularis. Animals who were administered the 19ISP mRNA vaccine developed red-colored erythema at the bite site shortly after ticks began to attach, characteristic of naturally acquired tick resistance. These ticks fed poorly, as determined by early detachment and decreased engorgement weights. 19ISP mRNA immunization also impeded B. burgdorferi transmission in the guinea pigs. These results suggest that m1Ψ-modified 19ISP mRNA may be used either alone or in conjunction with traditional pathogen-based vaccines for the prevention of Lyme disease and potentially other tick-borne infections.