Based on the large number of publications I found in PubMed, it is safe to say that investigations of “cell-free DNA biomarkers” have been on an upward trend in the field of nucleic acids. There has been an exponential increase in these publications during recent years, as shown in my chart below. 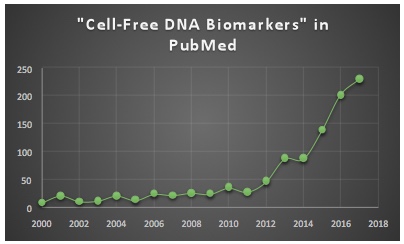 In my opinion, these articles revealed several broad technical categories such as diseases of interest, sources of samples (i.e. blood, feces, urine, tissue), methods of DNA isolation, and analytical methodologies. Importantly, these mostly academic or sometimes research-use-only applications are now transitioning towards becoming FDA-approved nucleic acid-based tests for in vitro diagnostics. An authoritative, up-to-date FDA list of these tests can be viewed here.

Many types of malignancies are included on this list, but despite its prevalence, liver cancer is not among them. Consequently, recent news about a promising candidate nucleic acid-based test for liver cancer using urine, which is arguably the most common and simplest of specimens to collect, prompted me to do some further research for this blog. 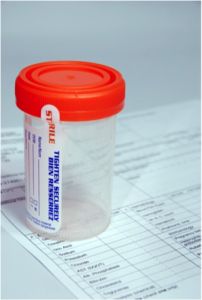 Urine and blood have become particularly interesting due to ease of access and safety compared to traditional, invasive biopsies. I have previously blogged about these non-invasive sample types in a post titled Sniffing Out Prostate Cancerin urine, and another post titled Liquid Biopsies Are Viewed as “Liquid Gold” for Diagnostics.

Short Fragments of DNA in Urine Are Cancer Biomarkers

Although circulating DNA in the blood of cancer patients was detected and reported on four decades ago, such DNA was not investigated as a means of providing possible biomarkers until recent years, as reviewed by Anker et al. Urine is collected body fluid that has been filtered through the kidneys by nephrons, which are the microscopic structural and functional units of the kidney. Kidneys remove waste from the blood and return the cleaned blood back to the body. In 2000, Botezafu et al. reported that small amounts of cell-free circulating DNA in the blood can pass the kidney barrier into urine, and tumor-specific sequences can be detected in DNA isolated from urine. 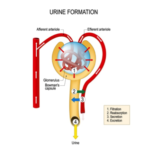 In 2004, urine was first described as a useful source of circulating DNA for molecular diagnosis and prognosis. This landmark publication by a large multi-institutional team is titled Human urine contains small, 150 to 250 nucleotide-sized, soluble DNA derived from the circulation and may be useful in the detection of colorectal cancer. The corresponding author, Ying-Hsiu Su, is now with JBS Science (JBSS), a small startup company that followed up this initial observation with a publication in 2017 by Hann et al. titled Detection of urine DNA markers for monitoring recurrent hepatocellular carcinoma. A synopsis of this paper is featured later on in this blog, preceded by a short background on hepatocellular carcinoma (HCC).

HCC on the Rise and the Need for Early Detection 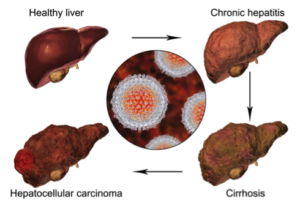 According to a recent review by Ghouri et al., an epidemic of HCC, the most common malignancy of the liver, has spread beyond the predominance in Eastern Asian, and has been increasing in the Northern hemisphere, especially in the U.S. and Western Europe. It occurs more commonly in males in the fourth and fifth decades of life. Ghouri et al. add that, among all cancers, HCC is one of the fastest growing causes of death in the U.S. and poses a significant economic burden on healthcare. Chronic liver disease due to hepatitis B virus (HBV) or hepatitis C virus (HCV) and alcohol accounts for the majority of HCC cases. HCC is reportedly the fourth leading cause of cancer death worldwide.

According to Ghouri et al., the global burden of cancer in 2012 was an all-time high of 14 million cases, and that number is expected to grow to 22 million over the next two decades. Liver cancers have the seventh highest age-adjusted incidence rate in the world, with 0.8 million cases diagnosed for the year 2012.

Hann et al. note that HCC constitutes 70–85% of all types of liver cancer. The high mortality rate of HCC (wherein 85% of patients die within 5 years) is mainly due to late detection and a high recurrence rate. Rates of recurrence range from 15% for liver transplantation to nearly 100% for surgery or ablation. Recurrence is most common within 2 years.

Importantly, Hann et al. go on to provide the following statement in regards to the need for early detection of HCC: 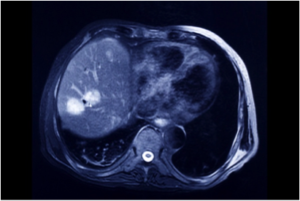 “Early detection of recurrent HCC has been difficult with the currently available diagnostic methods and serial imaging. Notably, there are no specific guidelines addressing how HCC recurrence should be monitored. Magnetic resonance imaging (MRI)/computed tomography (CT) imaging is the gold standard for diagnosis, although it is expensive and has limited utility in the detection of small tumors (< 2 cm), tumors in the presence of previously treated lesions (especially from local ablation), cirrhosis, obesity, and dysplastic nodules. Thus, there is an urgent unmet medical need to have a sensitive test for monitoring HCC recurrence.”

Hann et al. then demonstrate the proof-of-concept (aka feasibility) of using urine for early detection of recurrent HCC by detecting three known HCC-associated DNA modifications: TP53 249T mutation (shortened TP53m), aberrant promoter methylation of glutathione S-transferase pi 1 (mGSTP1), and Ras association domain family 1 isoform A (mRASSF1A). These genes are then compared to the MRI imaging in a small (n = 10) blinded prospective study. These three DNA markers were chosen because of the reported availability of sensitive, cell-free DNA PCR assays for each of them: 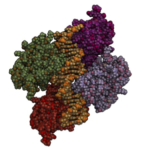 TP53 in complex with DNA.

Mutations in the TP53 gene are associated with approximately 50% of human cancers, as featured in a previous blog. A clamp-mediated PCR assay, followed by melting curve analysis, was available to detect TP53m. In this assay, the clamp suppressed 107copies of wild-type templates and permitted detection of TP53mtemplate, with a sensitivity of 0.1% (1:1000) of the mutant/wild-type ratio, assessed by a reconstituted standard.

Interested readers can consult the aforementioned 2004 publication by Su et al. for extensive methodological details on how the low-molecular weight DNA in urine was isolated, as well as more information on the relationship of this DNA to circulating cell-free DNA and HCC tumor DNA.

Rather than try to paraphrase the conclusions of Hann et al., here is a quote of what they report:

“Bridge Award” by the National Cancer Institute for Commercialization

At the beginning of this blog, I made a passing reference to coming across recent news about a promising urine-based test for liver cancer. That news was actually a press release titled JBS Science, Inc. awarded $3 million bridge award by National Cancer Institute [NCI>

to commercialize a urine test for liver cancer screening. While this press release led me to do the background research for the technical aspects described this blog, it also led me to discover that additional steps for commercialization will be carried out with funding by an NCI “Bridge Award,” which was new to me as a funding mechanism. 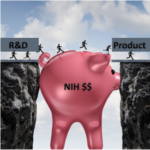 Since many of my readers are either in academia or small businesses, and seek support from the NIH, I thought it would be useful to look into the Bridge Award program. Briefly, the NCI’s Bridge Award is a specific type of Small Business Innovation Research (SBIR) funding to help small businesses bridge the funding gap between the end of an SBIR award and the subsequent round of financing needed to advance R&D toward a commercial product, as is visually depicted here.

Under the terms of the Bridge Award, SBIR-funded companies can apply for an additional $3M to cover both preclinical andclinical development costs. NCI Bridgeawardees are expected to obtain matchingfunds from investors, such as drug ordevice manufacturers, foundations, universities,or angel investors, for this 3-year award.

Since the Bridge Award must be matched by third-party investors, the NCI is providing a significant amount of “seed capital” and a not insignificant imprimatur, if you will, that together facilitate investments by third-parties.

After writing this blog, I decided to “deep dive” into databases for any information related to the novelty of a urine test for early detection of liver cancer, as it occurred to me that urine ought to be an obvious biofluid to look at for biomarkers.

I eventually found a lengthy review published in 2017 by Sengupta and Parikh titled Biomarker development for hepatocellular carcinoma early detection: current and future perspectives. I highly recommend this review to interested readers because it covers all types of biomarkers (i.e., proteins, DNA, RNA, and metabolites). Importantly, it discusses requisite phases of biomarker discovery that are necessary before a biomarker is appropriate for use in clinical practice.

As for the novelty of testing urine, a word search for urine in this comprehensive review by Sengupta and Parikh confirmed that the now NCI Bridge Award commercialized DNA-based urine test for early detection of HCC is indeed the first of its kind. 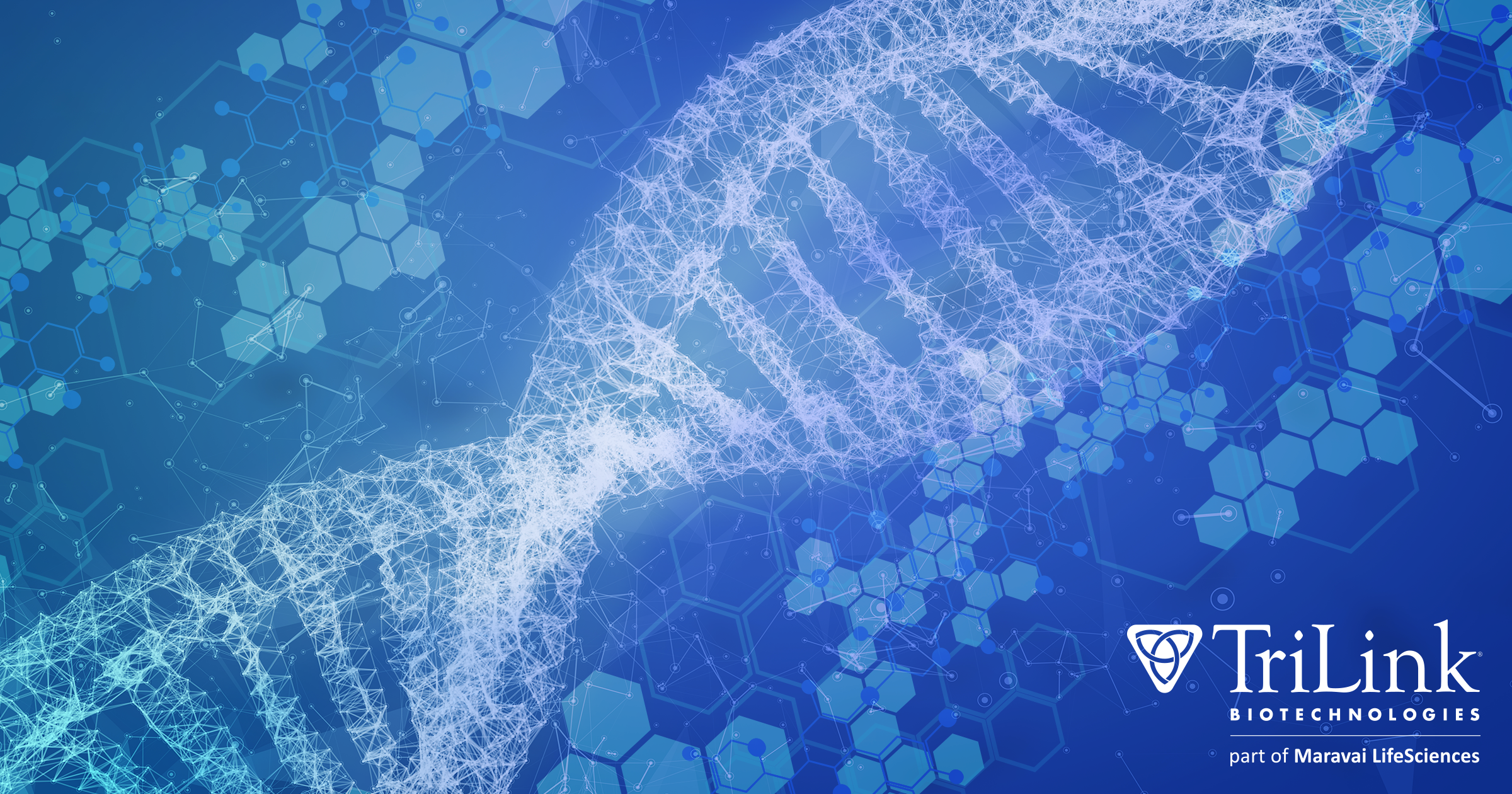