The first clinical observation of acquired immunodeficiency syndrome (AIDS) was in 1981. The subsequent Nobel-Prize winning isolation of the causative retrovirus (human immunodeficiency virus (HIV)) occurred over the next few years (Figure 1). Yet, despite four decades of intense research, the HIV/AIDS epidemic continues to be a major global health threat (Fauci and Lane 2020). According to UNAIDS global data for 2020, there were 1.5 million new infections, 680,000 AIDS-related deaths, and 38 million people living with HIV. 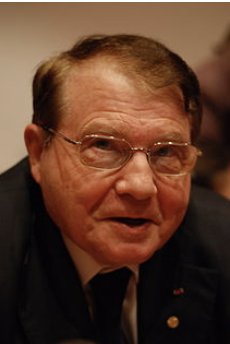 During the HIV life cycle (Figure 2) (Meulendyke 2014), intracellular HIV genomic RNA is converted to DNA by reverse transcription and is integrated into the genome of the infected cells, serving as the template for the replication of new viral genomes. The integrated full-length proviral DNA may also remain latent but activatable in infected cells and tissues. 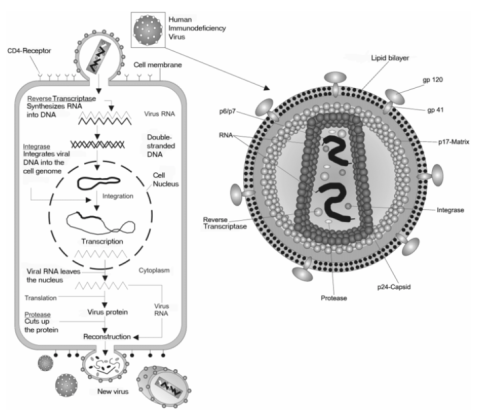 FIGURE 2. HIV life cycle and virion. Taken from commons.wikimedia.org and free to use.

Prevention and treatment strategies for HIV/AIDS include using antiretroviral drugs for pre-exposure prophylaxis and antiretroviral therapies (ART), which have helped transform AIDS from a life-threatening illness to a manageable chronic disease. However, the medications are expensive ($36,000–$48,000 per year in the US in 2018), require strict adherence to dosing regimens for efficacy, and cause side effects. Moreover, some HIV-infected individuals develop drug resistance, requiring changes in medications. These issues are especially problematic in underdeveloped countries.

Because HIV integrates into the human genomic DNA of infected cells where it is refractory to ART, it is highly desirable to find a cure for AIDS for the many millions of already infected people. Therefore, finding an effective prophylactic vaccine remains a central component of a multi-pronged strategy to end the epidemic. This blog explores promising progress toward anti-HIV mRNA vaccines for prophylaxis and CRISPR-based gene editing of HIV proviral DNA as a cure.

The so-called “trimer” mRNA vaccine approach reported by Zhang et al. in December 2021 had promising preclinical results in the widely accepted non-human primate macaques model. This Nature Medicine publication has already received more than 31,000 accesses and provided the basis for a clinical trial (NCT05217641) that began in February 2022.

The HIV envelope spike on the virus's surface mediates viral entry (Figure 2). The envelope spike is a glycoprotein (gp) trimer of gp41–gp120 heterodimers and is the only target for broadly neutralizing antibodies (bnAbs) (Figure 3) (Stefic et al. 2019). Passive transfer studies with bnAbs in macaques have demonstrated adequate protection against simian/human immunodeficiency virus (SHIV). Characterizing the epitopes of these bnAbs on the HIV envelope trimers allowed for the identification of vulnerable sites that should be targeted during vaccine design (Figure 3). 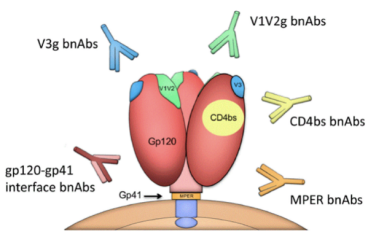 FIGURE 3. Sites of vulnerability on the HIV envelope (Env) spike trimer and broadly neutralizing antibodies (bnAb) classes. Taken from Stefic et al. 2019 and free to use under an Open Access Creative Commons CC BY license.

Due to the conformational flexibility of the HIV envelope spike, these conserved neutralization epitopes are protected by conformational masking (Munro et al. 2014). Evidence that covalent bonding of the envelope spike components could improve accessibility to bnAbs was first reported in 2018 by Zhang et al. In that study, the scientists used a structure-guided approach to stabilize the HIV envelope trimer in a native-like pre-fusion configuration by covalently locking the inner and outer domains of gp120 by neo-disulfide linkages. They showed that interdomain-locked trimers are selectively and efficiently targeted by potent bnAbs and cannot physiologically interact with CD4, thus averting the disruptive immunogenic effects of CD4-induced antigenic remodeling.

All five co-formulated env–gag LNP/mRNAs were then shown to form extracellular vesicle-like particles (VLPs) following in vitro transfection into human embryonic kidney cells, thereby indicating the generality of this approach to generate VLPs. Next, in groups of eight mice, immunization with env–gag LNP/mRNA was superior to env LNP/mRNA alone in inducing bnAbs: 8/8 versus 5/8 protected, respectively.

Based on these promising results, the National Institute of Allergy and Infectious Diseases began a Phase 1 clinical trial (NCT05217641) in February 2022 to evaluate the safety and immunogenicity of three different HIV trimer mRNA vaccines in healthy, HIV-uninfected adult participants. These trimers are based on a previously reported native-like trimer (Steichen et al. 2016). Estimated enrollment is 108, and completion is expected in October 2023.

While vaccines will provide a crucial aspect to addressing prophylactic treatment against AIDS/HIV, we still seek a cure. A recent Nature Communications paper by Manucuso et al. applied CRISPR editing of proviral DNA to a macaque model of SHIV/HIV. Since its publication at the end of 2021, it already has over 13,000 accesses. More importantly, it spurred a significant clinical trial (NCT05144386) to begin in January 2022 as the first to investigate gene editing in humans using CRISPR to target HIV.

While ART's medical benefits in HIV-infected patients have been substantial, ART is not an actual cure for HIV infection. It cannot eliminate latent proviral genomes in host cell chromosomal DNA. When ART treatment is interrupted, the plasma virus levels rebound quickly. The persistence of latent proviral genomes must be overcome to cure HIV infection. In principle, CRISPR-Cas9 double-strand cleavage of proviral DNA can abrogate this persistence.

FIGURE 4. The full-length SIVmac239 genome with positions of targeted sites and gRNAs sequences. Taken from Manucuso et al. 2020 and free to use under an Open Access Creative Common CC BY license.

Mancuso et al. then investigated the ability of this AAV/CRISPR construct to edit SIV DNA in SIVmac239-infected macaques first given an ART regimen known to suppress viral load. Ex vivo gene editing was initially performed in peripheral blood mononuclear cells (PBMCs) (n = 8) from SIV-infected ART-treated animals 5 months post-infection. In PBMCs from all SIV-infected animals, ex vivo excision of viral DNA was confirmed by PCR. Specifically, the DNA sequences were removed between 5’ LTR to Gag and Gag to 3’ LTR (Figure 4).

Next, in vivo editing of proviral DNA excised specific fragments of SIV proviral DNA from the host genome in various tissues. Briefly, three animals were given an intravenous infusion of AAV/CRISPR-Cas9, and three weeks later, blood and tissues were harvested at necropsy. One animal was necropsied as a no-CRISPR control. Both the 5’ LTR to Gag and the Gag to 3’ LTR excision were confirmed in the blood of animals that received AAV/CRISPR-Cas9 infusion, but not in the control animal that was SIV infected and ART-treated, but without AAV treatment. The in vivo excision efficiencies of the 5’ LTR-Gag in blood were 37%, 65%, and 92%.

Based on these promising results, Excision BioTherapeutics recently announced that it initiated a Phase 1/2 clinical trial (NCT05144386) evaluating the above AAV/CRISPR-Cas9 construct, termed EBT-101, as a potential cure for HIV infection. This is a first-in-human, single ascending dose study of EBT-101 intravenously administered to aviremic HIV infected adults (n = 9) on ART. Participants will be followed for 48 weeks and will be eligible for enrollment in a separate long-term follow-up study (EBT-101-002) for safety monitoring for up to 15 years.

In concluding this blog, it should be mentioned that Mu et al. (2021) published an extensive review titled HIV mRNA Vaccines—Progress and Future Paths that provides a timely overview. Also noteworthy is the well-referenced commentary by Bunnell (2021) titled Excision of Latent HIV-1: CRISPR Technology Overcomes Viral Strain Diversity. Finally, the NIH website for HIV/AIDS is an excellent resource-rich source of authoritative information on investigations of vaccines and possible cures under investigation.