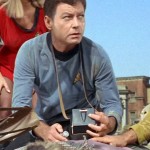 Molecular Medicine Tri-Conference 2013 held in San Francisco this past February brought together 3,000 attendees in multi-track programs covering diagnostics, therapeutics, clinical, informatics, and cancer. In addition to Plenary Keynote and Symposium speakers, there were interactive breakout discussion groups, poster sessions, and exhibits. All of this provided a great venue for poster presentations by myself and by Natasha Paul on TriLink’s CleanAmp™ dNTPs and primers, as well as for attending talks and discussions involving nucleic acids. Here are my “takeaways” and recap of the highlights.

To play on words, “voting” as indicated by presence or visibility at Tri-Con 2013 indicated that diagnostics continues to undergo so-called “democratization,” i.e. a paradigm shift from centralized testing-service providers to decentralized testing at point-of-care (POC) locations such as hospitals, clinics, residences or virtually anywhere else needed. While I found publications using the term “democratization” for DNA detection as far back as 1993—for PCR and public health in South America—technology for such applications is rapidly expanding. In contrast to centralized testing wherein high-cost/high-throughput systems are operated by skilled users, decentralized POC testing involves low-cost/low-throughput instruments or devices operated by doctors, nurses, technicians or test subjects. This change is being enabled by novel integrated technologies for complete automation and data interpretation by expert-software for “sample-in, answer-out.” Furthermore, and because samples are not shipped, democratized POC/hospital lab diagnostics are faster and cheaper, which is especially important for improving health care in developing countries.

For hospital labs, Dr. Scott C. Johnson with Luminex in a talk entitled Democratization of Molecular Diagnostics: Bringing Simplified Multiplex Real Time PCR Assays to a Hospital Near You described Aries, a dual fixed- or open-assay platform sample-to-answer system currently in development. He emphasized that unlike Cepheid’s GeneXpert®, Aries open-format will allow users to implement non-standard assays of choice.

For so-called “field” situations outside of hospitals, possibly where there is no electricity, radically different systems and/or assays are required, and have been funded by Bill and Melinda Gates Big Ideas and by NIH. The Yager Lab at University of Washington gave a talk entitled Sophisticated Point-of-Care Devices based on 2D Paper Networks that described so-called “demonstration projects” aimed at paper-based fluid-flow (aka “wicking”) that would cost much less than conventional pump-based microfluidics in glass or plastic.

Furthermore, chemical signal amplification using gold nanoparticles is being studied as replacement for antibody- and/or optical-based detection. This and many more innovative projects by the Yager Lab may be found at Microfluidics 2.0.

Additional examples of non-optical detection instead of fluorescence were also evident at Tri-Con 2013. For example, Atlas Genetics presented a poster on use of labeled DNA probes for electrochemical detection, following nuclease-mediated release of the label. This UK-based company claims that its POC testing being developed for diseases such as sexually transmitted infections or neonatal sepsis, and for hospital acquired infections can reduce the time between obtaining a patient sample to treatment from up to 10 days to under 30 minutes. I should note that GenMark Diagnostics, while not at Tri-Con 2013, has already commercialized electrochemical detection of ferrocene-labeled DNA probes (manufactured by TriLink!) as eSENSOR® tests (depicted in the figure below) that are already FDA cleared and available in the US.

Turning to another theme, an entire session focused on the rhetorical question How Will New Molecular Diagnostic Technologies Affect Clinical Practice?  Prominent among these new technologies was faster, lower cost, next-generation sequencing (NGS). I was particularly interested in comments on the clinical status of NGS by Brian Kelly with Ion Torrent (a Life Technologies company), during a panel discussion in this session. Significant progress is evident in formation of Claritas Genomics as a joint venture between Life Technologies and Boston Children’s Hospital that, according to a January 2013 press release, “will incorporate the expertise, assets and personnel of the hospital’s Genetic Diagnostic Lab, a CLIA-certified center that already offers more than 100 genetic tests, including many specialized diagnostics developed at Boston Children’s. It will leverage Life Technologies’ Ion Proton® Sequencer, a fast, accurate benchtop technology that can readily be scaled for mass application for new tests that the company plans to develop.” Incidentally, Illumina now offers physicians the TruSight Individual Genome Sequencing test, a whole-genome sequencing service using its NGS technology in the CLIA-certified Illumina Clinical Services Laboratory.

For those of you who are not familiar with Ion Torrent’s massively parallelized sequencing, the cartoon below illustrates the essence of how it works. Each T, G, A or C nucleotide triphosphate is serially added to an array of wells that each contain a template-primer-polymerase complex. Incorporation leads to release of hydrogen ions (protons) that are detected by semiconductors analogous to pH meters—hence the name Ion Proton™ System. Similar light-free proton detection is being commercialized by DNA Electronics and includes a very clever USB-like device that plugs into a laptop for powering thermal cycling as well as data acquisition and analysis!

A totally new and very promising non-optical detection method for POC testing was presented by John McDonough with T2 Biosystems. The key technical feature involves PCR wherein amplicons cause clustering of superparamagnetic nanoparticles that in turn change the so-called T2 spin-spin relaxation time for protons in water. The end result is fast detection of analyte in samples with little or no up-front preparation. Evidently T2’s technology has also caught the attention of venture capitalists: a March 28th press release announced that T2 Biosystems raised $40M in financing to support its clinical programs and commercialization of its molecular diagnostic panel for the identification of species-specific Candida fungal infections.

Star Trek Tricorder is Getting Closer

Finally, I’d like to briefly mention a couple of talks given at a Tri-Con session called—irresistibly—A Peek at the Future of POC that featured emerging uses of smartphone technology.

Having been inspired by these talks, I did some literature searching and found publications by Prof. Aydogan Ozcan at UCLA whose website is definitely worth visiting. His lab homepage states that they aim to create “photonics based telemedicine technologies toward next generation smart global health systems.” Substituting global with galactic sounds like something Dr. McCoy (“Bones”) would say in Star Trek to describe his medical tricorder, but you’ll see that the work by Prof. Ozcan’s group is definitely not science fiction! Among the cool things you’ll find at his lab website are adapting smartphones for measurement of the cell count of HIV patients in resource limited settings or doing fluorescent microscopy—plus videos, interviews, and major awards given to Prof. Ozcan. 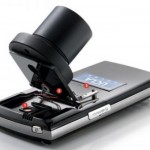 I found that searching “smartphone microscope” in Google Scholar led to a lot of other exciting work in this area. A downloadable PowerPoint presentation entitled “Low-Cost On-Chip Microscope for POC Diagnostics” is well worth looking at to gain further appreciation of the enabling technologies and business cases.

As usual your comments are welcomed!