Deciding what to post here in recognition of DNA Day 2017 was just as challenging as it has been in past years, primarily because there’s so many different perspectives from which to choose. After much mulling, and several abandoned approaches, I settled on featuring DNA publications that have received the most citations, as an objective metric—not just my subjective opinions about topics I think are significant or otherwise interesting. Before getting to the numbers of DNA-related papers and some of the most cited papers, here’s a quick recap of what was posted here in the past, starting with the inaugural blog four years ago: 2013—60th Anniversary of the Discovery of DNA’s Double Helix Structure 2014—My Top 3 “Likes” for DNA Day 2015—Celebrating Click Chemistry in Honor of DNA Day 2016—DNA Dreams Do Come True! Explosive Growth of DNA Publications Regular readers of my blogs will know that I frequently use the NIH PubMed database of scientific articles to find publications by searching keywords, phrases, or authors. A convenient feature of these searches is providing “results per year” that can be exported into Excel for various purposes. Some preliminary searches indicated that DNA-related articles can be indexed by either DNA or PCR, or cloning, or other terms among which sequencing was notable. The majority, however, were indexed as either DNA or PCR, which together gave nearly 1.7 million items—an astounding number. This number is even much greater since PubMed excludes some important chemistry journals, as well as patents. Diving deeper into these numbers, I thought it helpful to look at the publication volumes and rates for DNA, sequencing DNA, and PCR through 2015 starting from 1953, 1977, and 1986, respectively. These respective dates correspond to seminar publications by Watson & Crick, Maxam & Gilbert, and Mullis & coworkers. The results shown in the following graph attest to my often stated “power of PCR” as premier method in nucleic acid research, which we’ll see again below in another numerical context. 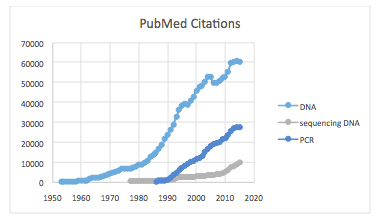 Top 5 Cited Papers During my perusal of the above literature in PubMed generally related to DNA, I thought it would be interesting to find, and share here, which specific papers have the distinction of being most frequently cited. Citations are not available in PubMed, but are compiled in Google Scholar, which led me to these Top 5 that are listed from first to fifth. Frederick Sanger, the eponymous father of the “Sanger sequencing” method published in 1977, received the 1980 Nobel Prize in chemistry for this contribution. He also received the 1958 Nobel Prize in chemistry for sequencing insulin, and is the only person to win two Nobel Prizes in chemistry. Uber-famous DNA expert Craig Venter is quoted as saying that ‘Fred Sanger was one of the most important scientists of the 20th century,’ [who>

‘twice changed the direction of the scientific world.’ 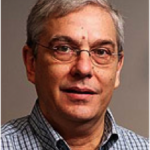 The most commonly used method to analyze data from real-time, quantitative PCR (RT-qPCR) experiments is relative quantification, which relates the PCR signal of the transcript of interest to that of a control sample such as an untreated control. The derivation, assumptions, and applications of this method were published in 2001 by Livak & Schmittgen. I overlapped with Ken Livak at Applied Biosystems, which pioneered commercilaization of RT-qPCR reagents and instrumentation at the time. He is currently Senior Scientific Fellow at Fluidigm Corp. 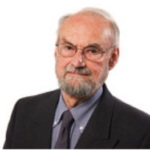 3. Detection of specific sequences among DNA fragments separated by gel electrophoresis Sir Edwin Mellor Southern, FRS, the eponymous father of “Southern blotting” DNA fragments from agarose gels to cellulose nitrate filters published in 1975, is a Lasker Award-winning molecular biologist, Emeritus Professor of Biochemistry at the University of Oxford and a fellow of Trinity College. He is also Founder and Chief Scientific Advisor of Oxford Gene Technology. This paper by Feinberg & Vogelstein published in 1983 describes how to conveniently radiolabel DNA restriction endonuclease fragments to high specific activity using the large fragment of DNA polymerase I and random oligonucleotides as primers. These "oligolabeled" DNA fragments serve as efficient probes in filter hybridization experiments. His group pioneered the idea that somatic mutations represent uniquely specific biomarkers for cancer patients, leading to the first FDA-approved DNA mutation-based screening tests, and now “liquid biopsies” that evaluate blood samples to obtain information about underlying tumors and their responses to therapy (an area that I’ve touted in previous blogs). A technique for conveniently radiolabeling DNA restriction endonuclease fragments to high specific activity is described. DNA fragments are purified from agarose gels directly by ethanol precipitation and are then denatured and labeled with the large fragment of DNA polymerase I, using random oligonucleotides as primers. Over 70% of the precursor triphosphate is routinely incorporated into complementary DNA, and specific activities of over 109 dpm/μg of DNA can be obtained using relatively small amounts of precursor. These “oligolabeled” DNA fragments serve as efficient probes in filter hybridization experiments. In 1988, Kary B. Mullis and coworkers (then at Cetus Corp.) published in venerable Science a method using oligonucleotide primers and thermostable DNA polymerase from Thermus aquaticus to amplify genomic DNA segments up to 2000 base pairs to detect a target DNA molecule present only once in a sample of 105 cells. Since that time, polymerase chain reaction (PCR)-related technology has evolved to now routinely enable a variety of single-cell analyses of DNA or RNA. Dr. Mullis received the 1993 Nobel Prize in chemistry for his 1983 invention of PCR, which his website says ‘is hailed as one of the monumental scientific techniques of the twentieth century.’ Top 5 Papers by Citation Frequency While writing the above section, it occurred to me that ranking these five publications by total number of citations-to-date in Google Scholar doesn’t account for differences in the number of years between the year of publication and now. I did the math to calculate the average citation frequency per year, and here’s the totally surprising—to me—result: relative gene expression methodology published by Livak & Schmittgen is by far the most frequently cited of the Top 5, according to this way of ranking: I should point out that, as transformative methods such as these gradually become widely recognized as “standard procedures,” researchers tend to feel it unnecessary to include a reference to the orignal publication. Consequenly, citation frequency decreases with time even though cummulative usage increases. In other words, 25 years from now average citations per year for relative gene expression will have likely decreased, and be surpassed by a new “method of the decade,” so to speak. Prediction for the Future This line of reasoning leads me to close with some speculation about what DNA-related technique might emerge as the next “method of the decade” that tops the above ranking by citation frequency. My guess is that it will be Multiplex genome engineering using CRISPR/Cas systems by Zhang & coworkers that has been cited by 4145 at the time I’m writing this piece, only four years from its publication in venerable Science in 2013. Some of my blogs have already commented on various aspects of CRISPR/Cas9, which is among genome editing tools offered by TriLink. As usual, your comments are welcomed.
6 years ago
2 view(s)
Did you like this post?
0
0
Search The Blog
Categories
Tags
Algae amidite ancient DNA and miRNA and RNA antisense aptamer aptamers artificial DNA bacteria bacterial toxin biochemistry biofuel Biomarker Biomarkers biomass brain connectome Broccoli cancer Cas9 Click Chemistry clinical trials CRISPR de-extinction decentralized testing Delivery delivery designer chromosomes diagnostics digital DNA direct sequencing DNA DNA Barcoding DNA Structure DNA-based food identification Editing electronic sequencing Epigenetics exosomes exRNA fertilizer Food Diagnostics forensic forensics Functional foods funding G-Quadruplex gene editing gene engineering Genetic Testing genome Editing genome sequencing GWAS Helix HER2 Identification LDL-cholesterol lncRNA longevity metagenomics methylation microbe microbes microbiome microbiomes microcystin microRNA miRNA misincorporation mod mRNA modified mRNA modified oligonucleotides modified oligos modified RNA mRNA mRNA vaccines mtDNA nanomedicine nanoparticle Nanoparticles nanoparticles nanopore nanopore sequencing next generation sequencing NGS Nucleic Acid nucleic acids Nutraceuticals oligo synthesis oligos Paleogenomics PCR Personal genomics personalized medicine POC protein proteins Pseudouridine pseudouridine replication RNA rna epigenetics RNA Interference (RNAi) RNAi Sanger Sequencing SELEX sequencing SNP Specific Pairing Supplements TALEN telomere telomeres Unnatural Base Pairs Unusual Base Pairs vaccine vaccines virus viruses water Watson & Crick
Recent Posts
""