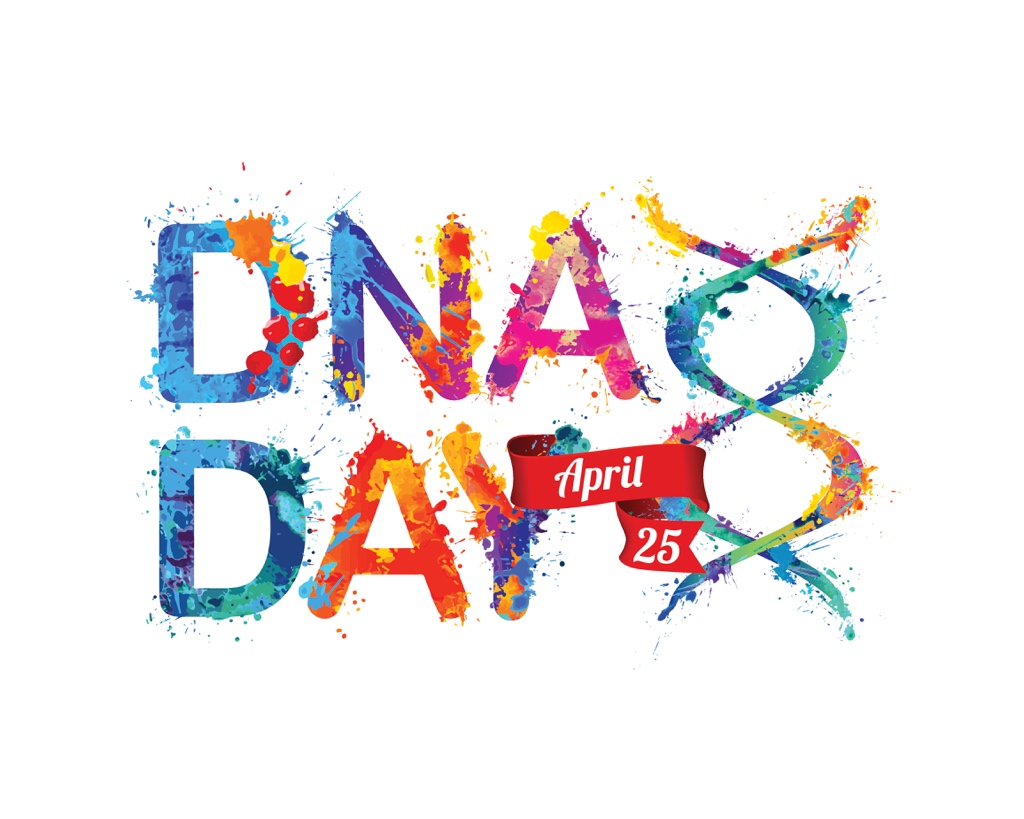 The now iconic double-stranded helical structure of DNA was proposed by James D. Watson & Francis H. C. Crick in their famous publication in Nature on April 25, 1953, titled Genetic Implications of the Structure of Deoxyribonucleic Acid. This extremely brief report—only one page and one figure—contains what is arguably the most understated—and brief, only one sentence—conclusion from base-pairing of A with T and G with C in the two DNA strands:

“It has not escaped our notice that the specific pairing we have postulated immediately suggests a possible copying mechanism for the genetic material.” 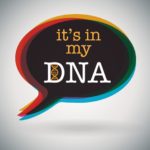 This “copying mechanism” is now the undisputed molecular process that underlies all cellular replication and growth of currently known life forms on Earth. It is scientific dogma that Watson-Crick base pairing in DNA—and its encoded RNA—is the fundamental basis of genetics. Moreover, this concept in genetics has evolved—pun intended—to widespread usage in everyday language, as exemplified by a company advertising that excellent customer service “is in [their>

DNA,” or by all sorts of T-shirts and hoodies proclaiming “it’s in my DNA.”

There are many more examples of DNA being incorporated into common language. For example, quotes by famous people can be found at BrainyQuote® by clicking this link. Among these, I thought several were worth sharing here:

“Our DNA is as a consumer company—for that individual customer who's voting thumbs up or thumbs down. That's who we think about. And we think that our job is to take responsibility for the complete user experience. And if it's not up to par, it's our fault, plain and simple.”—Steve Jobs

“It is in Toyota's DNA that mistakes made once will not be repeated.” —Akio Toyoda

“Music is in my DNA!” —Rihanna

In addition, search engines provide telling numbers about the ubiquity of DNA in science and society. NIH’s PubMed database of basic and applied biomedical publications lists ~1.6 million articles related to DNA, Google Scholar gave ~4.8 million items, and Google provided ~1.2 billion results. The United States Patents database lists ~250,000 patents containing the term DNA. Although these numbers are all unfiltered, they support the traction gained by DNA following the original publication by Watson and Crick.

Science 2018 Breakthrough of the Year 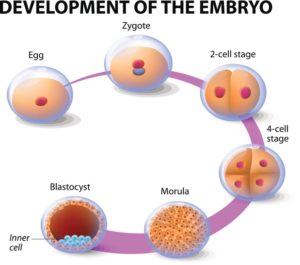 In 2018, Science magazine announced the Breakthrough of the Year: tracking embryonic development at the single-cell level. Watson-Crick base pairing of DNA and RNA underlies this exciting discovery. Throughout the history of science, biologists have been intrigued by the mystery of how a single fertilized egg cell (zygote) develops into an adult animal with multiple organs and billions of cells that are functionally differentiated.

According to the Central Dogma of Molecular Biology depicted here, embryonic growth 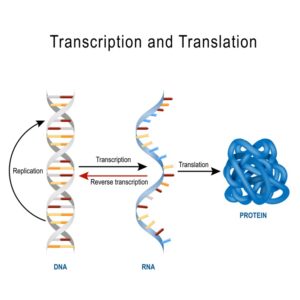 and differentiation involve replication, transcription, and translation. However, the ability to

monitor the details for these processes within each cell as a function of time, has required development of very sophisticated analytical methods. The 2018 breakthrough announcement in Science points to a trio of techniques. First, the isolation of thousands of individual cells. Each cell’s genetic material is then sequenced, in order to gain a snapshot of what RNA is being produced in each cell at a specific time in development. Because RNA sequences are specific to the genes that produced them, researchers can identify which genes are active, and in turn those active genes define what a cell does.

This combination of techniques, known as single-cell RNA-seq, has evolved over the past few years, with a turning point occurring last year, when two groups showed it could be done on a scale large enough to track early development. One group reported using single-cell RNA-seq to measure the activity of 8,000 genes in 6,000 individual cells extracted at one time point from fruit fly embryos. At about the same time, another team reported profiling gene activity of 50,000 single-cells from one larval stage of the nematode Caenorhabditis elegans. The data indicated which proteins (transcription factors) were guiding the cells to differentiate into specialized types. 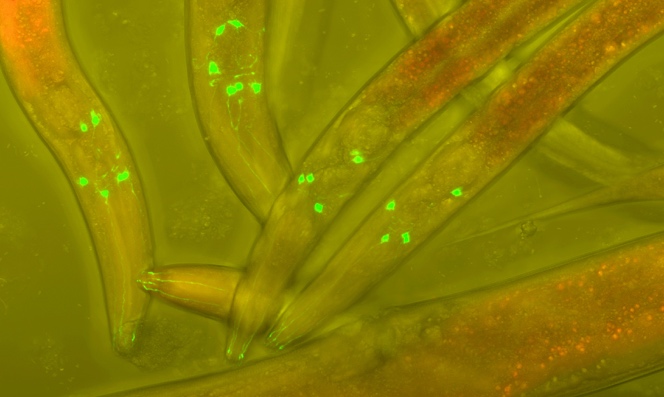 Image of C. elegans, a transparent nematode (roundworm), about 1 mm in length. 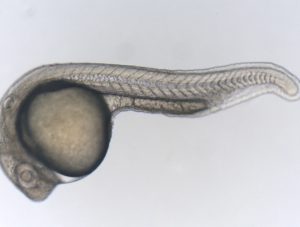 This year, these researchers and others performed even more extensive analyses on vertebrate embryos. Using a variety of complex computational methods, they linked single-cell RNA-seq readouts taken at different time points to reveal the turning on and off of sets of genes that defined the types of cells formed in those more complex organisms. One study of 92,000+ single-cells uncovered how a fertilized zebrafish egg gives rise to 25 cell types, while another investigation monitored frog development through the early stages of organ formation, concluding that some cells begin to specialize earlier than previously thought.

Readers interested in details regarding all of the studies mentioned above can consult the original papers. The remainder of this blog on single-cell RNA-seq will segue into the closely related aspect of single-cell small RNA-seq, which by definition involves RNA that is <500 nucleotides in length and therefore much shorter than mRNA transcripts that encode genes.

Small RNAs (sRNAs) consist of a variety of species, including piwi interacting RNA (piRNA), small interfering RNA (siRNA), Y RNA, transfer RNA (tRNA), and microRNA (miRNA), the latter of which is a well-studied class of 19–23 nucleotide sRNAs, which play a major role in gene regulation. TriLink researchers—including yours truly—have published an improved sRNA library preparation (CleanTag®) that uses chemically modified adapters to suppress adapter dimer formation, and therefore allows for lower sample inputs and elimination of the gel purification step, resulting in an automatable sRNA library preparation protocol. This publication in PLOS One has been viewed more that 10,400 times since its availability online only two and a half years ago. 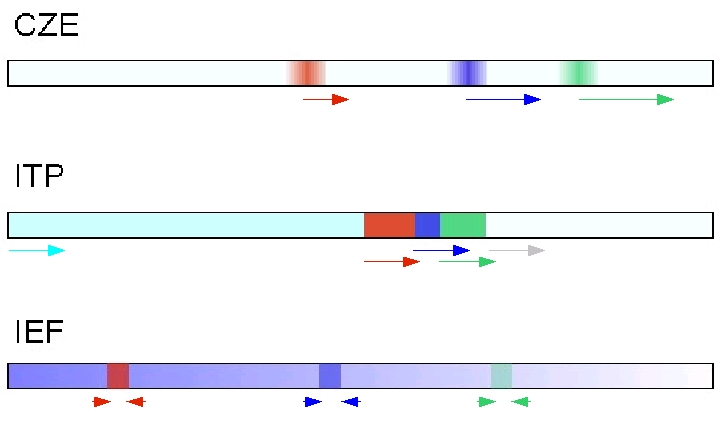 To date, sRNA profiling has been restricted to a large number of cells. This limitation is mostly due to the relatively low abundance of sRNAs compared to mRNAs, and also the large variation in sRNA expression depending on the type and state of the cells. The only previously published method for sc-sRNAseq is the work by Faridani et al.; however, the ITP method of Khnouf et al. presents a much simpler workflow, requires much shorter hands-on time (6 h versus 18 h by Faridani et al.), and provides a greater yield of sRNA library, in part due to CleanTag® mitigation of adapter dimers. 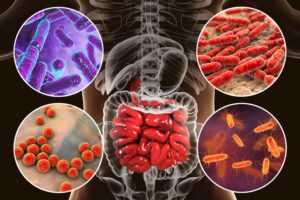 As detailed elsewhere, chemically modified DNA adapters are an essential element of the CleanTag® method for improved preparation of sRNA-seq libraries. While these adapter modifications enable pushing the limits of sRNA-seq to single-cells, investigations in which cell numbers are not limited also benefit from using CleanTag®. For example, Peck et al. have reported studies of gut microbiota (depicted here) that play an important role in regulating the development of the host immune system, metabolic rate, and at times, disease pathogenesis. The factors and mechanisms that mediate interactions between microbiota and the intestinal epithelium are not fully understood.

By using CleanTag® for sRNA-seq, researchers obtained novel evidence that microbiota may control intestinal epithelial stem cell (IESC) proliferation, in part through microRNAs (miRNAs). IESCs comprise the single-cell layer that forms the surface lining of both the small and large intestine (colon) of the gastrointestinal tract. Peck et al. demonstrate that miRNA profiles differ dramatically across functionally distinct cell types of the mouse jejunal (mid-small) intestinal epithelium, and that miRNAs respond to microbiota in a highly cell-type specific manner. The conclusions of Peck et al. are as follows:

“We believe the data provided herein progresses the field, and provides the scientific community a valuable resource through which researchers can initiate novel studies into miRNAs and microbiota-mediated regulation of intestinal physiology, homeostasis, and disease pathogenesis.”

Readers interested in various aspects of microbiota can read some of my other blogs, specifically those in a series titled You and Your Microbiome. In any case, another example of research using CleanTag® is provided in a publication by Amy Buck and collaborators, who disentangled sRNA-seq data to study RNA communication between species. According to these investigators, many organisms exchange sRNAs during their interactions, and these RNAs can target or bolster defense strategies in host-pathogen systems. Current sRNA-seq technology can determine the sRNAs present in any symbiotic system, but there are very few bioinformatic tools available to interpret the results.

The researchers add that one of the biggest challenges comes from sequences that map equally well to the genomes of both interacting organisms. This arises due to the small size of the sRNA compared to large genomes, and because many of the produced sRNAs come from genomic regions that encode highly conserved miRNAs, rRNAs, or tRNAs. Importantly, Buck and collaborators present strategies to disentangle sRNA-seq data from samples of communicating organisms. These are developed using diverse plant and animal species that are known to exchange RNA with their parasites. 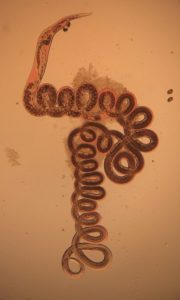 The nematode H. bakeri as seen by an optical microscope. Taken from the digestive tract of a rodent. Taken from commons.wikimedia.org and free to use.

Buck et al. show that sequence assembly, both de novo and genome-guided, can be used for sRNA-seq data, greatly reducing the ambiguity of mapping reads. Due to the fact that even confidently mapped sequences can be misleading, the investigators further demonstrate the use of differential expression strategies to determine the true parasitic sRNAs within host cells. Finally, they validate their methods on new experiments that are designed to probe the nature of the extracellular vesicle sRNAs from the parasitic nematode Heligmosomoides polygyrus bakeri (H. bakeri) that get into mouse epithelial cells.

I for one, fully concur with the readers of Science who voted for sc-sRNA-seq as the 2018 Breakthrough of the Year. I also heartedly agree with Science readership voting RNA gene-silencing drug approval as one of the Runners-Up in this competition. In this regard, I am proud to have blogged about this accomplishment by Alnylam Pharmaceuticals prior to the announcement by Science. Alnylam’s drug is a lipid nanoparticle, akin to the structure shown here, which protects the gene-silencing siRNA and delivers it to the liver. This siRNA provides treatment for a rare disease called hereditary transthyretin amyloidosis by blocking the production of a misfolded protein that builds up, causing heart and nerve damage. 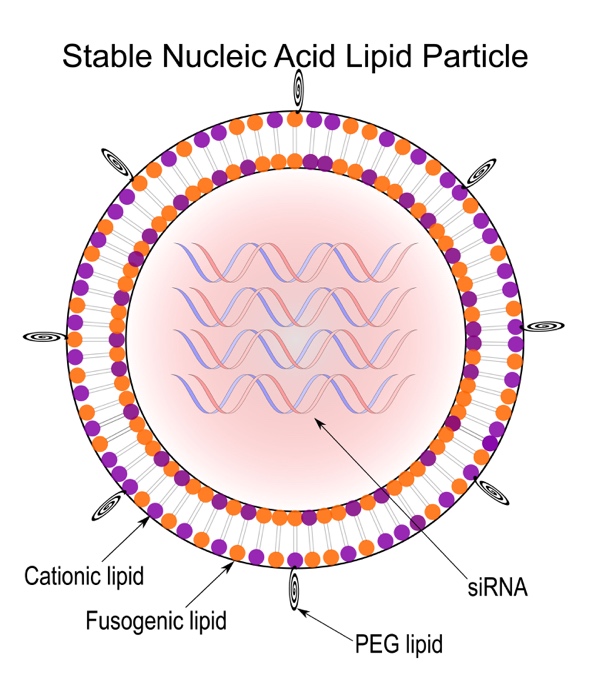 Finally, for the convenience of readers who may be interested in checking out my earlier blogs on DNA Day in past years, here are descriptive links in reverse chronological order:

2015 Amazingly, Phosphorus in DNA and RNA is not Needed for Function 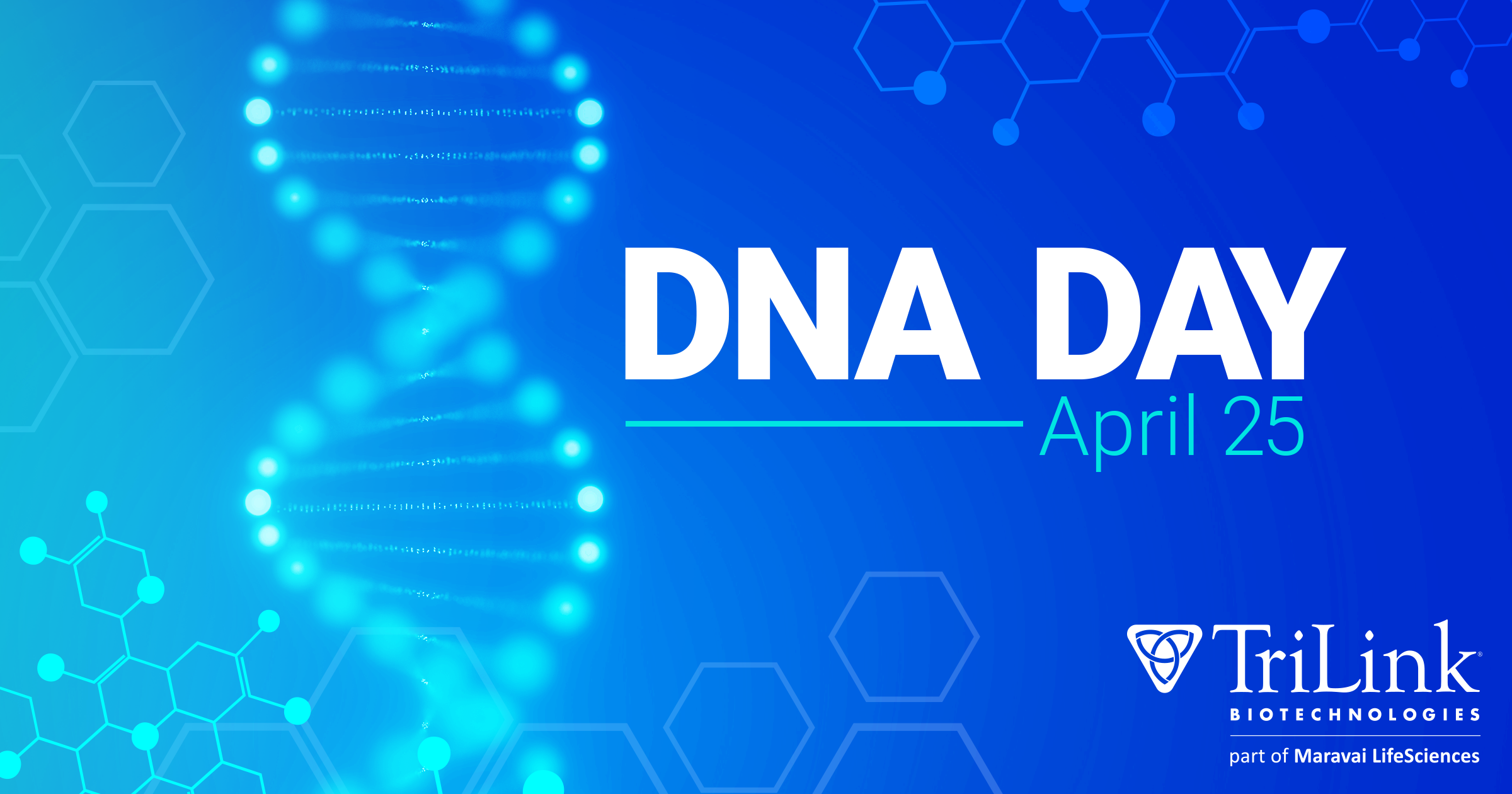