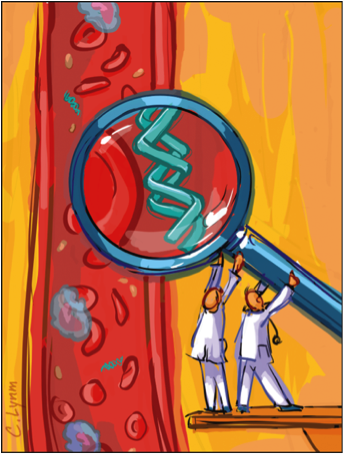 This blog’s title, which recently flashed around the globe as headline news, deserves to be echoed here, as it signals the achievement of a major milestone in nucleic acid-based diagnostics. Ever since the emergence of powerful PCR and sequencing methods for DNA analysis, there have been thousands of publications dealing with discovery and validation of genes associated with the genesis or signature of various types of cancer. A great deal of literature has also appeared regarding possible use of DNA analysis for cancer diagnostics.

Despite these continuing advances, the transition from research findings to doctors using DNA diagnostics has been hindered by the relatively long and costly process of gaining approval by regulatory authorities. In the U.S., the regulatory authority is the Food and Drug Administration (FDA). Readers interested in regulatory aspects can use this link to access FDA guidance for genetic testing in general. The focus herein is to provide a brief overview of what underlies the headline news echoed in the title of this blog.

Molecular pathology of cancer has historically relied upon low-throughput approaches to interrogate a single allele in a single sample, such as those listed at this FDA website. By contrast, massively parallel “next generation” sequencing (NGS) has enabled a dramatic expansion in the content and throughput of diagnostic testing. However, the complexity of clinical NGS testing has prevented laboratories from achieving large-scale implementation, which is needed in order to maximize the benefits of tumor genomic profiling for large populations of patients. In addition, the clinical utility of mutation profiling requires evaluation of how molecular results are influencing therapeutic decisions in different clinical contexts.

The DNA sample prep and analysis methodology described by Zehir et al should be appreciated as a tour de force of integrated automated sample handling systems. The method operates in conjunction with barcoded adapters, PCR, multiplexed DNA capture by biotinylated hybridization probes, and paired-end 100-base pair NGS reads – all to a mean depth of coverage of 718X.

On November 15th 2017, the FDA announced approval of MSK-IMPACT as a tumor profiling assay, i.e. an in vitro diagnostic (IVD) test, which can identify a higher number of genetic cancer mutations (biomarkers) than any test previously reviewed by the agency. The IMPACT test works by comparing a tumor tissue sample to a “normal” sample of tissue or cells from the same patient. This serves to detect genetic alterations that might help guide treatment options.

While the test is intended to provide information on cancer biomarkers, its results are not conclusive for choosing a corresponding treatment according to the FDA, which added that the assay is >99% accurate and capable of detecting a mutation at a frequency of ~5%. Detection of certain molecular changes (microsatellite instability) using the IMPACT test was concordant >92% of the time across multiple cancer types in 175 cases when compared to traditional methods of detection. Importantly, the Centers for Medicare & Medicaid Services (CMS) cover the cost of this test.

Shortly thereafter, on November 30th, the FDA announced approval of FoundationOne CDx (F1CDx) as an NGS-based IVD test that can detect genetic mutations in 324 genes and two genomic signatures in any solid tumor type. This test will also be covered by CMS. Additionally, based on individual test results, the new diagnostic can identify which patients with any of 5 tumor types may benefit from 15 different FDA-approved targeted treatment options. Its results provide patients and health care professionals all of this information in one test report, avoiding duplicative biopsies.

Tearing Down the Walls

A very recently published commentary by Allegretti et al. argues that, besides the many practice-changing implications, MSK-IMPACT and F1CDx approval by the FDA “tears down the conceptual walls dividing system biology from clinical practice, diagnosis from research, prevention from therapy, cancer genetics from cancer genomics, and computational biology from empirical therapy assignment.”

These authors further opine that that MSK-IMPACT and F1CDx have moral and ethical implications. For the first time, the FDA implies—and, the authors posit, some may say FDA plainly endorses the view—that “each patient at an advanced cancer stage has the right to have her/his cancer genome deciphered at the highest possible level of complexity compatible with current knowledge and technology, linking molecular information to state-of-the-art systemic therapies, as they become available.”

Therefore, according to Allegretti et al., extended NGS testing is becoming the standard of care in oncology. In the near future, “NGS profiling will likely be requested at progressively earlier stages, leading to a change in the engagement rules. No longer will the oncologist request a single assay for a single therapeutic option, e.g. BRAF or RAS mutational status for specific pathway blockade in specific cancers. On the contrary, it is implicit in [these>

FDA approvals that the entire mutation catalogue will have to be made available to the medical team as soon as possible after diagnosis, and much before any specific therapy becomes applicable.” Pictorially, they view the new paradigm as follows:

I hope you will forgive my extensive quoting from Allegretti et al., but I believe it’s important to accurately convey the importance of their argument, given the profound impact of this type of thinking. Only time will tell the extent to which change become reality, as these innovations must deal with the hurdle of difficult dynamics between cancer care, cost containment, and societal conscience.

As always, your comments are welcome. 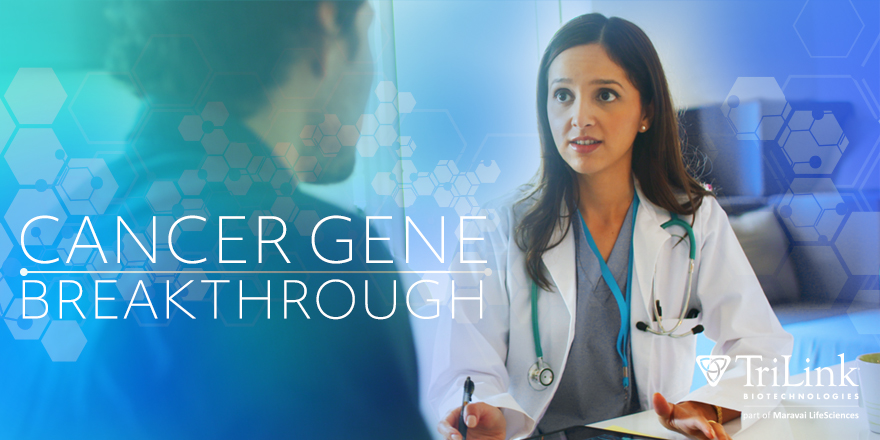