Impossible Foods and Other Achievements of Pat O. Brown

Impossible Foods is a company founded by Patrick “Pat” O. Brown that wants to transform the global food system by inventing foods we love, without compromise. It’s first commercial product uses 0% meat and 100% plants to recreate everything—i.e. sights, sounds, aromas, textures and flavors—of a big, juicy burger, aptly named the Impossible Burger. “Impossible” because this was not thought to be doable, as many “veggie” burgers have fallen short on appearance, texture and—importantly—taste.

But before I tell you more about the circumstances and science of this game changer of a burger by Brown and company, let me start with his background as related to nucleic acid research, specifically microarrays. 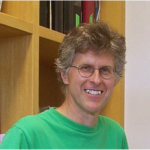 Brown received his BS, MD, and PhD degrees all from the University of Chicago, where he worked and published with Nicholas R, Cozzarelli on topoisomerases, which are enzymes that participate in the overwinding or underwinding of DNA. Brown did his postdoctoral research with uber-famous Nobel Laureates J. Michael Bishop and Harold Varmus at the University of California, San Francisco.

Brown went on to become a professor at Stanford University and in 1995 was the first to report (along with his colleagues) the use of microarrays for high-throughput analysis of nucleic acid. This seminal article published in venerable Science magazine and titled Quantitative monitoring of gene expression patterns with a complementary DNA microarray has now been cited more than 11,000 times in Google Scholar.

This publication described general methods for attaching cDNA probes for genes of interest onto glass microscope slides using a high-speed arraying machine (aka robotic printing). These were then hybridized to fluorescently labeled cDNA derived from mRNA by reverse transcription with dNTPs including labeled dCTP akin to dye labeled dNTPs offered by TriLink for such applications. Slides were then fluorescently scanned to obtain “spots” having pseudo-color intensities for quantitation relative to a “spike in” reference gene, as shown below.

This paper triggered the genesis of what would become a highly competitive microarray industry, which I think of as going from “seeing spots to seeing dollars.” Interested readers can find much information about this in a review by pioneering experts during that time. A brief synopsis of this commercialization involving Brown is as follows.

During his time at Stanford, Brown and his coworkers were using microarrays to generate huge amounts of data on gene expression profiling that required detailed analysis of even larger amounts of information previously published in many different journals. Although many of these journals were available online via a subscription, others were not, and almost all strictly forbade downloading and automated analysis. This thwarted Brown and others from compiling databases for anyone to use as needed. In other words, it prevented Open Access—allowing everyone, everywhere to have unrestricted, free access to this information.

Brown mulled over various ways for researchers to share their data, and in a coffee shop discussion with Harold Varmus, who was then Director of the NIH, they agreed on the possibility of a NIH-hosted computer server where scientists could post their work, and where it would be organized in a systematic way. Shortly thereafter in 1999, Varmus posted on the Director's website a draft proposal for something that was dubbed e-Biomed.

In 2001, Brown helped lead the Public Library of Science (PLOS) initiative to make published scientific research open access and freely available to researchers in the scientific community. PLOS quickly grew in popularity, as have other Open Access journals, and PLOS now publishes roughly 20,000 papers per year. TriLink researchers—including yours truly—are pleased to be PLOS authors in a November 2016 report titled Small RNA Library Preparation Method for Next-Generation Sequencing Using Chemical Modifications to Prevent Adapter Dimer Formation, which has been viewed more than 2,700 times as of June 2017. 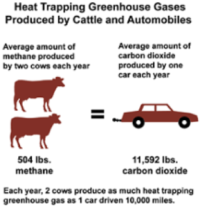 Apparently pioneering Open Access wasn’t enough for Brown and in 2009 he decided to devote his sabbatical to a daunting—if not impossible—challenge: eliminating conventional meat production from animals, which he estimated to be the world’s largest environmental problem, according to a reported interview. Reducing meat consumption, Brown reasoned, would free up vast amounts of land and water, as well as mitigate climate change due to methane emitted by animals (specifically, 8% of the world’s water and 15% of greenhouse gas emissions, according to one report). In addition, there would be elimination of enormous quantities of chemical fertilizers that are harmful to water systems. 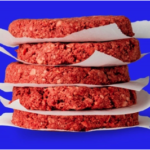 ‘All you have to do is make a product that the current consumers of meat and dairy prefer to what they’re getting now,’ Brown said and succeeded in raising $3 million in venture capital seed money. His startup company—aptly named Impossible Foods—then raised $108 million, in a whopper of a deal (pun intended) for development of its initial product—a plant-based burger, also aptly named the Impossible Burger.

The Impossible Burger is made from all-natural ingredients such as wheat, coconut oil and potatoes. What makes this burger unlike all other veggie burgers is an ingredient called heme. Heme is commonly associated with hemoglobin—the red pigment in blood—but is also found in other hemoproteins, including those in plants, albeit in low abundance compared to red meat. Therein lies the part of this story I decided to research: how does Impossible Foods obtain large amounts of plant heme having the desired properties for their burger?

In an Impossible Foods patent by Brown et al., I found soy leghemoglobin identified as one such exemplary heme, which is pictured right. Plant cells within the nodule produce leghemoglobin to serve as an oxygen carrier to the bacteria within the nodule, similar to hemoglobin in blood. This enables the bacteria to obtain enough oxygen for respiration but ensures that the oxygen is in a bound form so that it cannot harm nitrogen fixing enzymes inside the bacteria. Cutting open a nodule reveals the red color typical of leghemoglobin when it binds oxygen, as seen below.

According to the patent, biosynthetic leghemoglobin was expressed and purified using recombinant DNA technology for protein production, and then shown by SDS-PAGE gel and mass spectrometry to be identical to soybean leghemoglobin isoforms purified from soybean root nodules. Given the advanced state-of-the-art of industrial-scale recombinant production, I assume the Impossible Foods processes pictured right can be scaled-up to reduce cost.

If you think that Brown’s burger probably falls short of what you’d want for a meat substitute, think again. After watching an unbiased—I assume—and rather entertaining video of numerous taste testers (including meat eaters and a life-long vegan) give it positive reviews, I set out to sample an Impossible Burger. It was served as two sliders topped with sun-dried tomatoes, cavolo nero, vegan sun-dried tomato mayonnaise on a poppy seed bun served with chickpea panelle. I found the taste and texture nicely meat-like, but the $16 cost a bit tough to swallow—pun intended.

Readers interested in the ethically compelling case for developing meat substitutes like the Impossible Burger may be interested in a newspaper story about a for-credit curriculum now offered by the University of California, Berkeley. In that article, I was particularly impressed by the extent of other investments in commercialization of meat-substitutes:

In conclusion, I think you’ll agree with me that the aforementioned accomplishments of Pat O. Brown give him good reasons to be smiling so broadly in his picture above. I certainly would be.

After writing this blog, I read about Memphis Meats in San Leandro, California, which—like Mosa Meat and Perfect Day—has been developing cell culture-based technology to produce “meat.” Focusing on chicken, the company is quoted as saying that ‘the taste and texture is similar to that of the real thing, just a bit spongier.’ While this seems promising, it currently costs around $9,000 to produce a pound of Memphis Meats’ poultry, compared to a bit over $3 for a pound of chicken breast. However, the company hopes to reduce costs drastically and to launch a commercial product in 2021. I hope it does, but I think it won’t.