The 7th Cambridge Symposium on Nucleic Acids Chemistry and Biology took place September 3-6, 2017 at historic Queens' College, Cambridge, which was founded in 1448 by Margaret of Anjou (who was then Queen of England by marriage to King Henry VI). Yours truly had the honor of participating in this event and presenting one of TriLink’s posters on the company’s new types of chemically modified mRNA for mRNA therapeutics. As done for other conferences I’ve attended on behalf of TriLink, I wish to share here my personal favorites among the many lectures, which are still fresh in my mind. However, I hasten to emphasize that, while choosing these “favs” is biased a bit by my scientific interests, all the lectures topics are worth looking at later by perusal of the symposium program of nearly forty presentations.

By the way, the symposium’s logo artistically depicts a DNA helix under a wooden bridge, better seen in the accompanying picture of the actual bridge over the River Cam at Queens’ College. Built in 1749, it has become known as the Mathematical Bridge for reasons you can read later, and appears to be an arch but is composed entirely of straight timbers. The historical connection between the DNA double helix and Cambridge is that in 1953 Watson & Crick proposed this now famous deoxynucleic acid structure as the molecular basis for genetics, which I’ll comment on again at the end of this post.

Overview of the Symposium 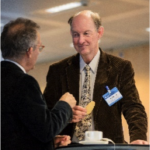 This symposium is the 7th in a popular conference series going way back to 1981 that brings together nucleic acids scientists across a broad area but with emphasis on chemistry, biochemistry and structure. Michael (Mike) Gait, who is at the Medical Research Council Laboratory of Molecular Biology in Cambridge, originated this series and has been a key organizer for all seven conferences. Participants come from all over the world and include professors, students, and companies—as well as Nobel Laureates (this year Jack Szostak of telomeres fame).

In addition to Mike, the organizing committee included Sir Shankar Balasubramanian, who was recently knighted for his contributions to next-generation sequencing and research on G-quadruplexes, the latter of which I featured here a few years ago. Other committee members were Rick Cosstick, Phil Holliger, and Chris Lowe. 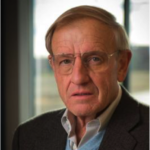 The showcased and highly prestigious Nucleic Acids Award was presented to Marvin (“Marv”) Caruthers in recognition of his seminal contributions to the synthesis of oligodeoxynucleotides (aka “oligos”) based on the use of phosphoramidite chemistry. This mechanistically elegant chemistry enabled much faster and more efficient coupling for automated synthesis of oligos, which fundamentally transformed all manner of basic and applied research with DNA. His award lecture was titled Synthesis, Biochemistry, and Biology of New DNA Analogues, some of which has been recently published. My previous several posts commenting on Marv, who has been a professor at the University of Colorado in Boulder since 1973, can be read later here.

Jerry’s Favs from the Symposium

To encourage inclusion of unpublished results and other types of “late breaking news” from the lab, the organizers forbade use of Twitter or other real-time social media, blogging, or taking pictures of slides being shown. Consequently, what I can say here is restricted to published papers related to my favs. Keeping this limitation in mind, here are my personal top-three talks that I consider to be tied (i.e., have equivalent scientific importance).

DNA Can Function as an Enzyme!

This lecture by Scott Silverman at the University of Illinois, Urbana-Champaign, dealt with DNA enzymes (aka deoxyribozymes), which were first reported in 1996 by Carmi et al., and are of interest because they expand enzymatic functionality from naturally occurring proteins to synthetic nucleic acids. DNA enzymes can be evolved in vitro starting with random sequences of DNA and applying suitable selection.

In a published account titled Pursuing DNA Catalysts for Protein Modification, Silverman has provided a lengthy and chemically detailed description of his use of in vitro selection to develop DNA catalysts for many different covalent modification reactions of peptide and protein substrates. While interested readers can consult Silverman’s account for various examples, it’s illustrative to consider the molecular design strategy depicted below that was used to evolve a synthetic DNA functional-equivalent of naturally occurring protein kinases that, by definition, carry out protein phosphorylation.

In this case, modular deoxyribozyme design involved a stretch of 40 randomized bases (N = A/G/C/T) having a hairpin loop conjugated to a tyrosine (Tyr)-containing peptide on one end, and an ATP-binding aptamer on the other end. This was intended to experimentally assess whether it would be helpful to provide a predetermined small-molecule binding site in the form of an aptamer, which would cooperate functionally with an initially random catalytic region (N40) from the onset of selection. The selection outcome established that while modular deoxyribozymes that utilize a distinct predefined aptamer domain can indeed be identified, such DNA catalysts do not have any functional advantage relative to nonmodular analogues selected simultaneously for binding and catalysis, at least for this test case of tyrosine kinase activity using an ATP phosphoryl donor.

By analogy to use of in vitro selection to evolve DNA enzymes from complex pools of random sequences of DNA, complex mixtures of unrelated RNA sequences can also be subjected to in vitro selection to evolve RNA enzymes (aka ribozymes). Indeed, as noted and cited in a talk by co-organizer Philipp Holliger, the emergence of an RNA catalyst capable of self-replication is considered a key transition in the origin of life in the prebiotic “RNA World” first hypothesized by Walter Gilbert in the 1980s. How such self-replicating (replicase) ribozymes emerged from the pools of short RNA oligomers arising from prebiotic chemistry and non-enzymatic replication, however, is unclear.

In a published version of Holliger’s talk addressing this important open question, his laboratory carried out an elegant series of experiments demonstrating that RNA polymerase ribozymes can assemble from catalytic networks of RNA oligomers that are each no longer than 30 nucleotides. Additionally, they found that entropically disfavored assembly reactions are driven by iterative freeze-thaw cycles. Such cooling (to freeze)-warming (to melt) cycles for aqueous solutions of RNA oligo reactants are notionally opposite to heating (to dissociate)-cooling (to hybridize) cycles used for amplification by PCR.

Interested readers can peruse Holliger’s publication for details about these novel findings, but for the purposes of this blog the schematic shown below depicts and describes the mechanism for assembly wherein relatively short RNA oligomers undergo serial ligations and “grow” into a self-replicating RNA polymerase. To me, these results provide an amazing glimpse backward in time to how the RNA World may have evolved!

Assembly of a RNA polymerase ribozyme (RPR 1234) from oligonucleotides devoid of pre-activation. (a) Schematic representation of the assembly trajectory involving (anti-clockwise from top left), ribozyme (blue) cleavage of a short 3′ tail (red) generating a 2′, 3′ cyclic phosphate (>p) (red dot), dissociation of the cleaved tail and strand exchange to cognate substrate (orange) followed by ligation of substrate 5′ OH with >p. (b) Network diagram of RPR 1234 assembly from 4 tailed fragments 1, 2, 3 and 4. Tailed input fragments can ligate to their cognate 5′fragments but must be cleaved (red lines) before ligation to 3′fragments. Taken from Holliger Nat Chem (2015). 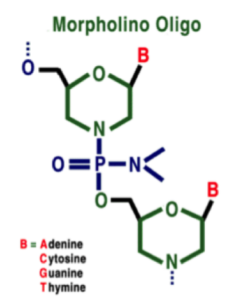 A talk by Fazel Shabanpoor titled Identification of a Peptide for Systemic Brain Delivery of a Morpholino Oligonucleotide in Mouse Models of Spinal Muscular Atrophy described work that he had just published with a group of collaborators that included symposium co-organizer Mike Gait, whose lab interests have recently focused on cell-penetrating peptides. This was a fav for me because it had multiple interesting elements: (1.) systemic brain delivery, which is a widely recognized challenge; (2.) “weirdly” structured morpholino oligos, which have backbone structures quite unlike DNA that I’ve commented on here previously; and (3.) splice-switching antisense oligos (SSOs). The latter class of molecules (SSOs) base-pair with a pre-mRNA and disrupt the normal splicing repertoire of the transcript by blocking the RNA–RNA base-pairing or protein–RNA binding interactions that occur between components of the splicing machinery and the pre-mRNA. Readers interested in SSOs—currently a “hot topic”—can consult a recent comprehensive review, while SSOs for spinal muscular atrophy (SMA) has been featured in previous blog here.

Shabanpoor’s lecture highlighted the fact that development of systemically delivered antisense therapeutics has been hampered by poor tissue penetration and cellular uptake, including crossing of the blood–brain barrier (BBB) to reach targets in the central nervous system (CNS). For SMA application, Shabanpoor et al. investigated the ability of various BBB-crossing peptides for CNS delivery of a splice-switching 20-mer phosphorodiamidate morpholino oligonucleotide (PMO) targeting survival motor neuron 2 (SMN2) exon 7 inclusion. They identified a branched derivative of the well-known ApoE (141–150) peptide, which as a PMO conjugate was capable of exon inclusion in the CNS following systemic administration, leading to an increase in the level of full-length SMN2 transcript.

Treatment of newborn SMA mice with this peptide-PMO (P-PMO) conjugate resulted in a significant increase in the average lifespan and gains in weight, muscle strength, and righting reflexes. Systemic treatment of adult SMA mice with this newly identified P-PMO also resulted in small but significant increases in the levels of SMN2 pre-messenger RNA (mRNA) exon inclusion in the CNS and peripheral tissues. It was concluded that this work provides proof of principle for the ability to select new “peptide paradigms to enhance CNS delivery and activity of a PMO SSO through use of a peptide-based delivery platform” for the treatment of SMA potentially extending to other neuromuscular and neurodegenerative diseases.

Parting Thoughts and The Eagle

I hope that you can now appreciate why these three lectures were my favs from the 7th Cambridge Symposium. Silverman’s conversion of DNA into an enzyme that can phosphorylate a protein is an exciting demonstration of the power of bio-organic chemistry to manipulate DNA to do things it can’t do naturally. Holliger’s demonstration of how RNA polymerase ribozymes may have evolved gives credence to the RNA World hypothesis, and indicates that this supposed prebiotic environment may have provided critical freezing and thawing cycles over many millennia of molecular evolution. In the present biotic world, humans afflicted with neuromuscular and neurodegenerative diseases may benefit from Shabanpoor & Gaits’ new peptide paradigms to enhance CNS delivery and activity of therapeutic oligos.

In conclusion, I should mention that researchers who work with DNA will invariably visit The Eagle when in Cambridge, which is a pub only a short walk from Queens’ College. This pub, which dates back to 1667, is quite famous because it is known with certainty to be the place where Francis Crick interrupted patrons' lunchtime on February 28, 1953 to announce that he and James Watson had ‘discovered the secret of life’ after they had come up with their proposal for the structure of DNA. Today the pub serves a special ale dubbed “Eagle’s DNA” to commemorate the discovery. Trust me when I say that this ale is mighty tasty, because I enjoyed a pint of it, and while standing in the que for that brew, was inspired to capture this image to share here. 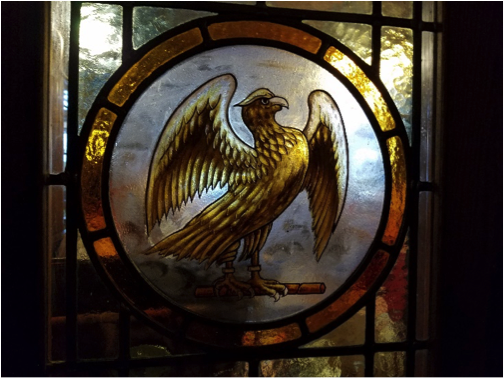