I suspect that thinking about immortality—if not living longer—was something humans mused about ever since they comprehended the notion of death. Why we die and—more importantly—seeking ways to avoid death inevitably followed. Among ancient legends about immortality, I’m fond of alchemists searching for the Philosopher’s Stone (aka elixir of life), although that is predated by several millennia of other mythical attempts by ancient Egyptians, Chinese and Greeks to live forever. Forever is a long time, you may be thinking, and perhaps overreaching even conceptually (although that’s been debated), so how about the likelihood of living a lot longer? If you’re skeptical about living longer and—here’s the catch—enjoying it—here are some scientifically notable folks who think this isn’t too far from reality. 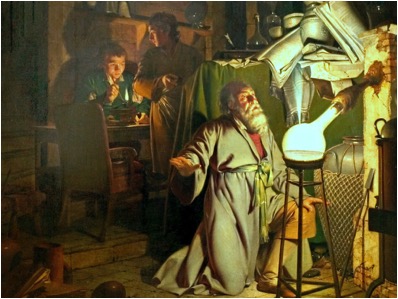 in Search of the Philosopher's Stone" painted by Joseph Wright in 1771. Taken from ultraculture.org.

Craig Venter of sequencing-the-human-genome-fame is one, who regular readers of this blog will recall, was featured in a previous post as having founded a company named Human Longevity Inc. (HLI). The lofty goal of HLI is “to solve the diseases of aging by changing the way medicine is practiced.” As of now, however, reported efforts have been mostly assembling its team, and offering affordable (only $250) lifestyle-related whole-transcriptome sequencing to clients of Discovery, a non-US health insurance company. While this is an admirable first step, it’s hardly unique, in my opinion—e.g., see Personalis. 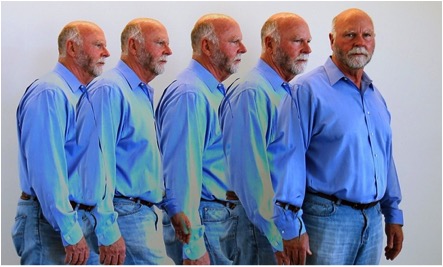 Perhaps the most buzz about corporate quest for longevity-based research was caused by the recent entry of Google—yes the G-word—via formation of Calico, which uber-famous Larry Page described as being focused on "health, wellbeing and longevity." Calico’s is an acronym for “California Life Company," and is now part of Alphabet Inc. following Google’s recent restructuring. 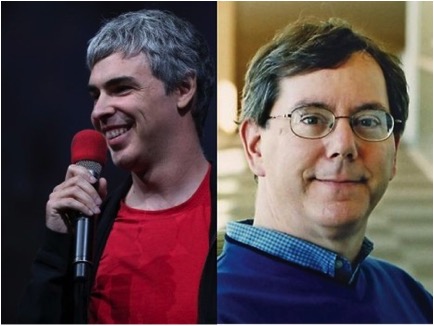 Many of us—especially if you’re a “senior” like me—are familiar with numerous catchy articles or ads claiming that “60 is the new 40” or “60 is the new 30 twice” and so forth. So, when I read somewhere about "90 being the new 40” I felt compelled to check out what gimmick is being pitched. Turns out that it led instead to learning about an impressive array of teams seriously competing for the Palo Alto Longevity Prize (the “Prize”), which in a nutshell involves the following:

Information and images for participating teams are available here, along with loads of catchy “sound bites” from various folks that you can listen to—or mute to better concentrate, as I did.

If all of the aforementioned seem too unrealistic and you’d rather learn about goals with more gusto, so to speak, then consider Cambridge (UK) researcher Aubrey de Grey, who argues that aging is merely a disease—and a curable one at that. In his energetically presented TEDx Talk video, which I think is both intellectually stimulating and entertaining—he discusses seven basic ways of human aging, all of which he says can be averted. Aubrey claims he has drawn a roadmap to defeat biological aging. He provocatively proposes that the first human beings who will live to 1,000 years old have already been born. 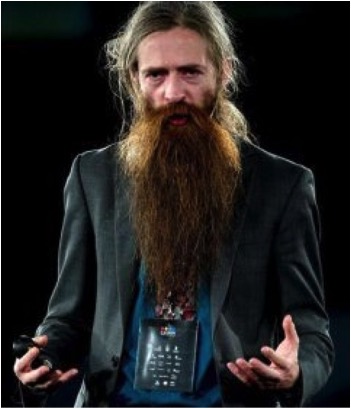 “Basically, the body does have a vast amount of inbuilt anti-ageing machinery; it's just not 100% comprehensive, so it allows a small number of different types of molecular and cellular damage to happen and accumulate.” One of many provocative quotes by Aubrey de Grey pictured above. Taken from floridahillbilly.com

If Aubrey’s audacious prediction comes true, I suppose the 1,000 year-old could be called “Millennium Man”—or Woman—and have the distinction of being older than Methuselah, who lived to be 969 according to the bible. BTW, literal interpretations of the bible suggest that early humans had a better diet (think “Paleo”) or that a water vapor canopy protected the earth from radiation before the Flood. Interesting speculations.

Turn Back the Clock with Telomeres

Plenty of academic researchers are publishing papers on longevity, as evidenced by my search of NIH PubMed titles/abstracts that gave a projected average of ~5.5 per day in 2015. Among these, my definite favorite involves the Stanford University work of Blau and her team, who lengthened telomeres to prolong growth of human cells. Gradual shortening of telomere DNA sequences at the ends of chromosomes is known to be associated with aging, the importance of which was recognized when the 2009 Nobel Prize in Physiology or Medicine was awarded to Elizabeth H. Blackburn, Carol W. Greider and Jack W. Szostak.

Human chromosomes (grey) capped by telomeres (white), which have G-rich sequences that can form four-stranded, G-quadruplexes—see my previous blog—at the ends as depicted (circles). Taken from wikipedia.org.

Using chemically modified NTPs from TriLink, the Stanford team enzymatically synthesized corresponding modified mRNA encoding TERT, which is a telomerase-specific reverse transcriptase involved in lengthening telomeres. They found that delivery of TERT modified mRNA to human fibroblasts rapidly extends telomeres, after which telomeres resume shortening. Three successive transfections over 4 days led to 28 additional population doublings. In a sense, this is like turning back the clock of aging, or more accurately, keeping the clock ticking. 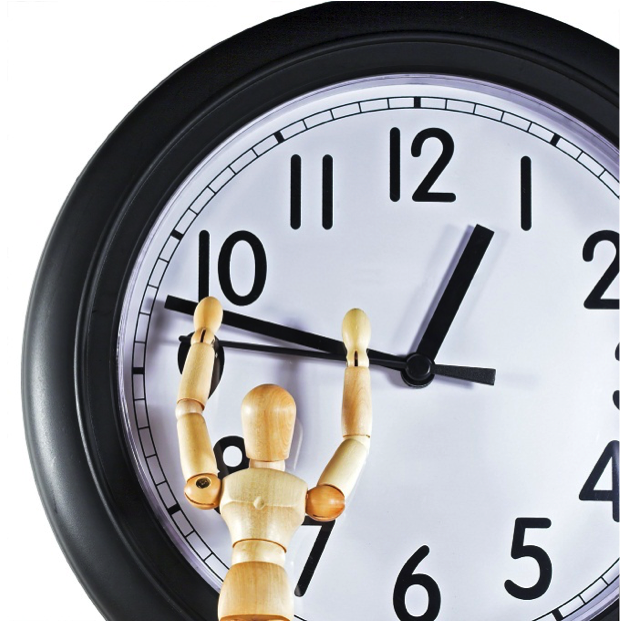 Turning back the clock. Taken from calebnash.com

While these findings with biosynthetic chemically modified mRNA encoding TERT are obviously a long way from fulfilling the longing for longevity that is the theme of this post, they are a step in the right direction. I wondered if regular infusion of a mouse with mouse mRNA-encoded TERT would prolong life, compared to control mice, but then thought if all cells—including those with genetic defects or cancer mutations—lived longer, there may not be a differential effect from which life would be prolonged. Perhaps it’s worth doing to find out.

On the other hand, Dr. Greider has just published results of a study proving that another enzyme (ATM kinase) is involved in regulating telomere length, so artificially maintaining longevity may involve more than increasing levels of telomerase.

What do you think? As usual, your comments about this question, or anything else here, are welcomed.

Star Trek enthusiasts among you may recall an episode entitled Requiem for Methuselah in which Captain Kirk et al. beam down to a supposedly uninhabited planet in search of ryetalyn, a needed antidote, but encounter Flint and his “daughter” Rayna. Long story short, Flint is an immortal who wandered Earth for centuries in various personas (including Brahms and da Vinci), but came to this planet to retire in peace and built the “Rayna" android as his companion. In an ending that doesn’t make scientific sense to me, Flint will soon perish because what made him immortal was the atmosphere of Earth. Leaving it robbed him of that power. Oh well, it’s only a story—or is it? 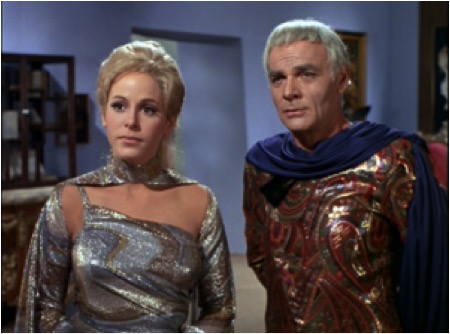 Rayna and Flint. Taken from dauntlessmedia.net.