May is Mental Health Month

Since 1949, Mental Health America (MHA) and its affiliates across the country have led the observance of May as Mental Health Month, reaching millions of people through the media, local events, and screenings. MHA welcomes other organizations to join it in spreading mental health awareness by using the May is Mental Health Month toolkit materials and conducting educational activities through #4Mind4Body. This blog is a way for TriLink BioTechnologies, on behalf of all Maravai LifeSciences businesses, to join MHA in “spreading the word” about this very important health issue.

In general, my blogs tend to revolve around topics trending in nucleic acids research. In keeping with this, I will briefly discuss two recent publications that provide new and compelling evidence linking human gut microbiome composition to depression and schizophrenia. These examples of the gut-brain connection (aka gut-brain axis) are especially noteworthy, since microbiome composition can be monitored by sequencing and altered by diet, as I have previously blogged about. Because of this, dietary modifications can be a healthy alternative to traditional medications, which have adverse side-effects and can be abused.

Some Basics About Depression and Schizophrenia

According to the U.S. National Institute of Mental Health (NIMH), the lead federal agency for research on mental disorders, depression and schizophrenia are two among eleven major categories that include autism spectrum disorder, attention-deficit/hyperactivity disorder, bipolar disorder, etc.

Depression: While there are a number of discrete forms of depression, all involve some type of serious mood disorder that affects how you feel, think, and handle daily activities, such as sleeping, eating, or working. To be diagnosed with depression, the symptoms must be present for at least two weeks. Depression (aka major depression or clinical depression) is one of the most common mental disorders, estimated by NIMH to afflict ~17 million adults in the U.S.

Current research suggests that depression can be caused by genetic, biological, environmental, and/or psychological factors. It can happen at any age, but often occurs in adulthood, sometimes beginning as high levels of anxiety in children or adolescents. Even in the most severe cases, depression can be treated. The earlier treatment can begin, the more effective it is. Depression is usually treated with medications (antidepressants), psychotherapy, or a combination of the two. If these treatments do not reduce symptoms, electroconvulsive therapy and other brain stimulation therapies may be options worth exploring.

In regard to anti-depression medications and possible abuse, it is worth mentioning that, on March 5th of this year, the U.S. FDA announced approval of Spravato (esketamine) nasal spray, in conjunction with an oral antidepressant, for the treatment of depression in adults who have tried other antidepressant medicines but have not benefited from them (treatment-resistant depression). Spravato administration causes sedation and dissociation. Because of the risk of serious adverse outcomes resulting from these effects, and the potential for abuse and misuse of the drug, it is only available through a restricted distribution system.

Schizophrenia: This chronic and severe mental disorder affects how a person thinks, feels, and behaves. People with schizophrenia may seem like they have “lost touch with reality.” Schizophrenia is estimated to afflict ~2.5 million people in the U.S. Although not as common as other mental disorders, the symptoms can be very disabling, and usually start between ages 16 and 30. The symptoms of schizophrenia fall into three categories: positive, negative, and cognitive, which are further defined here.

Scientists believe that although many different genes may increase the risk of schizophrenia, no single gene causes the disorder by itself. It is also believed that interactions between genes and aspects of the individual’s environment are necessary for schizophrenia to develop. Environmental factors may involve: viruses, malnutrition before/problems during birth, and psychosocial factors. An imbalance in the complex, along with interrelated chemical reactions of the brain involving the neurotransmitters dopamine and glutamate, may also play a role in the onset of schizophrenia.

Some experts believe that problems during brain development before birth may lead to faulty connections. The brain also undergoes major changes during puberty, and these changes can trigger psychotic symptoms in people who are vulnerable due to genetics or brain differences. Treatments typically involve antipsychotic medications and psychosocial therapy, both of which are discussed elsewhere.

Links Between Gut Microbes and Depression

For more information on this complex topic, interested readers can consult a comprehensive review in 2014 by Mayer et al. titled Gut Microbes and the Brain: Paradigm Shift in Neuroscience, which covers preclinical literature for signaling between the brain and the gut microbiome. The possibility that alterations in the gut microbiome may play a pathophysiological role in various brain diseases, including depression, was considered by the authors to be speculative and in need of large population-based studies. The population size needs to provide statistically significant results upon which conclusions can be based.

Such a study has been recently highlighted in prestigious Nature magazine, in an editorial which notes that “just ten years ago, the idea that microorganisms in the human gut could influence the brain was often dismissed as wild. Not anymore.” As only a short synopsis of this landmark paper published in February 2019 in Nature Microbiology by Valles-Colomer et al. will be presented here, interested readers can consult the full publication at this link. Next-generation sequencing and bioinformatics methodologies used for identification and quantification of microbe diversity, which are technically quite complicated processes but now widely employed for many applications, can be read about by consulting the lead reference at this link. 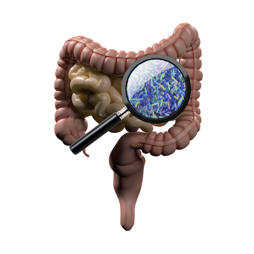 In this study, Valles-Colomer et al. first assess gut microbiota compositional covariation with quality of life (QoL) indicators and general practitioner-reported depression in the Belgian Flemish Gut Flora Project (FGFP) population cohort (n = 1,054). The results were then validated both in the Dutch LifeLines DEEP (LLD) cohort with associated QoL and self-reported depression metadata (n = 1,063) and in previously published case–control studies on depression. To functionally analyze the gut microbiota neuroactive metabolic potential, they developed modules to profile the microbial pathways involved in neuro-microbiome mediator metabolism. Finally, application of these gut–brain modules in a shotgun-sequenced subset of the FGFP (n = 150) and validation in the LLD metagenomes data set (n = 1,063), and among a patient group suffering from treatment-resistant major depressive disorder (TR-MDD; n = 7), allowed Valles-Colomer et al. to link microbiota neuroactive capacity with QoL and depression.

The researchers found that two groups of bacteria, Coprococcus and Dialister, were reduced in people with depression. Gut–brain module analysis identified the microbial synthesis potential of the dopamine metabolite 3,4-dihydroxyphenylacetic acid (DOPAC) as correlating positively with mental QoL, and indicated a potential role of microbial γ-aminobutyric acid (GABA) production in depression. However, it should be emphasized that these are correlations, and do not necessarily result in causation. 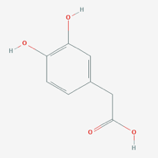 According to the Nature editorial mentioned above, “the challenge now is to find out whether, and how, these microbe-derived molecules can interact with the human central nervous system, and whether that alters a person’s behavior or risk of disease. At least now, answering these questions is a wise pursuit, not a wild one.”

Links Between Gut Microbes and Schizophrenia

Almost concurrently with the above report in February 2019, Zheng et al. published a study in the prestigious Science Advances. This study also used next-generation sequencing and bioinformatics methodologies to link gut microbes with schizophrenia (SCZ). Sequencing reads from 63 patients with SCZ and 69 human controls (HCs) were clustered into 864 operational taxonomic units (OTUs) at 97% sequence similarity. A Venn diagram showed that 744 of 864 OTUs were detected in the two groups, while 56 and 64 OTUs were unique to patients with SCZ and HCs subjects, respectively.

To identify key discriminative microbial markers, Zheng et al. performed a stepwise regression analysis based on the relative abundance of different gut microbes. This analysis showed that the most significant deviations between SCZ and HC subjects occurred for the bacterial families Aerococcaceae, Bifidobacteriaceae, Brucellaceae, Pasteurellaceae, and Rikenellaceae, which was said to suggest potential diagnostic value for SCZ.

In my opinion, the experimentally most interesting work involved fecal microbiota transplantation from patients with SCZ to germ-free mice to assess whether SCZ-relevant behavioral phenotypes might be linked with disturbed gut microbiota. Behavioral tests showed that mice transplanted with SCZ microbiota displayed locomotor hyperactivity, decreased anxiety- and depressive-like behaviors, and increased startle responses, suggesting that the disturbed microbial composition of SCZ microbiota recipient mice was associated with several characteristic of mouse models of SCZ. 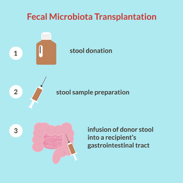 They identified decreased brain glutamate, disruptions in the glutamate-glutamine-GABA cycle, and altered amino acid and lipid metabolism as possible mechanistic targets that may underlie the altered behavior in the SCZ microbiota recipient mice, which was said to be consistent with known pathophysiology of SCZ. They also found significant changes in lipid species, especially involving glycerophospholipid metabolism, in the SCZ microbiota versus HC microbiota mice. This was said to be consistent with disturbances in serum and brain lipids previously observed in patients with SCZ, and with the fact that glycerophospholipids are major components of the myelin and neuronal membranes that are key regulators of synaptic function.

I hope that these brief synopses of the recent reports linking gut microbiota to clinical depression by Valles-Colomer et al., and to SCZ by Zheng et al., will in some way lead you to agree with me that such applications of nucleic acid sequencing to microbiome metagenomics are indeed representative of a new era for investigating mental health. My belief is that this type of sequencing will eventually lead to improved diagnosis of these and other neurological diseases. The extent to which controlled diets and/or transplants of therapeutic microbiota will contribute to improving mental health are still matters of speculation at this time. However, being an optimist, my outlook on these alternatives to traditional medications is favorable.

Although only indirectly related to the gut microbiome-brain focus of this blog, I think it’s worth mentioning the following findings recently published in Nature by researchers at the EMBL European Bioinformatics Institute and the Wellcome Sanger Institute.

Although the newly identified species are less prevalent in well-studied populations compared to reference isolate genomes, they improve classification of understudied African and South American samples by over 200%. These candidate species encode hundreds of novel biosynthetic gene clusters and possess a distinctive functional capacity that might explain their elusive nature. The researchers concluded that this work “uncovers the uncultured gut bacterial diversity, providing unprecedented resolution for taxonomic and functional characterization of the intestinal microbiota.” 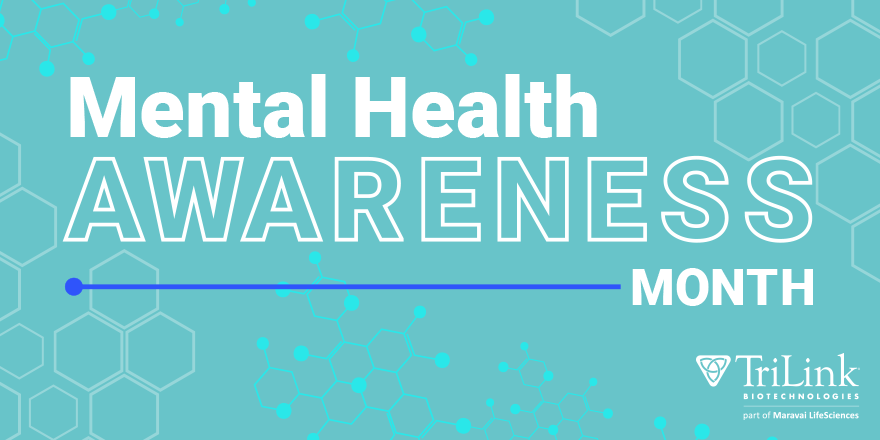