In 2008, The European Organization for Rare Diseases established Rare Disease Day. This day, held on February 28th, seeks to raise awareness of rare diseases while improving access to treatment and medical representation for individuals and families afflicted by them. February was chosen as Rare Disease Month because it has the “rarest” number of days. Rare Disease Day went global in 2009 via the mobilization of 200 rare disease patient advocacy organizations worldwide.

Although there is no single definition of what constitutes a rare disease, the most common definitions are based off of the eligibility criteria used by drug regulatory agencies for financial and regulatory incentives to develop rare disease therapies known as “orphan drugs” (Haendel et al.). These definitions however, differ between different regions. For example, in the United States, a rare disease is defined as a condition that affects fewer than 200,000 people in the country. However, in the European Union, a disease is rare when it affects fewer than 1 in 2,000 people.

It is estimated that >300 million people globally suffer from a rare disease, and 50% of these are children (Figure 1). Extensive information about many of the estimated ~7,000 rare diseases (Tambuyzer et al.) is available from either the National Institutes of Health Genetic and Rare Disease Information Center (GARD), or the National Organization for Rare Diseases (NORD). Because ~80% of rare diseases are genetic and only 5% have approved treatments, there is much interest in using recently developed CRISPR editing approaches to target causative genes and find cures (Newby and Liu). 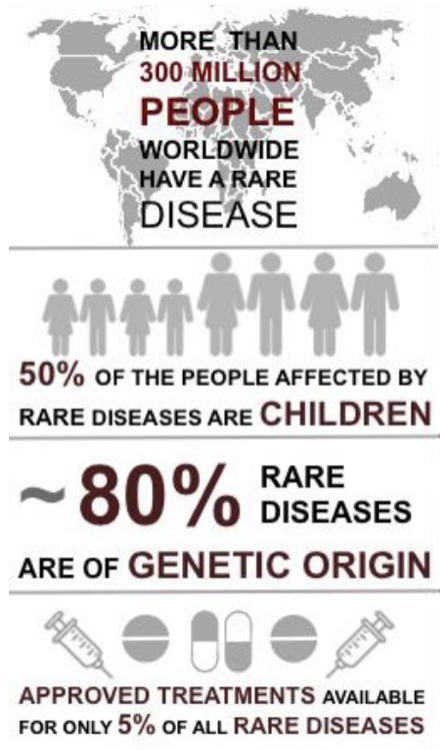 FIGURE 1. Key statistics for rare diseases. Adapted from Bhattacharjee and Nandi and free to use.

This blog will provide brief synopses of six recent examples of progress toward CRISPR gene editing of rare diseases, three of which are in early clinical trials (Phase 1/2) and four of which use TriLink products:

According to the United States Centers for Disease Control and Prevention (CDC), sickle cell disease (SCD) is a group of inherited red blood cell disorders in which round red blood cells become sickle-shaped, leading to serious problems such as infection, acute chest syndrome, and stroke. SCD affects ~100,000 Americans, so it is considered a rare disease.

The TriLink June 2021 Research Spotlight featured a publication from Beam Therapeutics (Chu et al.) that reported rationally designed fusions of a deaminase and CRISPR-Cas as adenine base editors (ABE) for precise editing of SCD mutations. Production of mRNA for the ABEs used complete substitution of uridine with TriLink’s N1-methylpseudouridine (m1ψ) and co-transcriptional capping with CleanCap® AG reagent.

More recently, as reported in SCD News, the United States Food and Drug Administration (FDA) has cleared Beam for clinical testing of its ABE, BEAM-101. The base editor has one-time treatment potential for patients with SCD via ex vivo editing of hematopoietic stem cells to produce functional fetal hemoglobin, following stem cell transplant. SCD News added that another ABE, BEAM-102, which aims to change the disease-causing hemoglobin gene into a functional version called the Makassar variant (Chu et al.), is in preclinical testing.

Leber congenital amaurosis (LCA) is considered one of the most severe inherited retinal diseases, affecting approximately 1 in 30,000 newborns (Leroy et al.). Mutations in 25 genes have been associated with LCA, and those in the gene encoding centrosomal protein 290 (CEP290) are the most frequent culprits, responsible for up to 30% of cases.

A recurring causative mutation in an intron of CEP290 leads to reduced gene expression. To treat this pathogenic mutation, researchers at Editas Medicine have developed a DNA plasmid vector comprised of three functional components for CRISPR editing: Staphylococcus aureus Cas9 and two single-guide RNAs (Michael et al.). An ongoing Phase 1/2 study aims to evaluate the safety, tolerability, and efficacy of single escalating doses administered via subretinal injection in participants with LCA10 caused by this mutation.

Hereditary angioedema (HAE) is a rare inherited disorder characterized by recurrent episodes of fluid accumulation outside the blood vessels. This fluid accumulation blocks the normal flow of blood or lymphatic fluid and causes rapid swelling of tissues in the hands, feet, limbs, face, intestinal tract, or airway. Symptoms typically begin in early childhood, affecting an estimated 1 in 50,000 to 150,000 individuals worldwide.

In genetically modified huKLKB1 mice, a single administration of NTLA-2002 resulted in robust KLKB1 gene editing (∼70%), subsequent reductions in total plasma kallikrein (>90%), and abrogation of captopril-induced vascular leakage. In cynomolgus monkeys, a single administration of a cyno-specific LNP formulation resulted in robust gene editing (∼70%) and reductions in both total kallikrein protein and activity (>95%). Further, these reductions have been maintained for at least 15 months in an ongoing monkey study.

Based on these promising preclinical results, a currently recruiting clinical trial of NTLA-2002 in adults with HAE will, in Phase 1, evaluate the safety and tolerability of a single dose in 3 dose-escalation cohorts. In Phase 2, participants will be assigned to one of 2 dose levels for evaluation of HAE attack rate and total plasma kallikrein protein level, which will be followed by a randomized placebo-controlled study.

Glycogen storage disease (GSD) type 1 is an inherited disorder caused by the buildup of a complex sugar called glycogen in the body's cells, especially those in the liver, kidneys, and small intestines. This buildup impairs the ability for affected cells to function normally. There are two types of GSD (Bali et al.): type 1a and type 1b, with GSD 1a being much more prevalent (~80%). GSD 1a, caused by a deficiency of glucose-6-phosphatase (G6Pase) catalytic activity, is characterized by growth retardation, leading to short stature and accumulation of glycogen and fat in the liver and kidneys. Newborns aged 3 to 4 months with GSD 1a commonly present with hepatomegaly, lactic acidosis, and/or hypoglycemic seizures.

In a preliminary project aimed at developing a CRISPR gene editing cure for GSD 1a, mutation data were obtained for 57 GSD type 1a patients (Mantas et al.). The results revealed that 16 of the known (Chou and Mansfield) functional mutations (50 missense, 2 nonsense, and 2 insertion/deletion) were in the G6Pase catalytic subunit gene. Allele frequencies of these mutations were calculated, and one, the R83C/H mutation, was found to be the most common (59%). The prime editing design of this mutation to restore G6Pase activity was carried out to deliver the required mRNA in lipid nanoparticles (LNPs). TriLink custom designed and manufactured the mRNA for this project (Mantas et al.).

Mitochondrial neurogastrointestinal encephalopathy (MNGIE) syndrome is an extremely rare condition that mainly affects the digestive and nervous systems (GARD). Almost all people with MNGIE have gastrointestinal dysmotility, in which the muscles and nerves of the digestive system do not move food through the digestive tract efficiently. This results in gastroesophageal reflux, vomiting after eating, and episodic abdominal pain. Affected people may also have droopy eyelids or weakness of other eye muscles, as well as peripheral neuropathy. Signs and symptoms most often begin by age 20 and worsen with time.

MNGIE is caused by recessive mutations in the TYMP gene, which encodes thymidine phosphorylase (TP), a phosphorylase important for maintaining adequate levels of thymidine in the mitochondria. TP catalyzes the conversion of thymidine to thymine and 2-deoxy-α-D-ribose-1-phosphate (dRib-1-P).

Recently, a CRISPR/Cas9 and a TYMP cDNA efficiently integrated a TYMP transgene into hepatocytes in a murine model of MNGIE (Parés et al.). CRISPR/Cas9 was delivered either as mRNA using LNP or non-lipid polymeric nanoparticle, or as cDNA in an AAV viral vector.

Briefly, the best in vivo results were obtained using LNPs carrying the CRISPR/Cas9 mRNAs. Treated mice showed a consistent long-term (1 year) reduction in plasma nucleoside (thymidine and deoxyuridine) levels that correlated with the presence of TYMP mRNA and functional enzyme in liver cells. Some degree of gene editing was found in animals treated only with AAV vectors containing the DNA templates, although there was no impact on plasma nucleoside levels. Overall, these results demonstrated the feasibility of liver-directed genome editing in the long-term correction of MNGIE, with several advantages over other methods.

In supplemental information, the efficiency of transfections of mRNA by PLPs and LNPs was initially evaluated in vitro using TriLink EGFP mRNA, which encodes enhanced green fluorescent protein, a commonly used reporter. The CRISPR/Cas9 platform was delivered using TriLink Cas9 mRNA, which includes a 5’ CleanCap®, a 3’ poly(A), and is optimized for mammalian systems.

Alpha-1 antitrypsin deficiency (A1AD) is a hereditary disorder that occurs most frequently in Americans of Northern or Central European descent, affecting approximately 100,000 Americans. A1AD is characterized by low levels of the protein alpha-1 antitrypsin (A1AT) found in blood. A deficiency of A1AT allows proteolytic enzymes to attack various tissues of the body. This deficiency may predispose an individual to several illnesses and most commonly manifests as chronic obstructive pulmonary disease (COPD) and liver disease (especially cirrhosis and hepatoma).

A1AD is caused by mutations in the SERPINA1 gene responsible for the production of A1AT. As A1AD is a monogenic disease needing improved treatment, it is an ideal candidate for mRNA therapy. In light of this goal, researchers at Alexion Pharmaceuticals have begun studies to develop an mRNA-based therapeutic for A1AD.

In vivo studies in wild-type mice demonstrated SERPINA1 mRNA and protein expression in the liver and lungs, two target organs critically affected by A1AT deficiency. Taken together, these data suggest that SerpinA1 mRNA therapy has the potential to benefit patients suffering from A1AT deficiency.

Connolly et al. concluded by stating that in order to provide long term benefits for A1AD patients, mRNA therapy requires improvements. This remains a challenge given that current half-lives for exogenously delivered mRNA are typically 24–48 h in tissue. In contrast, protein half-lives vary depending on the protein's degradative mechanisms. Strategies to increase the half-life of therapeutic mRNAs are under investigation, and early data indicate that modulating the UTRs flanking codon-optimized mRNA could help (see also Wayment-Steele et al.).

All of the above examples illustrate the versatility of CRISPR gene editing and mRNA-encoded protein delivery as therapeutic strategies for treating rare diseases by targeting the known gene mutations associated with them. Given the highly advanced state of current DNA and mRNA sequencing technologies for identifying genetic mutations, and the global awareness of the urgent need to find treatments for orphaned rare diseases, there is optimism for more clinical breakthroughs using CRISPR gene editing or delivery of mRNA-encoded proteins.