A few years ago, I posted a blog titled In Search of RNA Epigenetics: A Grand Challenge, which commented on new discoveries of how chemically modified bases in mRNA were enzymatically added and removed, as mechanisms of cellular regulation. Since these processes occur post-transcriptionally, i.e. after mRNA is polymerized from DNA template, they are by definition epigenetic. The Greek prefix epi- ("over, outside of, around") in epigenetics implies features that are "on top of" or "in addition to" the traditional genetic basis for inheritance.

That earlier blog (Part 1), featured N6-methyladenosine (m6A) and 5-methylcytidine (m5C), and quoted an expert’s comment that biological functions of pseudouridine (Ψ), 2’-O-methyl (2′-OMe), and potentially other modifications in mRNA and various non-coding RNAs need to be elucidated. I subsequently blogged about profiling Ψ in mRNA in Part 2. In this post, Part 3, I will share recent developments on 2’-OMe and introduce N3-methylcytidine (m3C) as the most recently discovered modification in mammalian mRNA.

Mapping 2'-O-Methylation Sites in Human mRNA with Base Precision

This section heading is taken from the title of a July 2017 publication in Nature Methods by an international team that included Chuan He, who I featured in Part 1 of this series. These investigators noted that existing methods for locating 2’-OMe sites are underpowered for detection in relatively rare RNA molecules, such as mRNA, or at low abundance within a given RNA molecule.

To address these challenges, they developed a conceptually distinct approach based on the different chemical properties of nucleosides with 2′-OH and 2′-OMe, as well as combining enrichment with detection of a positive signal (rather than the lack of signal) to produce a suitably sensitive sequencing method. This method, named Nm-seq, leverages oxidative cleavage of ribose 2′,3′-vicinal diols by periodate to expose, enrich and map 2’-OMe sites in the transcriptome without bias and with single-nucleotide precision, as depicted below. Stepwise details for this biochemical methodology can be found below in the Addendum, so let’s skip to what was found using Nm-seq. 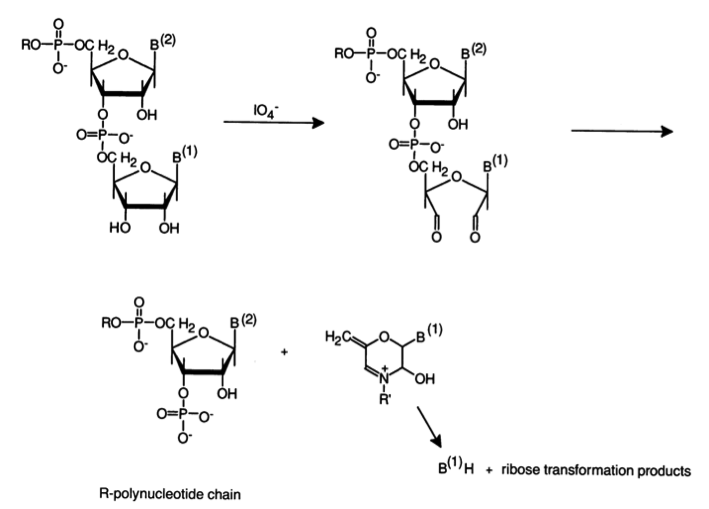 Stepwise details for this biochemical methodology can be found below in the Addendum, so let’s skip to what was found using Nm-seq:

In my opinion, the biggest mystery in these findings is why nature evolved to include only one 2’-OMe modification in most of the mRNAs. It’s also worth pondering whether synthetic modified mRNAs, about which I’ve blogged, would function better when having 2’-OMe in such sites.

In September 2017, an international team reported compelling evidence for the discovery of m3C in mRNA from mice and humans, which previously had only been found in tRNAs. This discovery by Xu et al. is well worth reading for full appreciation as a tour de force of experimental methodology; however, a brief synopsis of key steps is as follows.

The team investigated three mammalian methyltransferases—METTL2, METTL6 and METTL8—the genes for which were each knocked out in mice and in human cell lines using CRISPR/Cas9 (about which I’ve previously blogged multiple times). Using liquid chromatography triple quadrupole mass spectrometry (LC-MS/MS), they quantified m3C in tRNA fractions in brain and liver tissues from wild-type mice and knockout mutants. The results showed that METTL2 and METTL6 deficiencies led to a 35 and 12% reduction in m3C levels in tRNA, respectively. In contrast to these results, METTL8 deficiency did not produce a significant change in tRNA m3C levels. Instead, Xu et al. provide definitive proof through stringent purification of mRNA and quantification by LC-MS/MS that METTL8 acts on mRNA.

Specifically, tRNA was first removed from the total RNA sample by size-exclusion chromatography. The rest of the RNA fraction was subsequently subjected to poly(A) enrichment and rRNA depletion. mRNA extracted from mutant mice with a deficiency of METTL8 showed lower levels of m3C, with no noticeable changes observed for the m3C levels in tRNA.

Commenting on this work by Xu et al., experts Liu & He pointed out that there are “several immediate angles to explore.” Specifically, the locations of the METTL8-installed m3C modifications remain unknown. Furthermore, the functional roles of METTL8 and the m3C modifications, and whether these vary under different stress conditions or during cellular signaling remain to be elucidated. They add that “[i>

dentifying and deciphering the roles of RNA modifications is more than just a biochemical treasure hunt: Defects of certain RNA-modifying enzymes are known to be associated with human diseases. Moving beyond the abundant RNAs to…mRNA and long noncoding RNA, coupled with the discoveries of chemical modifications such as…m3C methylations, is opening new directions in understanding RNA modification-mediated RNA processing and gene expression regulation.” 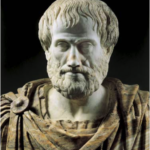 In my humble opinion, the number of chemical modifications in mRNA has indeed increased quickly during the past decade, which adds to our factual data for RNA epigenetics while continuing to challenge our understanding of this exciting field through further experimentation. In this regard, I’m reminded of the following quote attributed to the ancient Greek philosopher and scientist Aristotle:

Nm-seq first exposes internal 2’-OMe (“Nm”) sites in RNA fragments (Step I below) by iterative oxidation–elimination–dephosphorylation (OED) cycles that remove unmodified 2′-OH nucleotides (one per cycle) in the 3′-to-5′ direction. Vicinal diols in these nucleotides are readily oxidized by sodium periodate to yield a dialdehyde intermediate that undergoes spontaneous β-elimination under mildly basic conditions. With the removal of a nucleoside, the resulting 3′-monophosphate is enzymatically dephosphorylated to allow another cycle to take place. Once a 2’-OMe is encountered, the progressive shortening process comes to a halt, as lack of vicinal diols prevents oxidation (Step II below).

The net result of the iterative exposure process is an enrichment of fragments ending with 2’-OMe, although those ending with 2’-OH still constitute the majority of 3′ termini. A final round of oxidation–elimination (OE) reaction, excluding dephosphorylation, is then performed to generate two types of 3′ ends that differ in their ligation compatibility (Step III below). While unmodified 2′-OH ends produce an unligatable 3′-monophosphate, 2’-OMe ends are resistant to oxidation and retain their ligatable 3′-OH group. In this way, fragments ending with 2’-OMe are preferentially ligated to the 3′ adaptor (note shown below) and further enriched by PCR amplification.

Interested readers should consult the Nm-seq publication by He & coworkers for further details on how this cyclic biochemistry, ligation, and amplification lead to libraries for sequencing and decipherable patterns indicating 2’-OMe positions.

Taken from He & coworkers Nature Methods (2017)