Science vs. Semantics—Perspectives Matter When it Comes to Genetically Modified and Genetically Edited Organisms 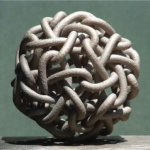 The legendary Gordian knot is a metaphor for an intractable problem. Taken from counter-current.com.

Truth be told, I’ve been vacillating for a long time about writing this blog about genetically modified organisms (GMOs), not for lack of relevance to what’s trending in nucleic acids research, but because it’s an exceedingly complicated subject with no definitive conclusions. There’s a complex mixture of underlying genetic methods, overriding regulatory issues, confused-consumer viewpoints, and balancing global ecosystem vs. humanitarian needs—all interwoven into a modern day version of the Gordian knot.

I’ll now try to unravel some of these tangled perspectives largely to comment on newish nucleic acid-based techniques that are forcing a rethink of regulations in order to better deal with what has become a “regional rat’s nest of regulatory gobbledygook.” Intermixed with the gobbledygook are well-intentioned advocacy groups that nevertheless seem guilty of using irrational—to me—consumer scare tactics.

Too Little Food for Too Many People

The sadly undeniable, humanitarian part of the Gordian knot of GMOs is that—regardless of why—there is too little food to sustain life for too many people currently alive on this planet, with matters getting only worse. The world’s human population has grown exponentially, from about 4 billion people in 1975 to more than 7 billion today. By 2050, this number is projected to rise to approximately 9.6 billion. Today, world hunger—a polite phrase for starvation—together with malnutrition are estimated to affect 1 billion people, which is about 15% of the planet’s population. 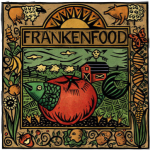 Even with remarkable advances in animal husbandry and crop production efficiency—as well as reductions in waste and population migration—much more is needed to address the current and expected shortfall in food. Genetic engineering—by which I mean any natural or laboratory process that is gene-based—has already provided significant positive contributions and will continue to do so.

Unfortunately, any form of genetic engineering and especially GMOs per se are taken by some to be inherently bad or dangerous, thus giving rise to sometimes irrational arguments such referring to GMOs as “frakenfood.” In developed countries, consumers have the right—and luxury—to eat what they prefer, whereas starving folks elsewhere simply need calories and protein, something that GMOs can efficiently provide.

Although Mother Nature’s natural forms of genetic modification underlie evolution of all life forms, human intervention began in the 1970s when Stanley Cohen and Herbert Boyer co-invented recombinant DNA cloning technology, which allowed genes to be transplanted between different biological species. Together with others, Cohen and Boyer published the creation of the first genetically modified organism (GMO) in 1974.

Over the ensuing four decades, there has been rapid progression from the lab to plants and animals that is summarized elsewhere as key technical milestones—along with consumer concerns and increasingly complicated, seemingly ad hoc regulations by US and European authorities. This rat’s nest of regulations reflects difficulties in writing and legally interpreting methods-based regulations, as discussed recently by scientists who suggest that GMO food and animals should be judged by “product, not process.” In other words, the regulatory focus should be the final end-product obtained rather than the process or method by which it is obtained, a view I strongly support and one that has been echoed more recently in an article in The Scientist magazine.

In researching this blog, I found The North American Agricultural Biotechnology Council website to be chock full of reliable information related to its annual public meetings about the safe, ethical, and efficacious development of agricultural biotechnology products since 1988. Its extensive report in 2014 provides details for various methods for “gene editing”—the newish and safe-sounding descriptor for genetically engineered or genetically modified, that may be more semantics than science, in my opinion. But I digress….

Here are just some of the plethora of GM methods to expand upon why processes—as opposed to products therefrom—have entered kind of a gray zone for regulatory classification.

Recombinant Methodology: This refers to the original methods for producing an organism having DNA from one species integrated with another, and can be simplistically viewed as the molecular level equivalent of unintentionally creating an evil Frankenstein.

Gene Editing by Nucleases: Zinc finger nucleases (ZFNs), transcription activator-like effector nucleases (TALENs), and now CRISPR/Cas RNA-guided nucleases are described on TriLink’s webpage Genome Editing mRNA. These nucleases make breaks only—in theory—at the desired DNA targets. Everything that happens afterward depends on cellular DNA-repair activities. This means that the outcomes of a nuclease-mediated targeting event may be different in different organisms or cell types, depending on the status of those repair activities.

Oligo-Directed Editing: Use of gene-repair oligonucleotides (GRONs) for precisely targeted mutations in plants and other organisms has been pioneered by Cibus, and is depicted below in its process called Rapid Trait Development System (RTDS™). 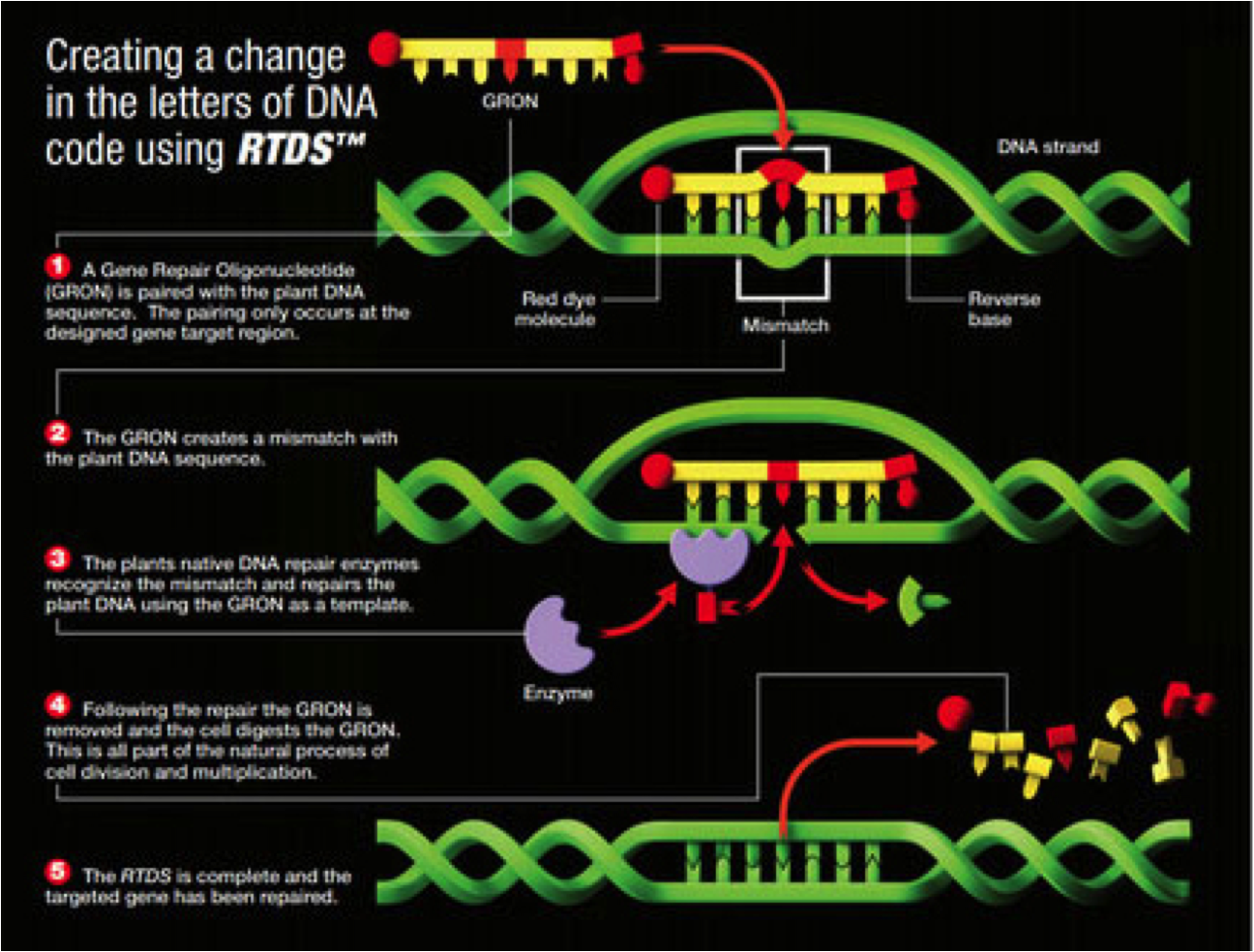 The key feature of GRON is that the synthetic oligonucleotide directs mismatch repair by otherwise natural repair processes but is not incorporated into the resultant DNA. Consequently, the organism’s edited DNA is not recombinant in the classic sense, and therefore not like mythical Frankenstein. 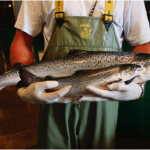 Public awareness and media coverage of GMOs seems to oscillate in and out of focus, and has recently been refocused by extensive press and social media “buzz” about the landmark decision by the FDA for ‘AquAdvantage’ salmon—a fast-growing Atlantic salmon that is the first genetically engineered animal to be approved for human consumption in the United States.

On the plus side, AquaBounty, which has genetically engineered this fish and sought regulatory approval for 20 (!) years, states that this technology provides “the world’s most sustainable salmon” and is also “the greenest fish farming method—land-based aquaculture,” which in my opinion are quite important attributes. On the negative side, there are concerns for various hypothetical “what if” scenarios. In any case, this approval comes at a time when there is a major rethink about how and which US agencies regulate developments enabled by somewhat new and future advances in genetic engineering/gene editing amidst accusations of foiled policies and lack of oversight.

One way to finesse unraveling the genetic Gordian knot related to GMOs is to completely bypass GM and instead use DNA analytical methods to identify biomarkers for genes associated with desired plant or animal traits, such as drought resistance, salt water tolerance, body mass, etc.

While traditional trial-and-error crossings to obtain desired breeds can take decades, companies such as Monsanto have been able to drastically reduce this time by first analyzing parental seed DNA for biomarker analysis and prediction of seed cultivar traits before planting.

Briefly, a seed slicer shaves off a sliver of a seed leaving the rest of the kernel unharmed and suitable for sowing in a greenhouse or field. DNA is extracted from each sliver and then subjected to PCR identification of the presence of a desired gene. Readers interested in this technology can obtain more information here. 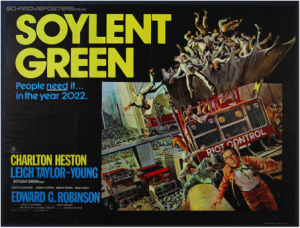 that these global stress factors are in fact quite real today, and 2022 is fast approaching, some are seeking socially acceptable substitutes for Soylent Green. 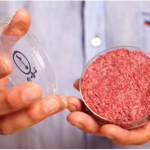 Synthetic beef that’s truly a “burger in a Petri dish.” Taken from theguardian.com.

One futuristic approach involving in vitro culturing of beef protein from cow muscle stem cells understandably received lots of press and social media coverage when it was referred to as a $325,000 hamburger. This research is funded by Google co-founder Sergey Brin, who speaks about this in a video that’s well worth—in my opinion—the six minutes to watch.

Now, only a couple of years later, this seeming impractical feat led to the First International Symposium on Cultured Meat held in The Netherlands in October 2015. You might be thinking that this approach is destined to be merely a scientific curiosity—at best—but I gave up long ago trying to anticipate how far and fast nucleic acid based biotechnology can go.

While this blog has focused on GM related to foodstuff, there are parallel developments aimed at use of gene editing to cure or ameliorate human diseases, which is much more controversial—in my opinion. At a recent International Summit on Human Gene Editing, scientific gurus and ethicists have pondered serious questions about the future of such human gene editing applications. This was prompted in part by Chinese scientists reporting CRISPR/Cas-edited human embryos said to be non-viable. One news report projected there would be a moratorium to assess safety as a therapeutic intervention, and the “slippery slope” to engineering non-therapeutically “enhanced” humans. Slippery indeed, as well as scary—think Frankenstein but better looking, smarter and stronger, as in a “superior race”, but I digress…

The outcome was somewhat of a draw, in that gene-editing of human embryos will be officially allowed but edited embryos cannot be transplanted to allow birth.

I know this is a controversial topic about which everyone seems to have an opinion. So, as always, I welcome your comments and viewpoints.

Postscript on a ‘Farmaceutical’

After writing this blog, the FDA approved a genetically modified chicken that produces a drug for lysosomal disease that can be life-threatening, especially for infants. A drug named Kanuma is made from chickens modified to produce recombinant human lysosomal acid lipase (LAL) protein (rhLAL) in their egg whites. Scientists then refine the whites to extract and purify rhLAL as a medicine that’s administered intravenously. The hens essentially become bioreactors for producing the Kanuma drug, marketed by Alexion Pharmaceuticals. As I mentioned before, there’s really no limit to the applications of nucleic acid based biotechnology.