Spotlight on Women and Girls in Science

In recognition of February 11th as the International Day of Women and Girls in Science, TriLink is proud to not only spotlight the critical role of women and girls in science and its allied fields, but also discuss the work required to close the gender gap. Since the inception of this day, the term science is meant to encompass science, technology, engineering, and mathematics (STEM). February 11th and the global importance of what the day represents were formally acknowledged in a resolution by the United Nations (UN) General Assembly in 2015. Ongoing recognition of the day is implemented by the UN Educational, Scientific, and Cultural Organization (UNESCO) and UN Women, in collaboration with institutions and civil society partners. The aim is to promote full and equal access to and participation in science for women and girls worldwide. Thus, the International Day of Women and Girls in Science is part of the global movement to address gender inequality. As per the UNESCO website, gender equality is a global priority for UNESCO and UN Women. Supporting young girls, their education, and their ability to make their ideas heard is critical for development and peace.

Unfortunately, statistics still demonstrate a lack of equality in the STEM fields for women and girls. Although women represent 52% of the college-educated workforce, they only comprise 29% of the STEM workforce. Additionally, as seniority increases, the number of women holding these positions declines. According to a 2021 publication that looked at academic faculty, more than 70% of STEM laboratories have male principal investigators (PIs), and these laboratories are less likely to include female graduate students or postdoctoral trainees. Women are also 10–20% less likely to earn the title of PI compared to male peers. On average, startup funds offered to women are ∼$500,000 less than those garnered by their equivalently qualified male counterparts. In corporations, only 19.2% of board positions in STEM-related industries were filled by women in 2020. The discrepancies widen in mathematics: only 5% of all mathematics and statistics students globally are women.

According to an April 2021 PEW Research Report, women's representation among six STEM occupational clusters has not significantly changed since 2016. In addition to the need for increased representation, the report also notes that Hispanic and Black workers continue to be underrepresented in the STEM workforce, while White and Asian workers are overrepresented. While this situation needs to change, let’s now turn to notable examples of women in STEM fields.

Today, many practical physical and biological sciences applications are intertwined with technology, engineering, and applied mathematics or statistics. Two timely and important examples of interdisciplinary STEM subjects, and the role of women within them, are mRNA vaccines against COVID-19 and CRISPR gene editing, as briefly outlined below.

A core component of the COVID-19 vaccines developed by Pfizer/BioNTech and Moderna is the nucleoside-modified N1-methylpseudouridine (m1ψ) mRNA. This type of mRNA was pioneered at the University of Pennsylvania by Katalin Karikó, a Hungarian woman, and her colleague Drew Weissman. Karikó is now a senior vice president at BioNTech. As she describes, her success is the result of continued perseverance, which allowed her to overcome many challenges. For her contributions to mRNA vaccinology, she was co-recipient of the 2021 Lasker Award—widely considered a stepping stone to a Nobel Prize.

BioNTech was co-founded by Özlem Türeci, a woman scientist born in West Germany from Turkish parents. Türeci’s mother was a biologist and her father a surgeon. As a child, the nuns working alongside her father inspired her, and she became a medical researcher.

At Moderna, Melissa J. Moore, an American RNA biochemist with well-known academic credentials, is the Chief Scientific Officer. In her role, she helped lead the development of the Moderna COVID-19 vaccine (as recounted elsewhere, along with her inspiring life story). Another key woman scientist at Moderna, Hamilton Bennett, is senior director of Vaccine Access and Partnerships. Bennett, who holds graduate degrees in environmental health and microbiology, as well as a certificate in epidemiology, has spent the last six years as a researcher and leader on the company's vaccine portfolio. An ABC News story about 35-year-old Bennett described her as “one of the unsung heroes of the pandemic, working feverishly and tirelessly behind the scenes throughout the year to help engineer a vaccine that could potentially save millions of lives.”

As detailed in various past blogs in the Zone, CRISPR/Cas-based gene editing has rapidly revolutionized modern biotechnology and medicine. In recognition of fundamental contributions to the CRISPR/Cas method, two women scientists, Emmanuelle Charpentier and Jennifer Doudna, were co-awarded the 2020 Nobel Prize in Chemistry.

Born in France, Charpentier studied biochemistry, microbiology, and genetics in Paris. Her Ph.D. project investigated molecular mechanisms involved in antibiotic resistance. She later conceived the use of single-guide RNAs for CRISPR. Charpentier co-founded the drug-discovery company CRISPR Therapeutics, and she is currently a director at the Max Planck Institute for Infection Biology in Berlin.

Jennifer Doudna grew up in Hilo, Hawaii, and earned a Ph.D. from Harvard, where she worked on the mechanisms of self-splicing RNA under the supervision of Jack Szostak. Szostak was co-recipient of the 2009 Nobel Prize for Physiology and Medicine, along with Elizabeth Blackburn and her graduate student, Carol Greider. In addition to being a professor at the University of California, Berkeley, Doudna has co-founded Caribou Biosciences, Scribe Therapeutics, and Mammoth Biosciences, each of which utilizes CRISPR-based gene editing for drug development purposes.

The Doudna/Charpentier discovery of basic CRISPR/Cas-based gene editing via targeted DNA cleavage spawned intense interest in evolving methodological variations to provide expanded applications and improvement. Chief among these is achieving “pinpoint,” i.e., single-base editing in a way that bypasses cleavage of DNA to mitigate untoward effects. The pioneering publication in prestigious Nature, titled Programmable Base Editing of A•T to G•C in Genomic DNA Without DNA Cleavage, has received nearly 200,000 accesses since 2017 – a compelling statistic to gauge the impact of this novel base editing approach. The two lead authors, Nicole Gaudelli and Alexis Komor, contributed to this transformational invention as postdocs with über famous David Liu. Along with Liu, Gaudelli and Komor subsequently co-founded Beam Therapeutics, using base editing to find cures for serious diseases. Gaudelli leads the gene-editing technologies platform group at Beam. Komor joined the Department of Chemistry and Biochemistry at the University of California San Diego in 2017, where her lab develops and applies new precision genome editing techniques to the functional genomics field.

All of the above examples involve women scientists whose careers have progressed from basic research in the lab to leadership positions in corporate settings. This bodes well for the future of other women in STEM.

Actions and Resources for Women and Girls in STEM

An excellent white-paper work-product from the 2014 inaugural meeting of the Initiative on Women in Science and Engineering (IWISE) observes that “achieving gender equality in science will require devising and implementing strategies to overcome the political, administrative, financial, and cultural challenges that exist in the current environment.” This forum of female representatives from multiple career stages, disciplines, and institutions was tasked with identifying ways to ensure that women not just enter science, but remain, compete, and truly excel in scientific careers. The result was the proposal of an initial shortlist of seven recommendations to promote gender equality in science and stimulate future efforts to level the field:

Over the past half-decade, numerous organizations, initiatives, and resources for women and girls in STEM have become available. Noteworthy among these is the American Association of University Women (AAUM) website for The STEM Gap: Women and Girls in Science, Technology, Engineering and Mathematics. This information-rich website provides tabbed access to sections focused on exploring the issues, getting empowered, and taking action. It also has sections on news & insights, fellowships & grants, and membership.

As for girls and STEM, Girlstart is an organization whose mission is to increase girls’ interest and engagement in STEM through innovative, nationally recognized informal STEM education programs. Girlstart’s core programs foster the development of STEM skills, an understanding of the importance of applying STEM knowledge to solve the world’s major problems, and an interest in STEM electives, majors, and careers.

The 5 Programs to Make Your Girl STEM-Strong offered by Black Enterprise are also noteworthy, as is STEMWORKS, an organization that offers all-girl summer camps, robotics teams, and workshops to instill confidence in young girls by showing them that they can accomplish the same things boys can! 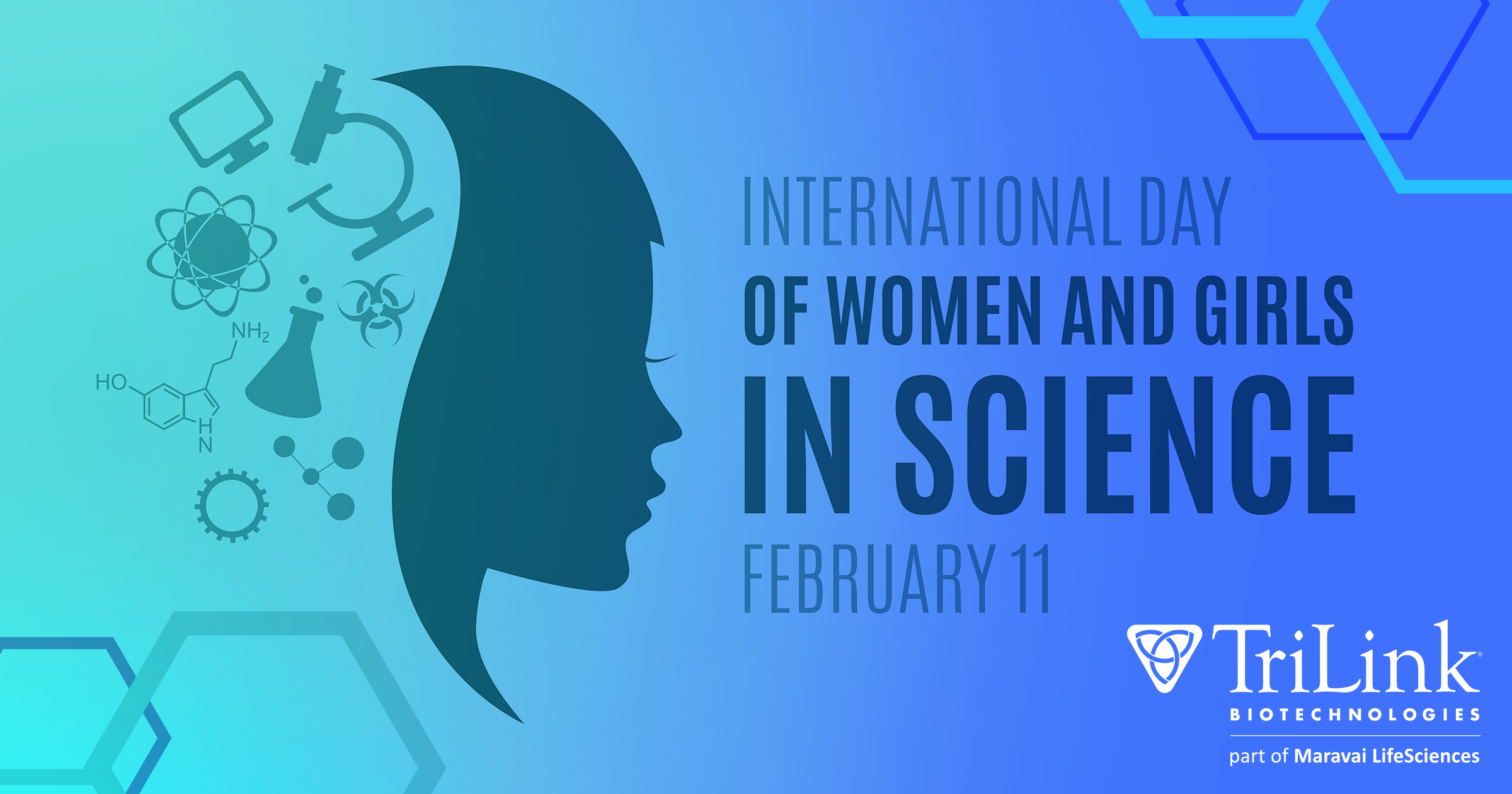