A lengthy 2018 report to the U.S. Congress by a Working Group of experts has warned that “diseases transmitted by ticks are a serious and growing public health concern.” The report adds that 20 medical conditions can result from tick bites, with a 21st recently identified. Lyme disease (LD) is by far the most common condition. Over the past 25 years, cases of LD have increased steadily by 300%, with 30,000 new cases confirmed in 2018, and 300,000 cases estimated in the U.S. 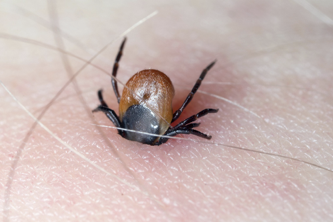 Interested readers can consult this 2018 report for details on the various tick-borne diseases (TBD) and, importantly, all of the recommendations made to Congress. Selections from these recommendations will be briefly reported on in this blog, together with background on LD, DNA-based tests for LD, and vaccines for prevention of LD: past, present, and future—the latter of which includes the possible use of modified mRNA vaccines.

As detailed elsewhere by Steere et al., LD was so-named in 1976 because of the geographical clustering of children in the area of Lyme, Connecticut, who were thought to have juvenile rheumatoid arthritis. It then became apparent that Lyme arthritis was a late manifestation of LD associated with an insect bite. Many people with early-stage LD develop a distinctive circular rash (erythema migrans, EM) at the site of the bite that is described as looking like a “bull's- eye” on a dart board, as seen here. Other symptoms include fever, chills, fatigue, headache, numbness in hands and legs, joint pain, and short-term memory loss. Antibiotics are used to treat the infection.

In 1981, Burgdorfer and colleagues discovered a previously unidentified spiral-shaped bacterium, named Borrelia burgdorferi. (B. burgdorferi), in a black-legged tick (Ixodes scapularis; aka deer tick), both of which are pictured here. The bacterium was cultured from patients with early LD, and patients’ immune responses were linked conclusively with the organism. Based on genotyping of isolates from ticks, animals, and humans, B. burgdorferi has now been subdivided into multiple Borrelia species, including three that cause human infection. The sole cause of LD in the U.S. is B. burgdorferi. Although all three species are found in Europe, most disease there is caused by B. afzelii or B. garinii, and only these two species seem to be responsible for the illness in Asia.

3D illustration of B. burgdorferi.

Close-up photo of a deer tick on piece of straw.

According to Steere et al., LD continues to flourish and spread because of evolving climatic conditions that are especially favorable for B. burgdorferi infection between animals (enzootic). This is explained and schematically depicted elsewhere by the researchers. While originally associated with favorable weather in northeastern U.S., a recently published study found B. burgdorferi in a variety of mammalian and avian hosts throughout Canada. These findings further demonstrate the ability of this pathogen to spread across wide geographical areas, and investigators warn of “a serious public health contagion Canada-wide.” Such findings may equally apply to other parts of the world.

The Borrelia Genome and Pathogenesis

Before commenting on DNA-based tests for Borrelia in the next section, I think it’s important to discuss this pathogen’s unusual genome. The determination and analysis of the first Borrelia genome sequence, B. burgdorferi type strain B31, stimulated significant progress in the biology, genetics and molecular pathogenesis of Borrelia, according to Casjens et al. Its unusual genome is comprised of a 910 Kbp linear chromosome and twenty-one (twelve linear and nine circular) plasmids that contain over 600 Kbp of DNA (two additional plasmids are now thought to have been lost between the isolation of strain B31 and its genome sequence determination). Casjens et al. further note that many other studies have shown that Borrelia isolates universally harbor numerous linear and circular plasmids. The B31 chromosome carries 815 predicted genes that largely encode for housekeeping functions. These functions include minimal metabolic capabilities, meaning that the pathogen cannot synthesize amino acids, nucleotides, or lipids de novo.

The pathogenesis of B. burgdorferi is very complex and beyond the scope of this blog. Some key points worth noting are that this pathogen is highly invasive, but does not produce any toxins. LD pathology is generally thought to be the result of host inflammatory response. Interested readers can consult a review by Petzke and Schwartz for details.

According to Eshoo et al., early diagnosis of LD and correct treatment generally lead to excellent outcomes. Direct Borrelia molecular tests such as PCR from blood can detect and identify active infection sooner than serologic tests, but have suffered from low assay sensitivity for clinical use. For example, early studies using PCR to detect Borrelia in the blood during active infection had limited success, displaying sensitivities of only 18%-26.1%. In recent years, studies have reported a higher detection rate through sampling of larger blood volumes (down to 10 genome copies), by culturing prior to PCR, and by using different PCR techniques such as qPCR or nested PCR.

To investigate further improvements, Eshoo et al. have studied detection of Borrelia DNA using previously commercialized PCR in combination with electrospray ionization mass spectrometry (PCR/ESI-MS). The basis of this detection and identification method is a multi-locus broad-range PCR, followed by determination of the mass of amplicons using automated ESI-MS. From the masses of amplicons, the numbers of DNA base pairs in each amplicon are determined. By analysis of the base compositions of amplicons from all primer pairs, the organisms present in the sample can be identified and quantified through a database of all known base count signatures. This technique has the advantage of rapidly identifying and genotyping pathogens, as well as identifying new genetic variants. The results demonstrated improved sensitivity using 1.25 mL of whole blood and an isothermal amplification for Borrelia DNA on the entire specimen extract prior to a multi-locus PCR/ESI-MS assay.

I researched high-throughput (aka next-generation) sequencing (NGS) for LD diagnosis, and found a recently initiated clinical trial that is investigating NGS for detection of B. burgdorferi DNA in blood of pediatric patients with Lyme-related EM rash. This pilot study will compare 20 study participants with the EM rash (cases) to 10 healthy study participants without an EM rash (controls). The investigators will compare currently used Lyme testing and NGS in both the cases and controls. The case participants will then have two follow-up appointments at 1-3 weeks and 2-3 months later, to obtain updated clinical information and repeat NGS testing. Basic descriptive statistics on the results will be used to determine if NGS is capable of detecting Lyme DNA during the acute phase of infection.

It’s also worth mentioning that Dr. Robert Moritz at the Institute for Systems Biology recently received research funding totaling nearly $525,000 from the NIH to develop novel peptide-based biomarkers for Lyme disease diagnostics. The Moritz group has been at the forefront of the development of whole-proteome assay repositories and will apply this technology to B. burgdorferi.

Vaccines for LD: Past, Present, and Future

Dr. Stanley A. Plotkin. Taken from commons.wikimedia.org and free to use.

The vexing history of a vaccine against LD is perhaps best summarized by Dr. Stanley A. Plotkin, pictured below. He is widely acknowledged as an expert in vaccine development, for which he has received numerous awards. His publication titled Correcting a Public Health Fiasco: The Need for a New Vaccine against Lyme Disease states that “[a>

vaccine against LD was licensed in the U.S. in 1998 but was subsequently removed from the market because of lack of sales. [He believes>

that the poor acceptance of the vaccine was based on tepid recommendations by the Centers for Disease Control and Prevention (CDC), undocumented and probably nonexistent safety issues, and insufficient education of physicians.”

A YouTube presentation by Dr. Plotkin and other experts on this former Lymerix™ vaccine “fiasco” also discusses the present status of vaccine development, which is well worth listening to, in my opinion. Alternatively, or in addition, there is a detailed review article by Embers and Narasimhan titled Vaccination against Lyme disease: past, present, and future.

The TBD Working Group mentioned in the introduction was established by Congress in 2016 as part of the 21st Century Cures Act. It reviews federal efforts related to all TBDs, in order to help ensure interagency coordination and examine research priorities. The TBD Working Group creates a report on its findings, and provides recommendations regarding the federal response to TBD prevention, treatment, research, as well as the notable gaps in these areas.

The 2018 report, which is 108 pages, can be accessed as a PDF at this link.  Among its recommendations, the following were favorably endorsed by LymeDisease.org, a non-profit group that serves the LD patient community through advocacy, education, and research:

• Build trust via a transparent mechanism by which all stakeholders examine and discuss past vaccine activities and potential adverse events to inform future vaccine development in Lyme disease.

• Support the development of safe and effective human vaccines to prevent Lyme disease with transparent mechanisms by which all stakeholders examine and discuss past vaccine activities and potential adverse events to inform future vaccine development.

• Prioritize education by informing clinicians and the general public about the regional and specific risks related to tick-borne diseases.

I’m optimistic that the priorities set by Congress for the National Institutes of Health and CDC, alongside the recent infusion of federal funding, will likely lead to an improved vaccine in the near future. However, I believe the hardest part will be the widespread adoption of such a vaccine in light of the ongoing vaccine resistance (‘anti-vax’) movement, which I have recently blogged about. In a recent publication that characterizes the anti-vax phenomenon as a “regression in modern medicine,” Hussain et al. describe some of the reasons behind the recent strengthening of the movement, the role of the internet in the spread of anti-vaccination ideas, and the repercussions in terms of public health and safety.

To end on a positive note, I searched Google Scholar for Lyme and TriLink and found 33 items, the majority of which are patents that use modified mRNAs as potential vaccines against LD. This experimental interest in possible mRNA vaccines for safe and effective protection from LD is consistent with the current interest in modified mRNA, which I have previously blogged about. Readers interested in modified mRNA can find brochures, posters, and videos by clicking TriLink Education.

After I wrote this blog, the CDC issued a press release on the disease threat posed by the fast-multiplying Asian long-horned tick, which is quickly spreading across the U.S. and looks similar to the tick shown here. “The full public health and agricultural impact of this tick discovery and spread is unknown,” said Ben Beard, PhD, deputy director of CDC’s Division of Vector-Borne Diseases.  “In other parts of the world, the Asian long-horned tick can transmit many types of pathogens common in the United States. We are concerned that this tick, which can cause massive infestations on animals, on people, and in the environment, is spreading in the United States.”

The press release adds that New Jersey was the first state to report the tick on a sheep in August 2017. Since then, 45 counties or county equivalents in New Jersey and eight other states—Arkansas, Connecticut, Maryland, North Carolina, New York, Pennsylvania, Virginia, and West Virginia—have reported finding the tick on a variety of hosts, including people, wildlife, domestic animals, and in environmental samples. On May 31, 2019, Wormser et al. published an article in Clinical Infectious Diseases titled First Recognized Human Bite in the United States by the Asian Longhorned Tick, Haemaphysalislongicornis. 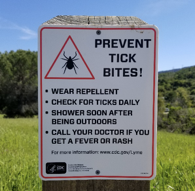 The heightened concern for the Asian long-horned tick is based on the fact that, in contrast to most tick species, a single female Asian long-horned tick can produce offspring (1,000-2,000 eggs at a time) without mating. As a result, hundreds to thousands of ticks can be found on a single animal, person, or in the environment. Livestock producers and pet owners should work with their veterinarians to maintain regular tick prevention and report any unknown tick species to their local department of agriculture. 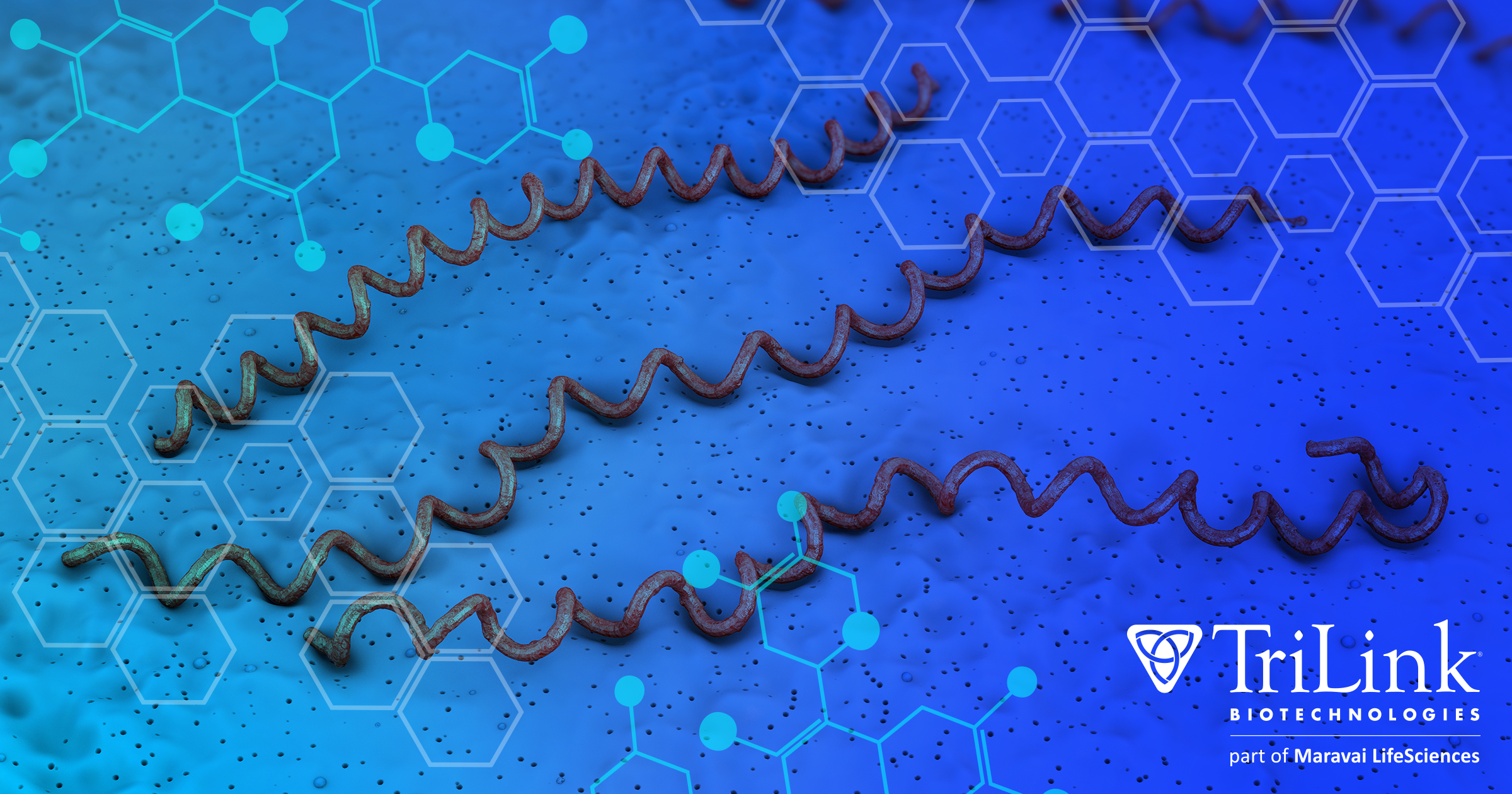