In modern molecular biology and biotechnology, very few methods have been met with as much success as CRISPR, as evidenced by this chart of publications indexed to CRISPR in the NIH PubMed database. The rate of annual increase indicates that there will be ~6,200 CRISPR-related publications added to PubMed by the end of 2020, amounting to an incredible average of 17 articles each day, 7 days per week! 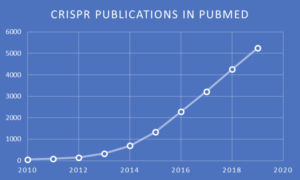 There are many variants of CRISPR-based methods that have been applied to virtually every of molecular biology and biotechnology, such as gene editing, functional genomics, diagnostics, epigenetic editing, and more. This versatility is demonstrated by ~600 review articles that appeared in PubMed during only the past year. Although the Zone has previously featured selected topics involving CRISPR in past and recent blogs, this blog is especially noteworthy, as it will cover light-induced vfCRISPR reported on June 20, 2020, by Liu et al. at Johns Hopkins University School of Medicine. A perspective article in prestigious Science magazine described vfCRISPR as “transformative for understanding” kinetic aspects following DNA double-strand breaks (DSBs). According to Science metrics, this publication by Liu et al. was viewed over 44,000 times in only 10 days, indicating a remarkable level of interest by the scientific community. 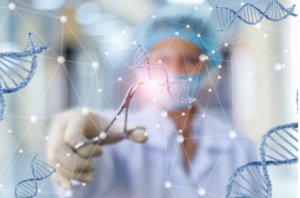 Photochemical “uncaging” is the key trigger for this methodological advance, and this chemistry will be introduced in the next section before proceeding to its application for vfCRISP.

Photoremovable (sometimes called photoreleasable, photocleavable, or photoactivatable) protecting groups (PPGs) provide spatial and temporal control over the release of a wide variety of chemical moieties, as reviewed elsewhere. In one of the first applications to a biochemical, namely adenosine 5’-triphosphate (ATP), Kaplan et al. used 2-nitrobenzyl as the PPG and introduced the term “caged” to designate a compound protected by a PPG. Thirty years later, in 2007, a structural variant of this PPG was reported by Deiters and coworkers for light-mediated uncaging (i.e. activation) of a DNAzyme.

As depicted here, the oligonucleotide comprising the DNAzyme was chemically synthesized using a 6-nitropiperonyloxymethyl (NPOM) derivative of deoxythymidine (NPOM-caged-T). The NPOM group at a single site, which functionally blocked (i.e. caged) the DNAzyme activity, could be removed in only a few minutes using UV light at 365nm to produce the T moiety and thus release (i.e. uncage) DNAzyme activity. 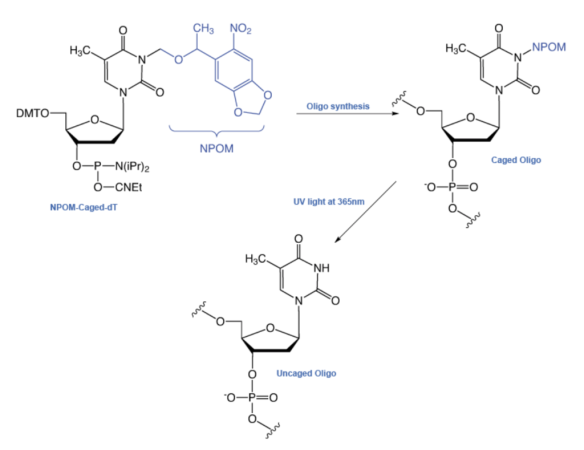 Taken from Glen Research, part of Maravai LifeSciences, with permission.

As discussed in a technical report by Glen Research, which sells NPOM-caged-T phosphoramidite, Deiters and coworkers have also demonstrated “an astonishing array of applications of this strategy” in the fields of PCR and polymerase activity, antisense and gene silencing, regulation of restriction endonuclease activity, enzyme-free mutagenesis, and photochemical control of DNA decoy function to regulate gene transcription.

The location and minimum number of NPOM-caged-T moieties incorporated into an oligonucleotide to achieve functional inactivity is sequence- and condition-dependent, and is best approached by systematic empirical determinations. In any case, photo-uncaging of an oligonucleotide is easily carried out with UV light at 365 nm for seconds to minutes, and this can be readily achieved with a UV transilluminator, a hand-held UV light (pictured here), or a fluorescence microscope to uncage the oligo in a specific location within the cell.

The mechanism of NPOM (and other) “on demand” photochemical uncaging is discussed in a comprehensive review by Klán et al. titled Photoremovable Protecting Groups in Chemistry and Biology: Reaction Mechanisms and Efficacy. Briefly, irradiation with UV light leads to fragmentation of NPOM-caged-T into the N-hydroxymethyl derivative of T and the nitroso ketone depicted here. The former fragment then spontaneously decomposes to T and formaldehyde.

Fragments produced by light-induced uncaging of NPOM-caged-T in an oligonucleotide. Drawn by Jerry Zon.

According to Liu et al., after genomic DNA cleavage by CRISPR-Cas9, DNA damage response (DDR) proteins are recruited to initiate complex repair processes. They add that, although DDR is known to be influenced by factors such as target sequence, cell cycle, and chromatin dynamics; the precise timing and sequence of cellular events require further investigation. Cas9 has potential as a tool for the study of DDR dynamics, but it currently lacks the necessary level of control to initiate precise DNA damage on demand. Liu et al. therefore posit that “[t>

o unveil the nature of Cas9-induced DDR events in living cells, an inducible Cas9 system with the spatiotemporal resolution that matches the rapidity and subcellularity of DDR would be powerful.” 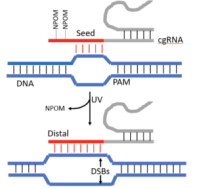 The design principle of vfCRISPR is based on the Streptococcus pyogenes Cas9 (Cas9) cleavage mechanism. According to Liu et al., and as depicted here, after protospacer adjacent motif (PAM) recognition by CRISPR-associated 9 (Cas9), the caged guide RNA (cgRNA) forms base pairs with the target DNA at the PAM-proximal “seed” sequences. However, distal cgRNA sequences are prevented from binding by steric hindrance from the NPOM-caged-T moieties. UV irradiation at 365 nm causes photolytic removal of NPOM groups, leading to uncaged T nucleotides for distal base pairing, which triggers a conformational change of the Cas9 HNH endonuclease domain (not shown). This activates DNA cleavage by both nuclease domains leading to DSBs.

Note that this “cgRNA” construct is actually a chimeric RNA/DNA oligonucleotide comprised of mostly RNA, but it also incorporates two or three DNA moieties, i.e. NPOM-modified T. The significance of the chimeric nature of the cgRNA and reduced off-target cleavage is discussed below.

According to Liu et al., although the Cas9/cgRNA complex retains the ability to bind its target DNA, it cannot cleave because the steric hindrance imposed by the caging groups prevents full DNA unwinding and nuclease activation. Upon light irradiation at 365 nm, the caging groups are removed and the pre-bound, now-activated Cas9/cgRNA complex rapidly cleaves target DNA. This pre-binding without formation of DSBs allows for subsequent “on demand” rapid photolytic uncaging and Cas9 HNH endonuclease-mediated DSBs.

An electrophoretic mobility shift assay like the one exemplified here confirmed that Cas9/cgRNA stably bound to target DNA in the absence of light, and no cleavage was observed. After uncaging with light for incremental periods of time between 1 second to 30 minutes, this assay showed asymptotically increased % cleavage of DNA by the Cas9/cgRNA complex, with ~50% cleavage after only 5 seconds and ~90% after 30 minutes. 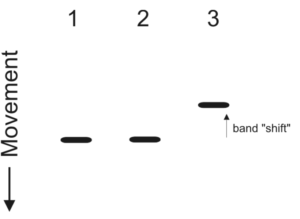 Next, Liu et al. characterized the activity of vfCRISPR in human embryonic kidney 293 cells (picture here) by targeting four endogenous loci (ACTB, IFT88, MYC, PPP1R2) in the genomic DNA. Light-induced indel efficiency up to 97% was found, whereas cells without light exposure had almost no detectable indels. Importantly, cells exposed to this dosage of light exhibited no apparent phototoxicity. Approximately 50% of DNA cleavage was found within 30 seconds of light activation. Compared with other Cas9 induction techniques, such as Rose et al.’s chemically inducible method using a protein-engineered variant of Cas9, vfCRISPR exhibited much faster cleavage kinetics and higher cleavage efficiency. 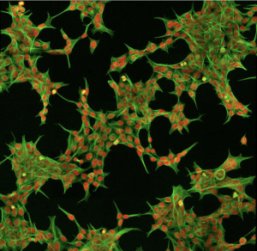 With a precisely defined time for cleavage, vfCRISPR allowed Liu et al. to investigate the generation and repair kinetics of Cas9-mediated DSBs. They measured the percentage of DSBs and indels as a function of time after Cas9 light-activation at multiple target sites, and adopted mathematical models to describe the kinetics of DSB and indel formation, as detailed in the Supplementary Materials.

A diagram illustrating the principles of chromatin immunoprecipitation sequencing (ChIP-seq), where the location of binding by a specific protein to DNA is investigated. Taken from commons.wikimedia.org and free to use.

By doing so, the researchers were able to elucidate events related to the MRN complex, a protein complex consisting of MRE11, Rad50, and Nbs1 that plays an important role in the initial processing of double-strand DNA breaks. As illustrated in the generalized scheme shown here, the MRN complex binds avidly to double-strand breaks and serves to tether broken ends prior to repair.

Liu et al. were able to track the recruitment of MRE11, which forms the MRN complex with Rad50 and Nbs1 to the ACTB cleavage site, as illustrated in the generalized scheme shown here. Liu et al. observed rapid MRE11 recruitment that reached half-maximal signal between 5 and 15 minutes. Readers interested in this and additional mechanistic details revealed by vfCRISPR and ChIP-seq can consult Lui et al., as this topic requires deeper discussion of the results than what is provided here.

To the best of our knowledge, vfCRISPR provides the highest spatial and temporal resolutions to induce site-specific DSBs in living cells. This study sets the blueprint for further systematic studies of the DDR that combine vfCRISPR with time-resolved biochemical, sequencing, and imaging readouts. The use of cgRNA with other Cas9-based systems such as nickases, base editors, and prime editors may facilitate the study of single-strand break, base excision or mismatch, and flap repair, respectively. Combining vfCRISPR with subcellular photoactivation potentially enables precise genome editing with single-allele specificity and elimination of off-target activity.

According to the perspective article in Science magazine mentioned in the introduction of this blog, “[l>

he exquisite spatial control of DSB formation by light could also be exploited to illuminate repair pathways in different nuclear compartments. It also provides flexibility in experimental design to introduce DSBs at multiple locations individually, sequentially, or simultaneously.” For example, “adapted optogenetics (light-activated protein manipulation) in neurons could allow precise interrogation not only of gene function, but also of the role of DNA breaks in neuronal activity and repair pathways.”

This utility is reiterated in the following quote in Genetic Engineering & Biotechnology News:

“The advantage of our technique is that researchers can get the CRISPR machinery to find its target without prematurely cutting the gene, holding back its action until exposed to light,” stated study co-author Roger Zou, a Johns Hopkins MD, PhD, candidate. “This allows researchers to have far more control over exactly where and when the DNA is cut.”

A BioSpace news item about vfCRISPR adds that “[f}or researchers, vfCRISPR’s precision and speed mean gene editing can be done in the lab on-demand. That enables real-time studies of DNA repair, thus expanding understanding of the DNA activity that causes aging and many cancers.”

The Zone shares these promising outlooks for vfCRISPR and echoes some of the enthusiastic and favorable comments on Twitter: 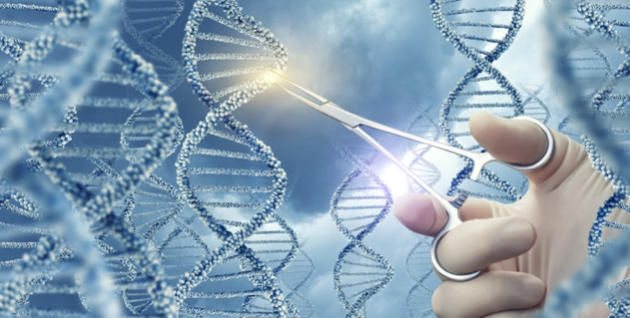 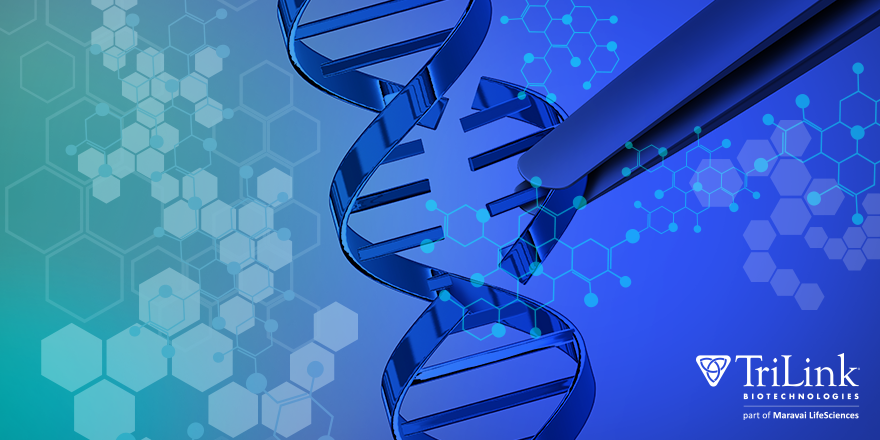