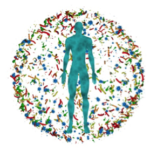 My 2013 blog, Meet Your Microbiome: The Other Part of You, constituted part 1 of this series. The intent was to underscore scientific recognition that trillions of microbes reside in and on each of us, and influence our health. Moreover, the compositions of these microbiomes change with our diet, what we drink or breath, and who we come into contact with, whether that be family members, pets, or close friends.

Part 2 of this series was my 2014 blog, which focused on links between the global obesity epidemic and the gut microbiome, and cautioned microbiome-based therapies. In part 3, which followed in 2017, I commented on the ‘Top Ten Cited’ microbiome publications in Google Scholar. As shown by the chart below, there is an exponential increase in the annual number of publications in PubMed with terms ‘microbiome(s)’ in all fields. The ~8,900 papers that appeared in 2017 give an average of ~24 papers per day, non-stop 7 days per week, which is truly an impressive torrent of new information. 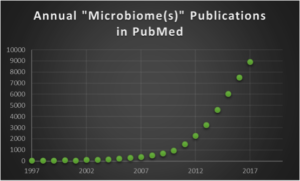 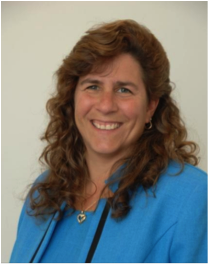 Part 4 of my series on You and Your Microbiome is largely a synopsis of Diet, Microbiome and Health: Past, Present & Future, a recent seminar by Cindy D. Davis, PhD, a Director in the Office of Dietary Supplements (ODS) at the National Institutes of Health (NIH). The mission of ODS includes strengthening the common understanding of dietary supplements by evaluating scientific information, supporting research, and educating the public in an effort to foster an enhanced quality of life and health for the U.S. population.

The importance of the ODS mission, and the NIH’s highly regarded reputation as a source of reliable health-related information, led me to select this seminar by Dr. Davis.

Dr. Davis presented her seminar as part of the 2018 Dietary Supplement Research Practicum sponsored by the NIH ODS. This 2.5-day annual event for faculty, students, and health practitioners provides a thorough overview of the issues, concepts, unknowns, and controversies surrounding dietary supplements. This seminar, followed by a Q&A session, is available as a video on YouTube.

In her seminar, Dr. Davis introduces the human microbiome and describes evidence on how diet and dietary supplements can modulate the gastrointestinal (GI) microbial community structure. She also describes evidence on how the GI microbiome can influence the response to dietary components, and the relationship between dietary components, the microbiome, and chronic diseases such as obesity, cardiovascular disease, and cancer.

Perhaps the biggest surprise of the Human Genome Project (HGP) was the discovery that the human genome contains only 20,000 - 25,000 protein-coding genes, about a fifth of the number researchers had expected to find. To search for the missing genes that could account for this discrepancy, researchers started looking toward other sources of genetic material that contribute to human function. One of these sources was the human microbiome.

The human microbiome is defined as the collective genomes of the microbes (composed of bacteria, bacteriophage, fungi, protozoa, and viruses) that live inside and on the human body. There are about 10 times as many microbial cells as human cells. So, to study the human as a "supraorganism," composed of both non-human and human cells, the NIH launched the Human Microbiome Project (HMP) in 2007, as a conceptual extension of the Human Genome Project.

There are estimated to be ~100 trillion (!) gut microbiota, defined as the microbes in our GI tract. Most of the microbes in the microbiome do not cause disease. In fact, humans rely on microbes to perform many important functions that we cannot perform ourselves. Microbes digest food to generate nutrients for host cells, synthesize vitamins, metabolize drugs, detoxify carcinogens, stimulate renewal of cells in the gut lining, and activate and support the immune system. 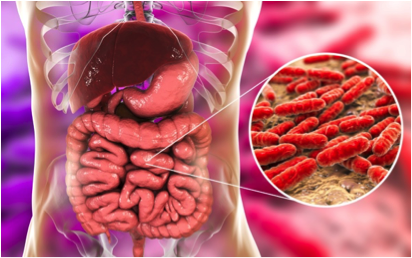 There is growing concern that recent lifestyle trends, most notably the high-fat/high-sugar “Western” diet, have altered the genetic composition and metabolic activity of our human gut microbiomes. Such diet-induced changes to gut-associated microbial communities are suspected of contributing to growing epidemics of chronic illnesses in the developed world, including obesity and inflammatory bowel disease. Yet, it remains unclear how quickly and reproducibly gut bacteria respond to dietary change. 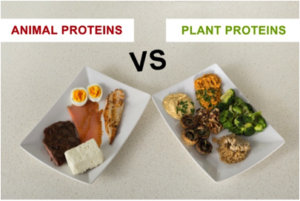 David et al. have addressed this question in a study of human volunteers, and found that the short-term consumption of diets composed entirely of animal or plant products alters microbial community structure and overwhelms inter-individual differences in microbial gene expression.

Microbial activity mirrored the differences between carnivorous and herbivorous mammals, reflecting trade-offs between carbohydrate and protein fermentation. Foodborne microbes from both diets transiently colonized the gut, including bacteria, fungi, and even viruses. David et al. concluded that, in concert, these results demonstrate that the gut microbiome can rapidly respond to an altered diet, potentially facilitating the diversity of human dietary lifestyles.

Similar findings have been reported by De Filippo et al., who evaluated the impact of diet in shaping gut microbiota in a comparative study in children from Europe and rural Africa. More recently, there was widespread media coverage on a publication in the highly respected Cell journal by Vangay et al. They used metagenomic DNA sequencing and found that migration from a non-Western country to the U.S. is associated with immediate loss of gut microbiome diversity and function, in which U.S.-associated strains and functions displace native strains and functions. These effects increase with duration of U.S. residence and are associated with increased obesity.

In her seminar, Dr. Davis emphasized that usage of probiotics, which by definition contain live bacteria, is by far the fastest growing (~17% annually) dietary supplement. She added that U.S. sales of probiotics in 2016 was $1.8 billion, which ranked third among sales of other dietary supplements, following B vitamins ($2.1 billion) and multivitamins ($5.9 billion). I later found that the global probiotic market is estimated to be $64 billion by 2023. 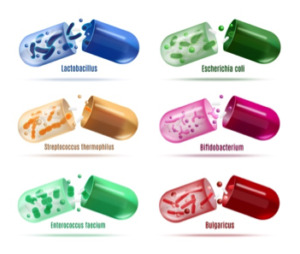 Dr. Davis emphasized the need for caution in accepting reports purporting linkage between probiotics and parameters for obesity such as BMI, shown here in easy-to-use graphical form. She said this caution is based on the results of a systematic review and meta‐analysis of randomized controlled trials, published by Borgeraas et al. in 2017. In a nutshell, these investigators searched for placebo-controlled trials published between 1946 and September 2016. A meta-analysis was performed to calculate the weighted mean difference between the intervention and control groups. Of 800 studies identified through the literature search, only 15 met standards for inclusion in the final analysis. 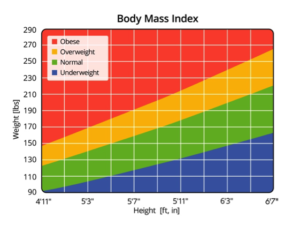 The meta‐analysis showed that short‐term (≤12 weeks) probiotic supplementation reduced body weight, BMI and fat percentage, but the effect sizes were small. Overall, the risk of bias within included studies was low. Dr. Davis stated that the “findings [of the 15 trials>

were not clinically significant,” and agreed with the conclusion of Borgeraas et al. that “further long‐term studies are required to examine the effects of probiotic supplementation on various measures of body weight.”

This section’s title is the rhetorical question posed by Dr. Davis in her concluding opinions, which were grouped into “what we know” followed by “what we don’t know.”

What we don’t know: 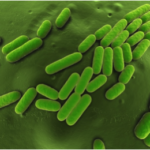 In response to Dr. Davis’s opinion that we don’t yet know “which probiotics are helpful and which are not,” I found that progress is being made toward obtaining such information. For example, Piewngam et al. recently reported in the highly regarded journal Nature that probiotic Bacillus bacteria, commonly ingested with vegetables, protect against the pathogen Staphylococcus aureus, which is known to mutate into antibiotic-resistant variants. Feeding mice B. subtilis spores, shown here, completely abrogated colonization of all tested S. aureus strains in the feces and intestines in experimental set-ups with or without antibiotic pretreatment to eliminate the pre-existing microbiota. Interested readers can consult Piewngam et al. for details on the molecular mechanism that underlies this protective effect.

Another example is the recent report by Bodogai et al., published in the equally prestigious Science Translational Medicine. They identified the health-promoting activity of a bacterium called Akkermansia muciniphila. In brief, it was found that in mice and monkeys whose metabolisms had grown dysfunctional with age, taking steps to boost A. muciniphila in the gut reduced the animals’ insulin resistance. Insulin resistance is the gradual impairment of the body’s ability to efficiently use food for fuel. It is best known as a way station on a patient’s path to developing type 2 diabetes.

Bodogai et al. noted that insulin resistance is also linked to a variety of ills, from obesity and inflammation to the sagging immunity and frailty that comes with advancing age. If A. muciniphila can be experimentally established as a probiotic supplement to slow or reverse insulin resistance, it might have broad and powerful anti-aging effects, in addition to its ability to protect obese adults from developing type 2 diabetes.

It will of course take many years of carefully conducted research on large study populations to determine additional answers to the questions still surrounding probiotics. Moreover, these studies will need to consider genetic differences among ethnic groups, as well as the role of ‘personalized nutrition,’ which I comment on in the next section.

‘A Good Diet for You May Be Bad for Me’

This section’s catchy title is how a news story referred to a publication by Zeevi et al. on the need for ‘personalized nutrition’ when monitoring glycemic responses. Zeevi et al., who were cited by Dr. Davis, state that elevated postprandial blood glucose levels constitute a global epidemic and a major risk factor for prediabetes and type II diabetes, but existing dietary methods for controlling them have limited efficacy. To address this problem, Zeevi et al. continuously monitored week-long glucose levels in an 800-person cohort, measured responses to 46,898 meals, and found high variability in the response to identical meals, suggesting that universal dietary recommendations may have limited utility.

Finally, a blinded randomized controlled dietary intervention based on the algorithm resulted in significantly lower postprandial responses and consistent alterations to gut microbiota configuration. It was concluded that, “together, these results suggest that personalized diets may successfully modify elevated postprandial blood glucose and its metabolic consequences.”

I encourage interested readers to peruse the NIH ODS website tab for Health Information, which is loaded with helpful links, such as the extensive alphabetized list of Dietary Supplement Fact Sheets. There is also a tab For Researchers that includes numerous funding opportunities.

On a different note, while writing this blog I became intrigued on discovering how TriLink products may have been used in microbiome-related research. I searched Google Scholar for “microbiome” and “TriLink” in the same article and found 39 results. Perusing these led me to select the following three exemplary snippets, each of which is linked to the original article that can be consulted by interested readers for further details:

(2.) Peripherally-induced regulatory T cells contribute to the control of autoimmune diabetes. C Schuster, F Zhao, S Kissler - bioRxiv, 2017 - biorxiv.org … The effects of the microbiome on T1D may derive from the capacity of different microbial communities to promote the generation of pTregs relevant to pancreatic autoimmunity. In light of our finding … Cas9 mRNA was purchased from TriLink Technologies …

From these three examples, it is evident to me that the TriLink product-reach indeed extends into various interesting and important aspects of microbiome research.