While mRNA has long been of interest to researchers, its vast therapeutic utility only came under the spotlight during the COVID-19 pandemic. Following the remarkable success of mRNA vaccines in protecting against infection with SARS-CoV-2, significant efforts have been made toward harnessing mRNA for other medicinal breakthroughs. To date, no mRNA-based discoveries have been recognized with a Nobel Prize. However, the authors of a recent Molecular Therapy Nucleic Acids Review are pushing for change by highlighting key findings in the field of mRNA research and the scientists behind them. TriLink’s CleanCap® reagent features in this publication, which reports on the critical importance of capping to improve the translational efficiency and stability of mRNA. 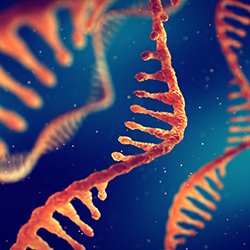 The path to mRNA synthesis

Numerous groundbreaking studies have paved the way for mRNA research as we know it today. These include the initial discovery of mRNA in 1961; proof of gene and protein collinearity in 1964; and elucidation of the genetic code using synthetic oligonucleotides in 1966. Other seminal research has centered on characterizing the core components of functional mRNA – including the poly(A) tail and 5’-terminal 7-methylguanosine cap – and has helped enable mRNA production in vivo. Yet, despite these auspicious developments, efforts within the field of mRNA research have been hampered by the immunogenicity of foreign mRNA and the short duration of protein production.

Based on the observation of Karikó et al. that most natural mRNAs contain modified nucleotides, efforts aimed at overcoming the limitations just described have largely focused on exploiting these altered molecules. The earliest such attempt to improve translational efficiency, published in 1981 by Darzynkiewicz et al., involved methyl esterification of m7G5′ p to yield a capped mRNA that is preferentially recognized during eukaryotic protein synthesis.

Alternative mRNA caps have since been developed to address the high incidence of reverse orientation. These include the anti-reverse cap analog (ARCA), various phosphorothioate cap analogs based on the ARCA concept, and TriLink’s co-transcriptional CleanCap reagent. The publication's authors note that a major advantage of CleanCap is its increased efficiency over ARCA, making it especially appealing for rapid production of mRNA in high quantities.

Methods for reducing immunogenicity have included the incorporation of pseudouridine into mRNA (which additionally serves to enhance translation); improvements to mRNA purification techniques based on high-performance liquid chromatography; and adaptation of the bioprocesses used for mRNA production.

The use of mRNA vaccines has been well documented throughout the COVID-19 pandemic. However, it is important to note that these accomplishments were founded on earlier encouraging clinical trial results for oncology and infectious disease (most notably influenza). In addition, mRNA is being investigated as a means of protein supplementation (e.g., for treating pulmonary diseases like asthma), as well as for mRNA-based cell engineering, where it promises to improve the efficacy of various stem and immune cell therapies.

With so many discoveries contributing to the successful therapeutic use of mRNA, there is a compelling case for awarding recognition. The authors of this review suggest Darzynkiewicz and Karikó to be worthy candidates for a Nobel Prize and propose that mRNA will drive further therapeutic breakthroughs in the near future.

Article reference: Janowski M and Andrzejewska A, The legacy of mRNA engineering: A lineup of pioneers for the Nobel Prize, Mol Ther Nucleic Acids. 2022 Sep 13;29:272-284.