The Eyes Have It

Retinal disease can have devastating consequences for patients suffering from advanced glaucoma, atrophic macular degeneration, advanced diabetic retinopathy, and inherited retinal degenerations. These diseases affect millions of patients, but as their molecular etiologies are elucidated, novel gene therapy approaches for treatment have been proposed. For monogenic diseases, a defective or missing protein can be replaced by treatment with messenger RNAs (mRNAs) encoding the protein in question. Transient expression of transcription factors that up-regulate neuroprotective pathways could also be used to treat a variety of retinal diseases.
The design of effective and minimally immunogenic mRNAs is fairly well advanced. Although delivery of mRNAs has remained a challenge, lipid-nanoparticles (LNPs) are promising candidates for this process. Most studies have focused on mRNA delivery to the liver. Intravenous delivery of LNP-formulated mRNAs largely leads to liver targeting due to LNP binding of apolipoprotein E (Apo E) and subsequent uptake by abundant Apo E receptors on hepatocytes. While delivery to other tissues occurs, the abundance of Apo E receptors on hepatocytes soaks up much of the payload. Once LNPs enter cells by endocytosis, they must also escape the endosome to reach the cytoplasm, where they are translated into proteins. mRNA vectors have an advantage over DNA vectors in non-dividing cells, because DNAs must also cross the nuclear membrane to be expressed and usually require cell division. In contrast, the target for mRNA is the cytoplasm. 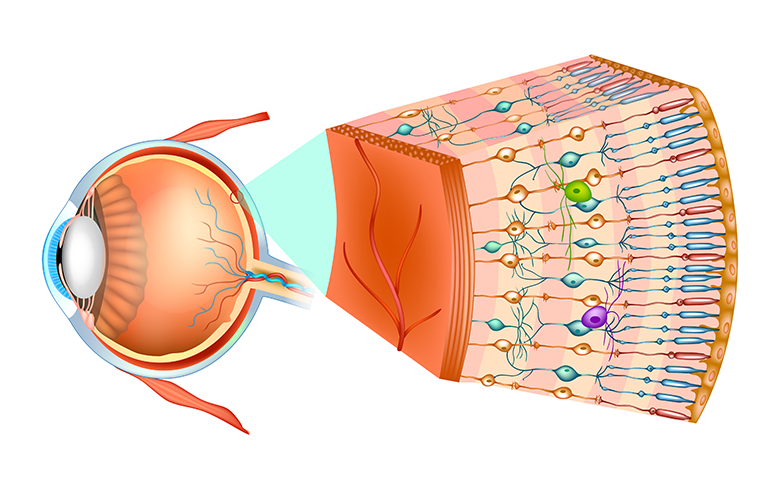 Figure 1: Structure of the human eye and organization of the retina.
Interestingly, beyond the liver, the eye provides opportunities for localized delivery due to a compartmentalized nature and Apo E production. Several different LNP formulations have been previously tested for retinal delivery, but they showed limited efficacy for plasmid delivery. Researchers at Oregon State University and Oregon Health & Science University recently published a screen of seven different LNP formulations for delivery to the retina in the Journal of Controlled Release. The authors reasoned that mRNA delivery might be superior to DNA delivery in the post-mitotic cells of the retina.
To follow retinal transfection, the authors used Firefly Luciferase (L-7202), EGFP (L-7201), and mCherry (L-7203) mRNA from TriLink BioTechnologies. These were capped with CleanCap (N-7113) to achieve a non-immunogenic 5’ cap and modified with 5-methoxyuridine (N-1024) to further reduce immunogenicity. In vivo bioluminescent imaging of luciferase activity allowed for quantification of overall transfection efficiency in the eye. Fluorescent imaging with EGFP and mCherry mRNAs showed which cells in the eye were transfected, as well as what percentage of cells were transfected in the retina.
The authors categorized the different LNP formulations based on their cationic or ionizable characteristics. While two groups showed expression in the eye by bioluminescent imaging, only LNPs that contained ionizable lipids with low pKa and unsaturated hydrocarbon chains showed efficient reporter gene transfection in the retina. Based on their studies, the authors were able to select an optimal LNP for retinal transfection.
After determining that mRNA expression of reporter genes in the retina is feasible, the authors suggested that mRNA therapy could be used to treat age-related macular degeneration and inherited retinal degeneration. Recently, there has also been significant interest in genome editing using Cas 9 mRNAs (L-7211). Genome engineering with CRISPR/Cas9 offers the opportunity for more permanent correction of defects.
Further studies will be required to demonstrate the feasibility of these approaches.